EVERY YEAR the editors of National Wildlife select unusual or funny images from our annual photography competition to feature in our monthly caption contests. We then invite readers to write captions for the photos. Here are the caption contest winners and runners-up, along with the images that inspired them. 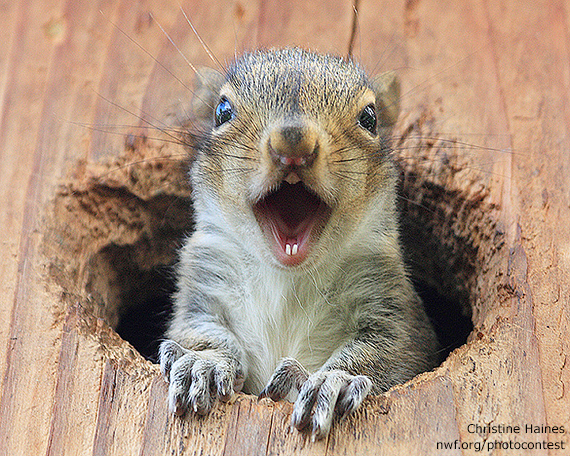 "Can you hear me NOW?!"
--Marla Herring, Hoover, Alabama 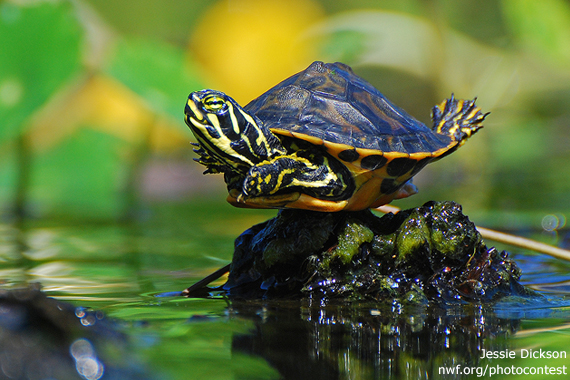 "I must be having a near-water experience."
--Cindy Tebo, Catawissa, Missouri 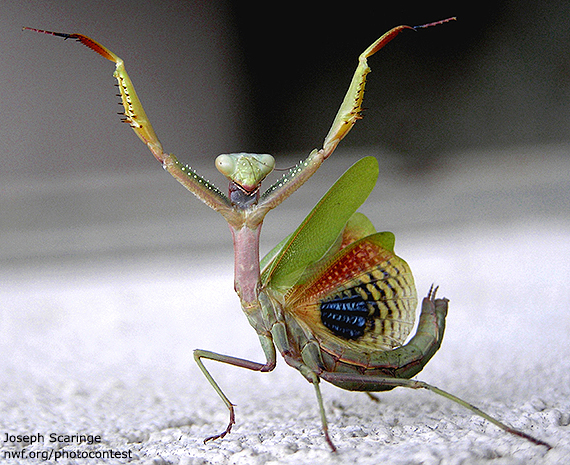 "You want some of THIS?!"
--Marla Herring, Hoover, Alabama

"I just gotta be free, I gotta be me!"
--Cheryl Johnson, Kansas City, Missouri 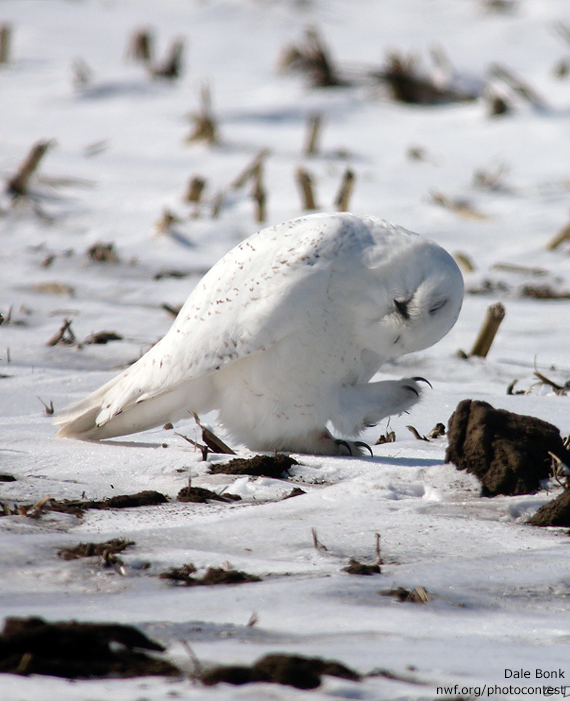 "If I could just reach that itch..."
--Terresa Strock, Marion, Virginia

"Yes, there is a downside to being a narcoleptic predator."
--Kenneth Tredwell, Advance, North Carolina

"Dang, the water seems to have frozen in my ear!"
--R. Hallam, Merritt Island, Florida

"Don't like my dancing, I don't give a hoot."
--Michaela Shires, Walkerton, Minnesota 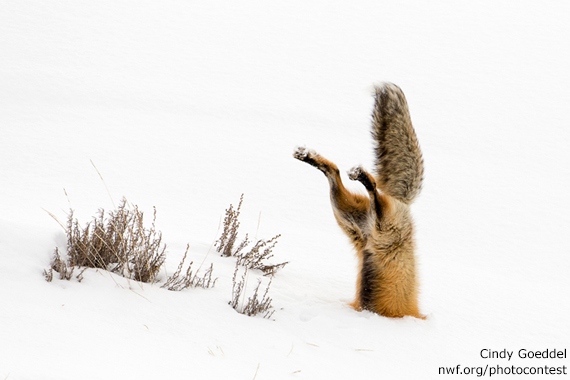 "I think I'm in over my head!"
--Cindy Tebo, Catawissa, Missouri

"I know I left it here somewhere!"
--Jim Ashton, Oregon

Check out more funny photos in our past years' Caption Contest winners! »