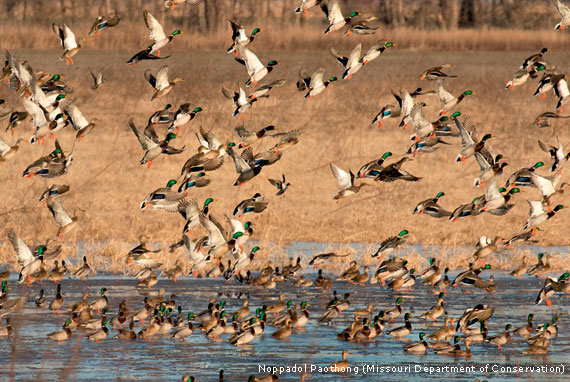 In early January, the White House Council on Environmental Quality rejected a U.S. Army Corps of Engineers proposal to build a levee and two pumping stations near New Madrid, Missouri, which would have drained 50,000 acres of wetlands. The National Wildlife Federation worked with 90 organizations—including its affiliates Prairie Rivers Network (PRN) and Kentucky Waterways Alliance—as well as leaders in three states to rally opposition to the project.

The Missouri wetlands contain rare bottomland hardwood forests and are critical for 114 fish species and 193 migratory and other bird species (such as mallards, above). They also provide natural flood protection for dozens of Missouri, Kentucky and Illinois communities. In this middle Mississippi River region, “it is the last jewel of its kind,” says Melissa Samet, NWF senior water resources counsel.

The levee would have severed the floodplain and its wetlands from the Mississippi River. While a handful of farmers favored the project, “it was really about a few landowners wanting permanent protection at the cost of communities and wildlife,” says PRN Executive Director Carol Hays. 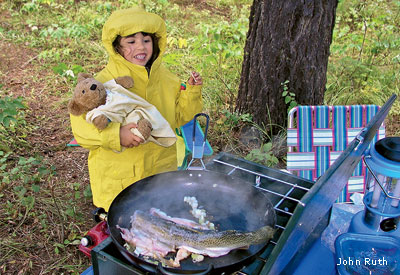 On June 24, NWF will launch its 13th annual Great American Campout™ (GAC), a summer-long event that has inspired hundreds of thousands of campers to enjoy the outdoors. Whether you are with your family near Montana’s Bob Marshall Wilderness Area (like Melanie Ruth, right) or in your own backyard, “camping submerses you in nature in a way that a short day hike just can’t,” says Amelia Todaro, NWF education events coordinator. “You can really experience it with all your senses.”

Go online to pledge and you can find a group campout near you, including those NWF is hosting. The GAC website also offers many camping tips and activities—even some recipes for the grill. 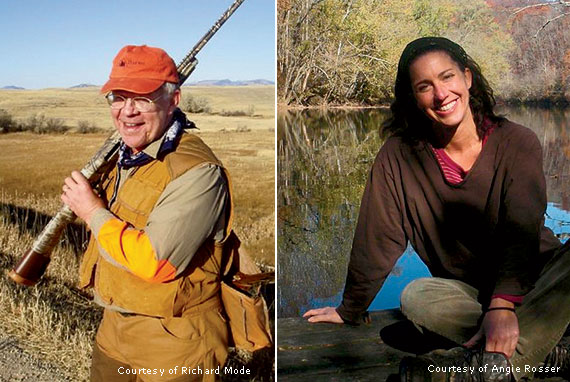 Honoring Those Who Go Above and Beyond for Conservation

This June, NWF will present the following awards to organizations and individuals who have made outstanding contributions to conservation:

Affiliate of the Year. The Environmental League of Massachusetts has protected land, water and public health for more than a century. It is being honored for promoting renewable energy in Massachusetts and beyond (see article below).

Affiliate Volunteer of the Year. Former board president of the Wisconsin Wildlife Federation and a leader of Tri-County Sportswomen, Lillian Pipping excels at connecting youth and women to the outdoors.

Conservation Leadership Award. Richard Mode (above, left) has served as a North Carolina Wildlife Federation board member for more than two decades, mobilizing sportspeople and wildlife enthusiasts to promote conservation policy that protects waters and forests in the Southeast.

Charlie Shaw Conservation Partnership Award, NWF Affiliate. Since Angie Rosser (above, right) became executive director of the West Virginia Rivers Coalition in 2012, she has made her organization the state’s voice for clean water.

Youth Achievement Award. Through his work with the Missouri Collegiate Conservation Alliance and Conservation Federation of Missouri, David Calandro has inspired a love of nature in other youth. 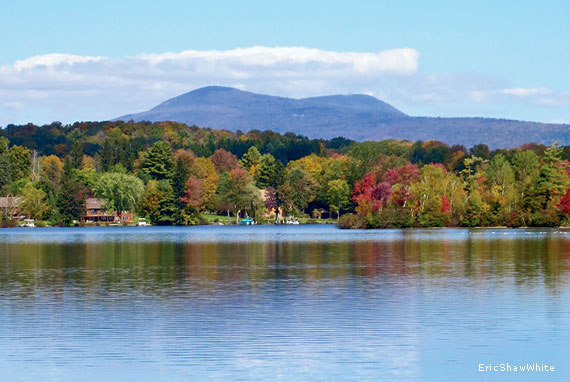 Affiliate of the Year: Environmental League of Massachusetts

Leading the Charge for Renewable Energy

The Environmental League of Massachusetts (ELM) began in 1898 as a group of civic leaders fighting clear-cutting of forests. Their efforts led to improved forest management and the creation of the state’s park system, beginning with Mount Greylock State Reservation (above, as seen from Pontoosuc Lake). “That’s what comes from understanding the vast power of state government,” says ELM Executive Director Ken Pruitt. “When it works, it can have great impacts.”

ELM now leads a coalition of 44 organizations that serves as an environmental government watchdog. The coalition combats climate change by promoting clean, sustainable energy sources and protects land, water and public health. It is working to revise zoning laws to reduce environmental impacts of urban sprawl, obtain more funding for mass transit and grow the renewable energy market. This includes pursuing state subsidies for the production of solar power and, with NWF, persuading Governor Charlie Baker to sign a bill mandating that the state obtain 1,600 megawatts from offshore wind power by 2027. NWF is honoring ELM with its Affiliate of the Year award for leading the charge for renewable energy in Massachusetts, “resulting in the largest commitment to offshore wind in the country.” 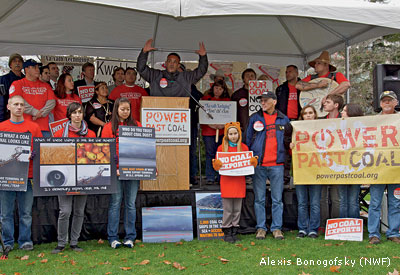 The last of six coal port terminals proposed in Oregon and Washington may be at the end of the line. In May 2016, the U.S. Army Corps of Engineers denied SSA Marine’s application for a terminal north of Bellingham, Washington, because it violated the fishing rights of the Lummi Nation (right). The company withdrew its permit application this past January. Then in February, the Department of Natural Resources rejected a sublease that Millennium Bulk Terminals needed to build a loading dock for a terminal in Longview, Washington. State and federal agencies are finalizing environmental impact statements on the proposed terminal.

During the past decade, NWF has collaborated with its affiliate Association of Northwest Steelheaders (ANWS), the Power Past Coal coalition and members of American Indian tribes who have opposed the projects because of their potential impacts on the environment and communities. Coal dust from transport trains could have blown into rivers where salmon and other fish spawn as well as into communities, which were also at risk from a derailment. “A disaster was imminent,” says ANWS Executive Director Bob Rees, adding that “we don’t need more of a fuel that is a contributing factor to climate change.”

Putting Restoration on the Map 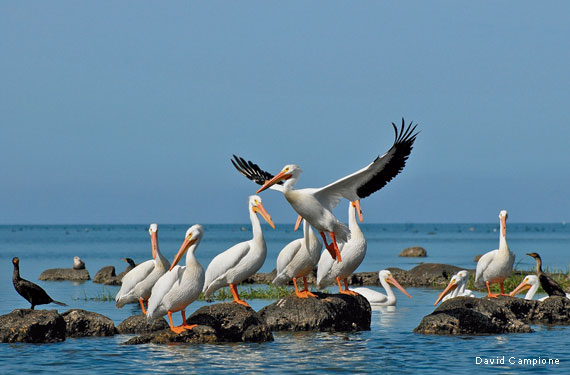 Seven years after the 2010 Gulf of Mexico oil spill disaster, habitat restoration is finally starting in earnest. NWF’s new online report Making the Most of Restoration: Priorities for a Recovering Gulf features an interactive map showing which projects would significantly improve habitat in Alabama, Florida, Mississippi, Louisiana and Texas. Critical locations include areas where rivers flow into the Gulf, as these serve as vital wildlife nurseries and foraging areas for marine and migratory species such as white pelicans (above).

Help NWF and our affiliate partners continue our conservation work across the country!