It’s coming! On August 21, for the first time since 1918, a total solar eclipse will cross our nation 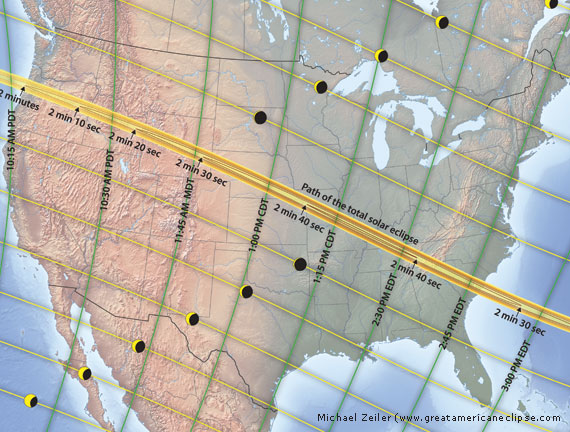 From Oregon to South Carolina, the path of totality, where the moon completely blocks the sun, will sweep across the nation.


AS SOMEONE LUCKY ENOUGH to have witnessed four total solar eclipses (TSEs) on four continents, I can tell you it’s one of nature’s most breathtaking sights. Along the “path of totality,” with moon and sun in perfect alignment, the moon’s shadow completely blocks out the sun. The sky darkens, the air cools, and for a few brief, stunning minutes, day turns to night.

On August 21, millions of people will see this spectacle as the eclipse’s path of totality cuts across the entire United States for the first time in almost 100 years. The trick will be knowing where to catch the best view. 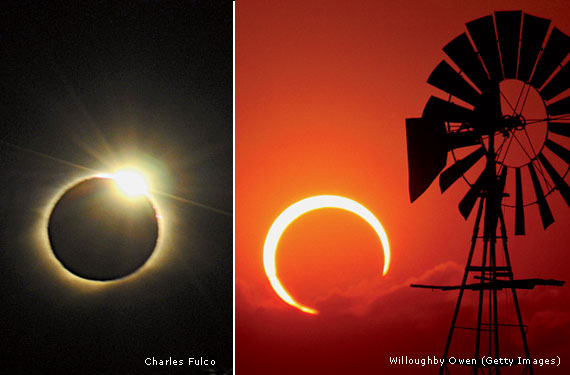 Those outside the path of totality will see a partial eclipse (right). A total eclipse begins and ends with a diamond ring of light (left).

People in every state will see a partial eclipse, but only those in the path of totality will see the complete blackout. It will begin around 10:15 a.m. Pacific Daylight Time off the Oregon coast. People there will be the first to see the eclipse—unless coastal fog blocks the show. If you want a near guarantee of cloudless skies, go to central Oregon near Madras, which has the best chance for clear viewing on eclipse morning.

To experience the longest duration of totality, head to southern Missouri, Illinois or Kentucky, where the blackout will last about 2 minutes and 40 seconds—longer than anywhere else along the track. Nashville, Tennessee, is the largest city in the path of totality, and Charleston, South Carolina, is the last large city the TSE will touch before its exit.

If you want to photograph the magic amid beautiful scenery, head to Grand Teton or Great Smoky Mountains national parks—but be prepared for crowds. And be sure to protect your eyes. For a TSE, direct viewing is safe, but to gaze at the brighter partial eclipse, use a filtered telescope, binoculars or safety glasses. Viewed safely, this rare event will be the sight of a lifetime.