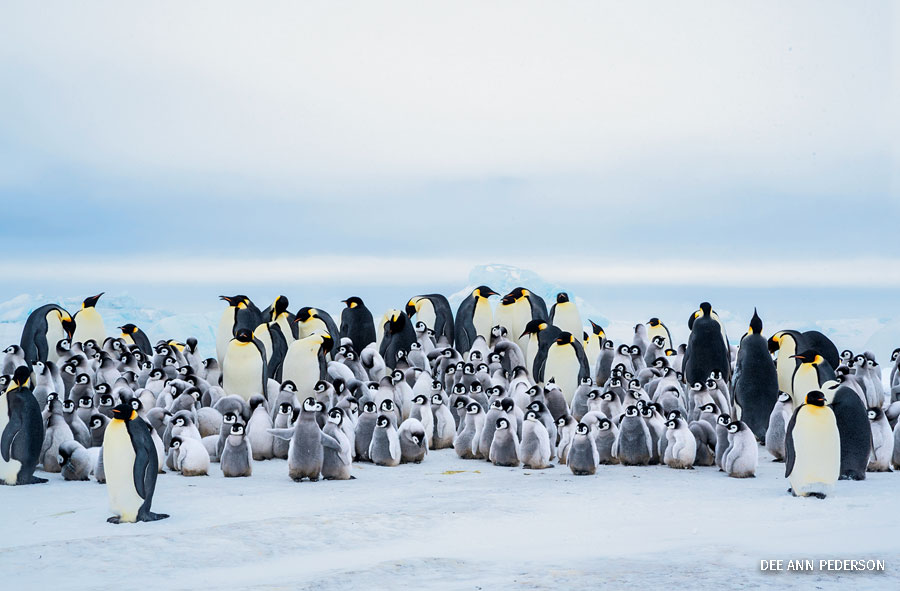 Like polar bears in the Arctic, Antarctica’s emperor penguins (above) depend on stable sea-ice platforms for survival. And like polar bears, the southernmost continent’s largest penguins are imperiled by ice losses that, according to NASA, have tripled each year since 2012.

Newly hatched penguin chicks must stay on the ice long enough to replace their downy feathers with new plumage that allows them to survive in frigid water. “If the sea ice breaks up too early, the chicks won’t have acquired this waterproof plumage, and they will drown,” says Stephanie Jenouvrier, an ecologist at Woods Hole Oceanographic Institution. Based on a decade of computer modeling, she and her colleagues found that mounting ice losses may lead to dramatic drops in penguin numbers. “If global climate keeps warming at the current rate, we expect emperor penguins in Antarctica to experience an 86 percent decline by the year 2100,” Jenouvrier says. And if greenhouse gas emissions remain at present levels, the researchers report in Global Change Biology, as many as 43 of the emperor penguins’ 54 colonies in Antarctica will become “quasi-extinct”—the point at which the number of adults may be insufficient to assure the species’ future. 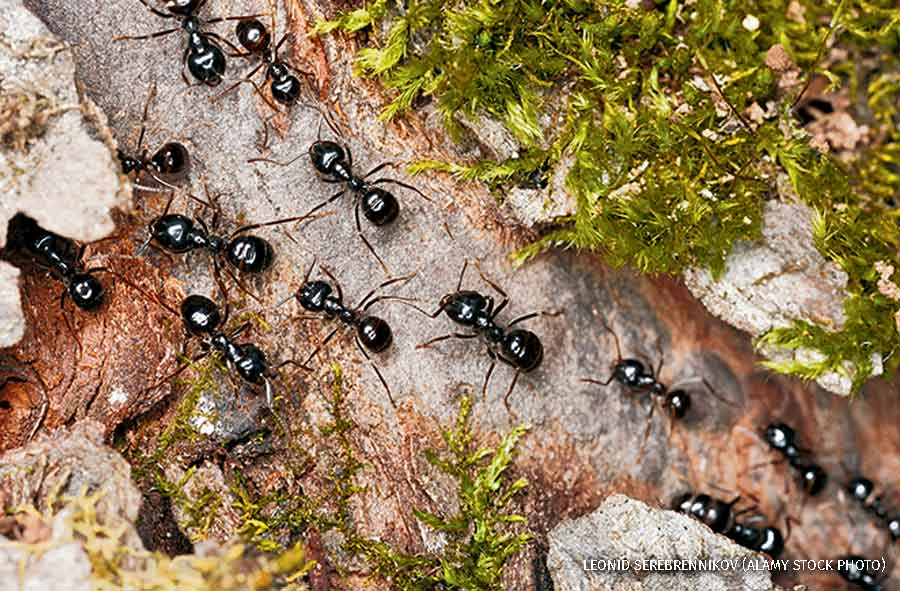 Mirroring how human society has responded to the COVID-19 pandemic, black garden ants (above) apparently use social distancing to combat outbreaks of infectious disease. Workers in the ants’ colonies are divided into nurses, which care for the brood inside the nest, and foragers, which collect food outside the nest and are most likely to pick up pathogens. Using an automated tracking system in a controlled study, Swiss and Austrian scientists found that when foragers are exposed to a disease-causing fungus, they spend even more time away from the nest, decreasing their contact with other workers. Nurses, meanwhile, move the brood deeper into the nest to protect the larvae. While the scientists are not certain how the ants identify infection, they suggest in a report in Science that the insects may be able to detect spores on other ants as well as on their own bodies. “I think we could learn from the social insects about ways to decrease transmission of disease at the scale of the population,” says University of Lausanne biologist and lead author Nathalie Stroeymeyt. 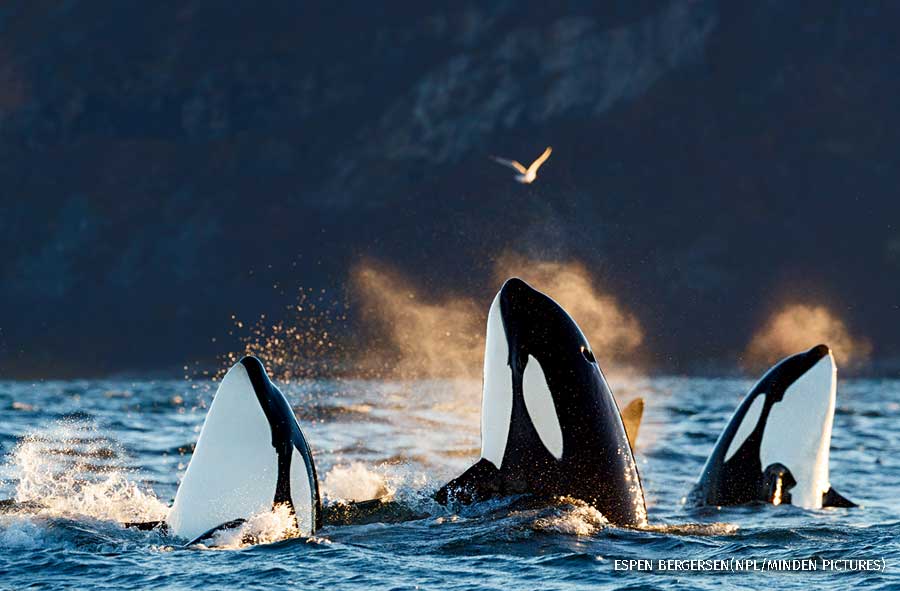 Killer whales, or orcas (above), share a trait with humans that is rare among mammals. Though females usually stop reproducing in their 40s, they can live for decades following menopause. And according to a recent study in the Proceedings of the National Academy of Sciences, these experienced, older females benefit the offspring of their daughters by knowing where to find salmon and caring for calves while their mothers hunt the fish.

Examining some 40 years of data on the survival of 378 orca calves off the coasts of Washington and British Columbia, scientists found that offspring whose maternal grandmothers had recently died had a mortality rate 4.5 times higher than those with living grandmothers. The older females’ help rearing young is critical when a family group forages for salmon during times of food scarcity. “As salmon numbers continue to decline, grandmothers are likely to become even more important to these killer whale populations,” says senior author Dan Franks, a University of York biologist. He and his colleagues also note that, so far, menopause is known to occur only in humans, orcas and three other toothed whale species.