For over 40 years, the Clean Air Act has been one of our nation's most effective and beneficial public health and environmental laws. Passed in Congress with overwhelming bipartisan support more than three decades ago, the law has allowed us to hold polluters accountable and successfully protect the health of millions of Americans—including our children, our seniors, and the most vulnerable among us—from dozens of air pollutants. 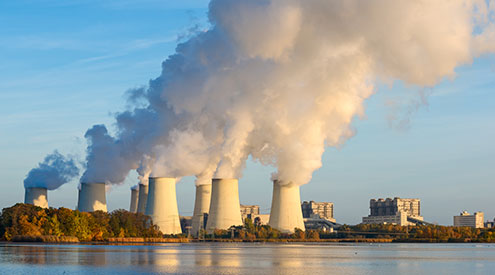 Cleaning up air pollution has also protected wildlife, habitats and our lakes and streams. But there is still much to do. Uncontrolled carbon pollution that causes climate change, toxic mercury emissions, and numerous other air toxins still pose a serious threat to people and wildlife—including many icons of America’s hunting and fishing heritage.

The National Wildlife Federation is pushing hard for the Environmental Protection Agency (EPA) to take action to limit emissions from the biggest polluters, such as coal-fired power plants, and to create strong standards for new cars and trucks that will save drivers billions at the gas pump.

Clamping Down on Polluters

In September 2013, after hearing 2.5 million public comments, the EPA released its standards for carbon emissions from new power plants, limiting new plants to between 1,000 and 1,100 pounds of carbon dioxide emission per megawatt-hour. The EPA is currently in the process of hearing public opinion and establishing limitations for existing power plants.

But powerful members of Congress, under the influence of polluters, are seeking to prevent EPA from addressing the public health and environmental impacts of carbon dioxide and other air pollutants. These Congressional proposals would let polluters off the hook, obstruct the EPA from saving lives, and further delay action to move the U.S. towards a cleaner energy future.

The National Wildlife Federation is fighting back against efforts to weaken the Clean Air Act, but we need your support to protect communities and wildlife.