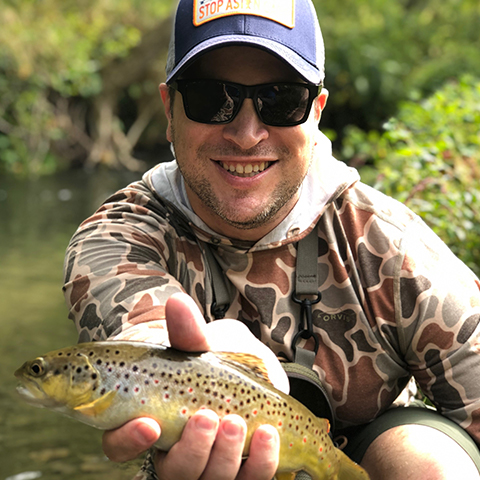 Drew YoungeDyke manages communications, media relations, and social media for National Wildlife Federation Outdoors and the National Wildlife Federation Great Lakes Regional Center. He also hosts the National Wildlife Federation Outdoors Podcast and, as a freelance outdoor writer, writes a monthly column in Woods-n-Water News. YoungeDyke is an avid hunter, angler, and trail-runner, and was a Train To Hunt national finalist in 2017 in the traditional bowhunting division. He serves on the 2% for Conservation national board of directors, the Pigeon River Country State Forest Advisory Council in his home state of Michigan, chairing the Fisheries Committee, and is a member of the Outdoor Writers Association of America, the Association of Great Lakes Outdoor Writers, and the Michigan Outdoor Writers Association, as well as several conservation organizations. He previously worked for the National Wildlife Federation’s Michigan affiliate—Michigan United Conservation Clubs—as its chief information officer and editor of Michigan Out-of-Doors magazine. He is also the past co-chair of the Michigan Chapter of Backcountry Hunters & Anglers. YoungeDyke holds a law degree from Michigan State University College of Law and studied Political Theory and Constitutional Democracy at Michigan State University’s James Madison College.