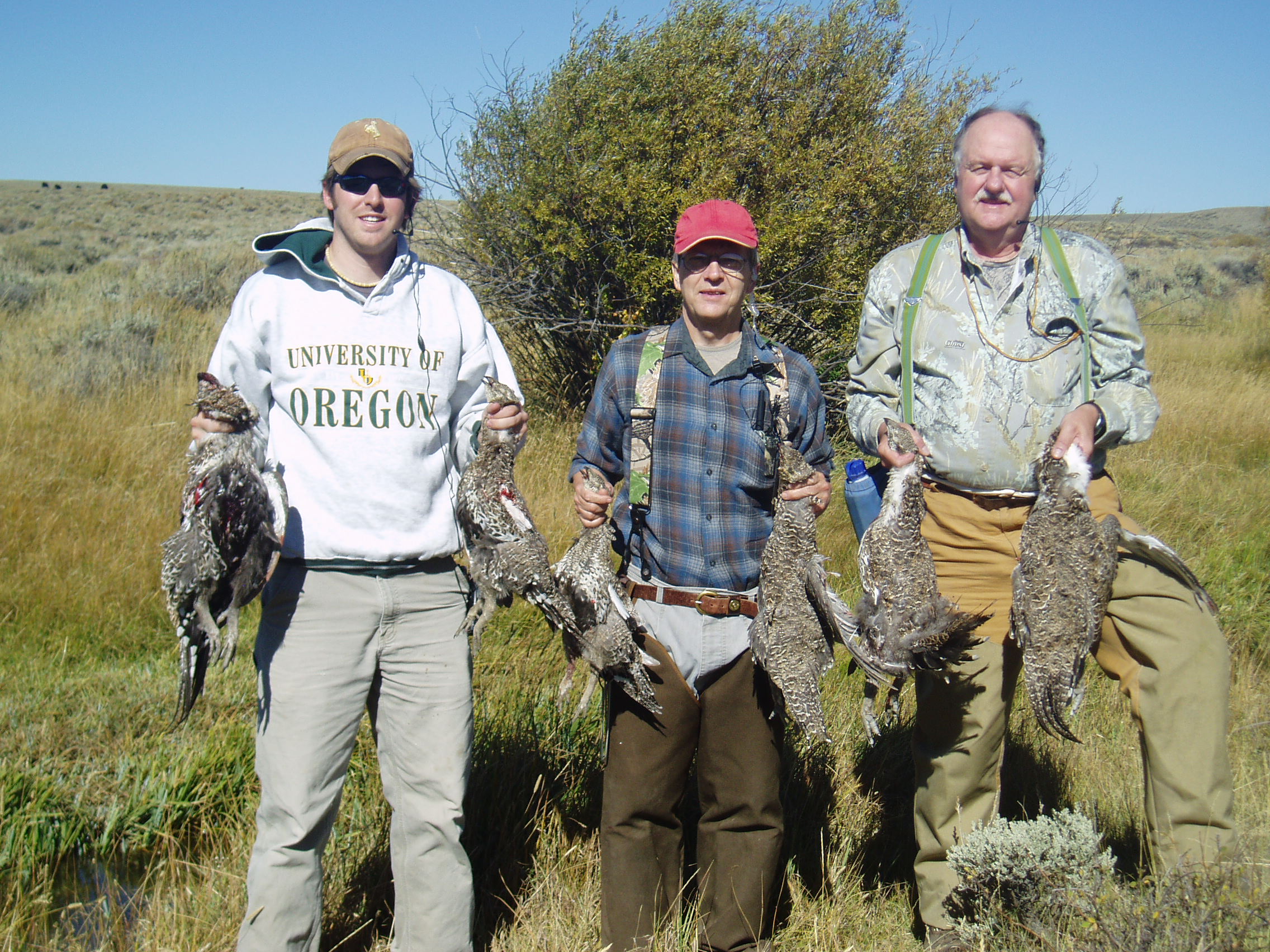 “This is the spot,” Bob proclaimed as he killed the engine on his pickup. A hint of light peered over the eastern horizon, illuminating a windmill in the distance. Above us, the sky remained black and filled with stars. “The birds should arrive soon,” he said. Within minutes, the distinctive sound of beating wings cut through the pre-dawn sky. Shortly thereafter, dozens of sage-grouse engaged in a primitive and iconic mating ritual that relatively few people have personally witnessed.

For several hours Bob, my daughter Ella, and I observed this ritual and counted male sage grouse—46 on this early April morning. This number was significant. Fewer than ten years earlier, a similar count at this site on Bob’s Wyoming ranch yielded only six males—the consequence of a high-density natural gas development and extended drought.  Fortunately, when the wells stopped producing and rain started falling, the birds quietly made a comeback.

Stories like this were repeated throughout the west. Decades of habitat fragmentation and other factors left sage grouse on the verge of federal Endangered Species Act protections. Only a massive, west-wide conservation effort and favorable weather precluded the need to list them in 2015. Whether they require listing in the future will largely depend on the continued success of this conservation effort, which involves active engagement of everyone from government and industry to ranchers and hunters.

Despite its struggles and uncertain future, a few states still permit sage grouse hunting. For this I am grateful, but not because I view them as top-shelf table fare. I eat them but find just about every other game species more palatable. For those admonishing my sensitive palate, Meriwether Lewis has my back. He noted in 1806 that, “[t]he flesh of the cock of the Plains [sage grouse] is dark, and only tolerable in point of flavour.” I am grateful because I love sage grouse hunting for all of the memories it provides, and for the conservationists it produces. I also fear that once hunting is prohibited, it may never return.

When I was learning to hunt, my dad would regale me with stories of hunting sage grouse with his dad in southern Idaho in the 1950s and 60s.  He described black clouds of birds filling the sky—just not sage grouse. Evidently those were tough to find, so you had to be a crack shot (which he claimed to be), and a bit lucky to fill your bag limit. He also shared stories about the lighter side of hunting, like the time his friend wandered off for his morning constitutional only to realize too late that he had no toilet paper. Left with no other options, his friend literally tore the sleeve from his new chamois shirt. No doubt Dad embellished his stories, or perhaps even told bald-faced lies, but hearing them always made me smile. 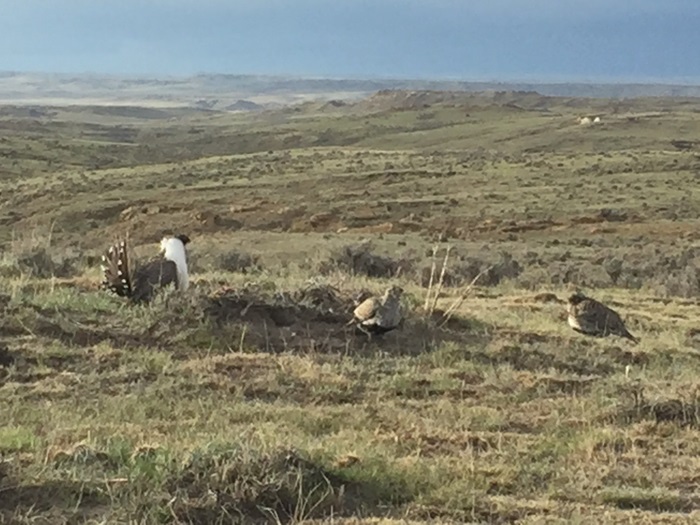 Ella is now old enough to hunt, and I am excited to bestow upon her the wisdom that comes from thirty years of hunting. Naturally, lessons will include teaching the basics of species identification, habitat preferences, and firearm safety. They will also include life lessons—like when you are tiptoeing through the sagebrush and a rattle snake startles you, everyone is an Olympic high jumper. Or, always question your uncle when he tries to convince you of the best way to eat pickled jalapeños. Perhaps most importantly, I will get to share my favorite stories with Ella.

I was 13 when Dad decided we should head out to the sagebrush on a poor man’s safari. Grass and brush collected on the skid plate of Dad’s truck and ignited. Before we could douse the flames, it melted the shift selector cable and left us stranded in the middle of the desert. When I was 15, I gave myself a concussion while filling the truck with gas. The spout of a plastic gas can broke and sprayed my face with gasoline causing me to lose my balance. Fortunately, a large rock broke my fall.  And Just five years ago, three friends and I decided to film our sage grouse hunt for posterity. As Murphy’s law dictates, we now have great footage of several birds flying away unharmed as we gaze in confusion at our shotguns—as if they were the ones not shooting straight.

Shortly after 10:30 a.m., the mating display began to wane, and the few straggling males disappeared into the sagebrush like a scene from Field of Dreams. Bob started the engine, and navigated a web of two-track roads back to the ranch house. Ella and I replayed the events from the morning, scrolled through photos, and were already planning our next trip to the ranch.

That evening as we sat down to dinner, Bob abruptly paused the meal. “Wait,” he said. “I forgot something.” He went into the kitchen and retrieved a small plate, a plastic baggie, and a lighter. After setting the plate in the center of the table, he reached into the baggie and placed an inch-long cylindrical object on the plate. “Is that what I think it is?” I asked with a perplexed look on my face. Bob nodded and proceeded to light it and, seconds later, blew out the flame.

A bluish-grey smoke rose like a snake from the plate and a sweet smell of sage permeated the room, which paired perfectly with the with steaks we were about to devour. Ella and I looked at each other in pleasant surprise. After all of these years, I never knew that sage grouse droppings were more appealing than its meat.

We now have our own stash of sage grouse droppings that we use to create ambiance when guest join us for dinner. Ella has a great story to tell, and we have a memorable shared experience. More importantly, sage grouse have recruited their newest conservation champion—all it took was an intricate mating dance and some fragrant excrement.

This article appeared in the Fall 2020 issue of Grouse Partnership News, and is reprinted with permission from the North American Grouse Partnership. David Willms is the Senior Director for Western Wildlife at the National Wildlife Federation, working on wildlife issues like migration corridors, endangered species policy, oil and gas policy, and public lands. And it all started with his love for hunting and fishing. 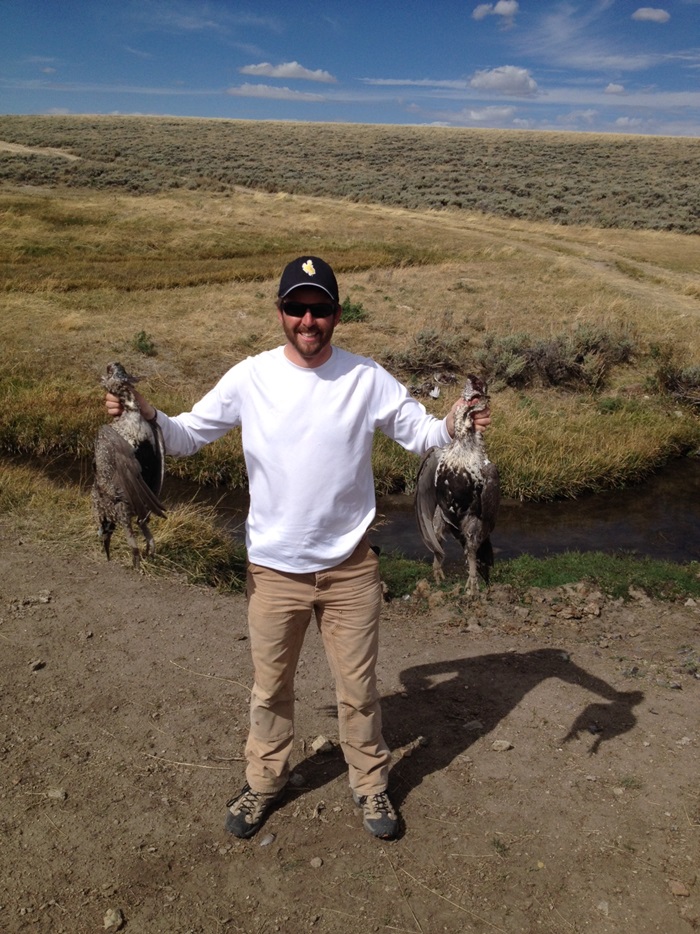 Family and fishing fuels the Bass Pro Shops founder’s passion for conservation — and his current focus on the Recovering America’s Wildlife Act.

CWD Bill Passes the House... now onto the Senate!

Get your hands dirty and take on a fence!