National Plans to Stop Asian Carp Advance in the Senate 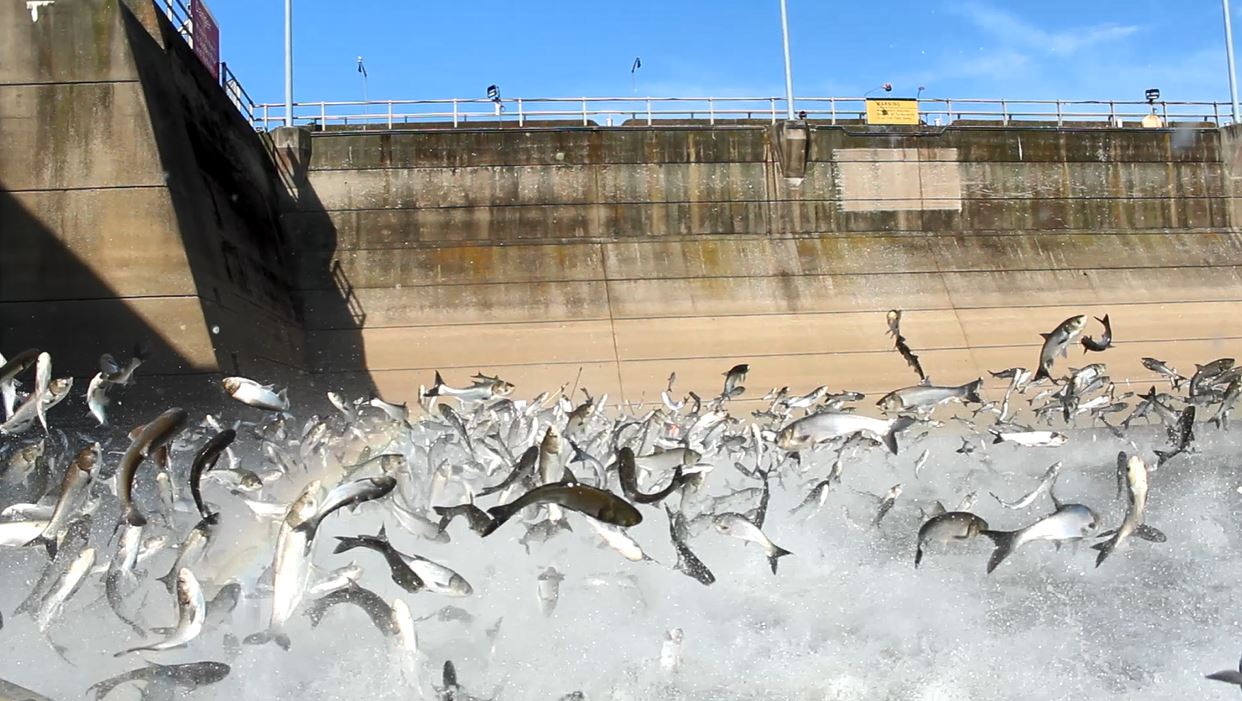 Efforts to stop Asian carp advanced last week in the Senate Environmental and Public Works Committee as it approved the America’s Water Infrastructure Act of 2020, which includes authorization of the plan to rebuild the Brandon Road Lock and Dam in Illinois to block the advance of Asian carp toward the Great Lakes, funding for a pilot project to reduce their populations and block their further advance in the Mississippi River basin and its tributaries, and an expansion of the authority for inter-agency Asian carp control efforts from the Upper Mississippi and Ohio River basins to the entire Mississippi River and its sub-basins.

Asian carp include four invasive species of carp (bighead, silver, grass, and black carp) which harm native and sport fish populations by reducing their food supply. As filter feeders, Asian carp consume vast quantities of phytoplankton and zooplankton, starving out forage fish and in turn the larger native and sport fish which depend on them for food. A 2019 University of Illinois study analyzed 20 years of population data to determine that Asian carp were responsible for a reduction of sport fish -- like perch, bluegill, and crappie -- in stretches of the Mississippi and Illinois Rivers. A 2019 University of Michigan study predicted that Asian carp would have enough food to survive in Lake Michigan, and a new NOAA study was published at the end of April which used computer modeling to predict the impacts silver and bighead carp would have on native sport fish like walleye and perch if they reached Saginaw Bay in Lake Huron, estimating a dramatic drop in yellow perch populations assuming sufficient early Asian carp survival rates. 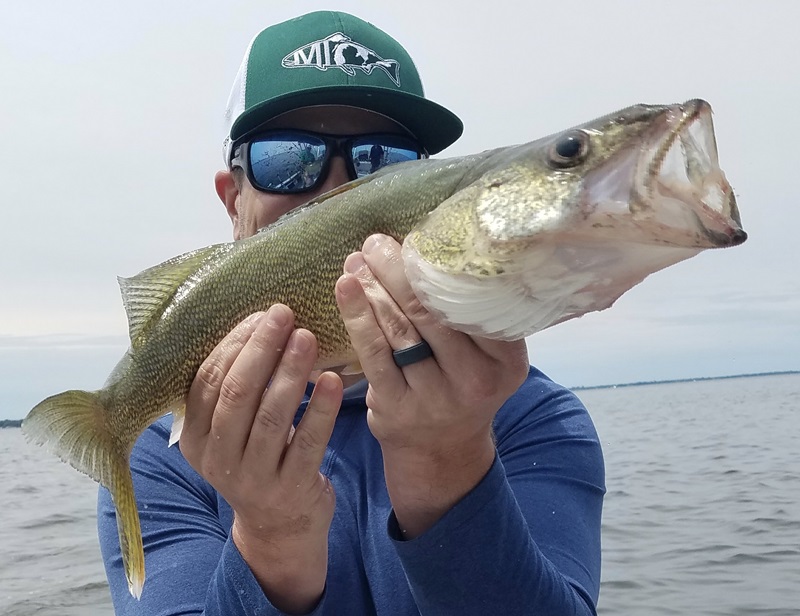 The America’s Water Infrastructure Act of 2020 (AWIA) authorizes the Brandon Road Lock and Dam project submitted to Congress last year by the U.S. Army Corps of Engineers. The Brandon Road plan will install a gauntlet of technologies within an engineered channel and lock structure to prevent Asian carp from advancing from the Illinois River to Lake Michigan and the Great Lakes. It also adjusts the federal-local sponsor cost share for the estimated $840 million project from 65% federal, 35% local sponsor, to 75% federal, 25% local sponsor.

The local sponsor for the project will be Illinois, however, it still hasn’t signed the preconstruction engineering and design agreement with the Corps to get work started. Michigan had offered to provide $8 million of the estimated $10 million cost of the local cost-share for the preconstruction engineering and design phase of the project, but has suspended those funds as the COVID-19 crisis has depleted state budgets struggling to respond. The National Wildlife Federation has called for a 100% federal cost-share for the project, acknowledging that Asian carp are a national problem and the burden of preventing their spread shouldn’t fall on state budgets. This would also prevent further delay in the project, which will create jobs over the course of its construction that can be part of America’s economic recovery from COVID-19, while providing the needed protection sooner against Asian carp invading the Great Lakes where they could further damage outdoor recreation and tourism economies already hit hard by COVID-19. Sport fishing in the Great Lakes region supports a $7 billion economy.

Asian carp are also having an impact on sport fish in the Tennessee and Cumberland River systems, risking the abundant fishing and outdoor recreation tourism economies on reservoirs like Kentucky Lake and Lake Barkley. According to the Tennessee Wildlife Federation, fishing supports a $1.2 billion economic impact and boating a $2 billion economic impact in Tennessee alone. The AWAI also includes a $35 million Asian Carp Prevention and Control Pilot Program for the management, control, and eradication of Asian carp in the Mississippi River basin, including at least five projects in Tennessee and Cumberland River reservoirs like Kentucky Lake and Lake Barkley. Additionally, the AWIA expands the authorization for multi-agency Asian carp control efforts, led by the U.S. Fish and Wildlife Service, from the Upper Mississippi and Ohio River basins to the entire Mississippi River and its sub-basins. 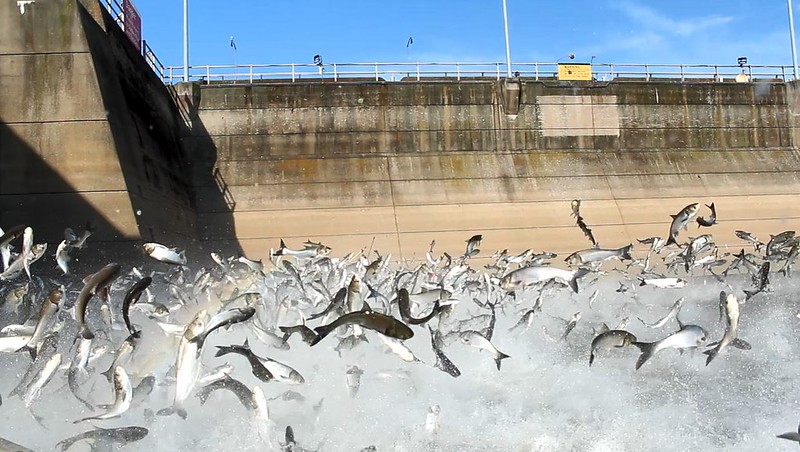 Asian carp jump at the Barkley Dam in 2019. Photo courtesy of the Kentucky Department of Fish and Wildlife Resources.

The America’s Water Infrastructure Act of 2020 must now be approved by the full Senate. The House of Representatives is working on its version of a Water Resources Development Act, too, but has not yet released a draft.

“This is a tremendous opportunity to stop Asian carp,” said Marc Smith, Great Lakes policy director for the National Wildlife Federation. “Asian carp are a national problem requiring a national solution. Our waters, our way of life, and our economic recovery depend on it. Businesses which rely on the economic impact of fishing and water-based tourism have already been hit hard by COVID-19 and cannot take the additional hit that would come from an Asian carp invasion. At the same time, we must recover the fisheries that have already been impacted by Asian carp so that we can also recover the jobs they support.”