When You Can't Eat the Fish 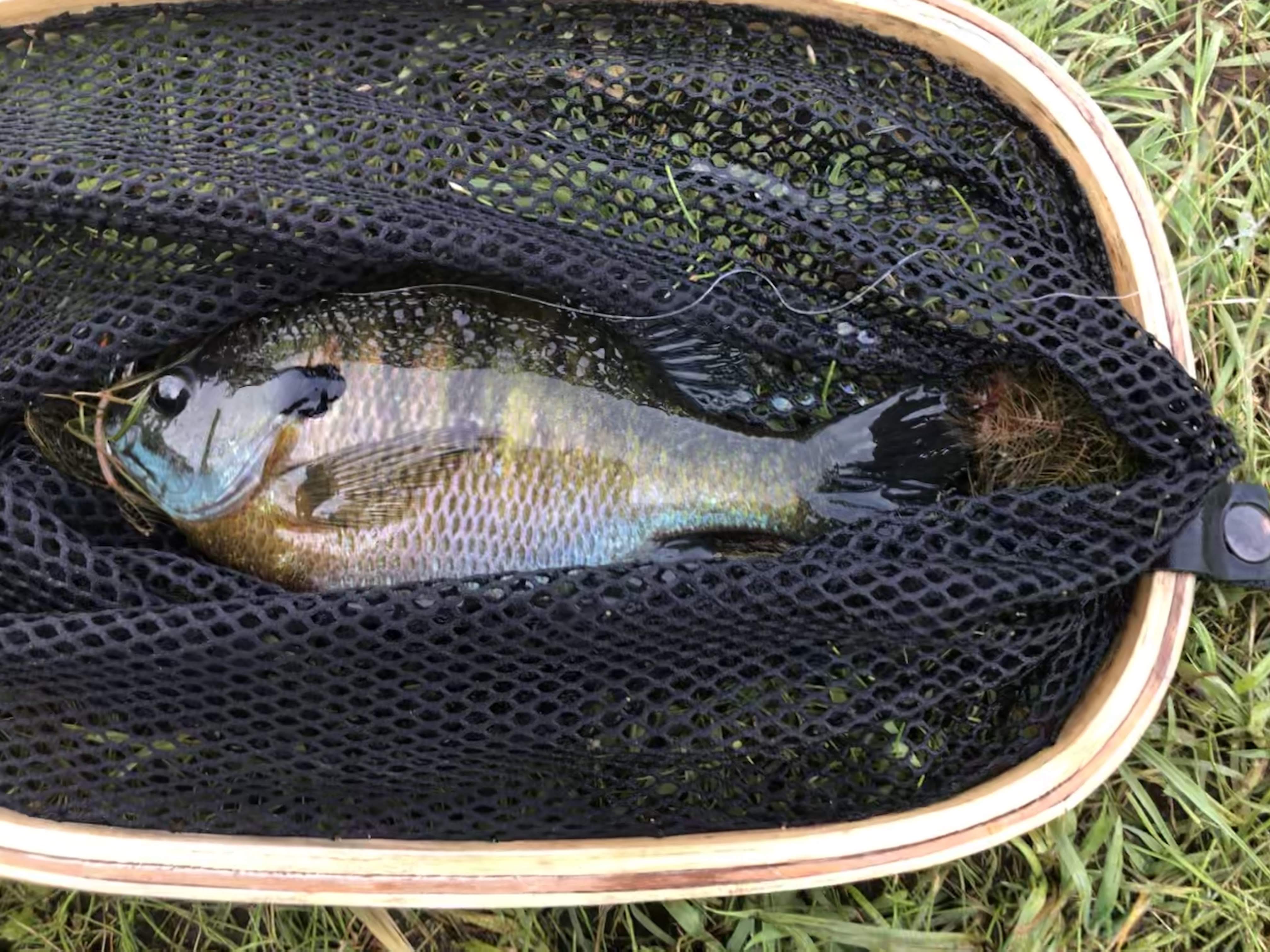 I remember the anxiety I felt two years ago when I heard that my state had issued a “Do Not Eat” fish consumption advisory for my home river – the Huron River through Ann Arbor, Michigan – due to the presence of PFAS, known as “forever chemicals” in it. Just the week before I had caught some bluegill on my 5-weight fly rod in the river and had briefly considered keeping the first to cook up for my then-pregnant wife and I, but released it and the rest as I caught them, instead.

Sen. Gary Peters (D-MI) invited me to share this perspective in a 2018 Senate subcommittee hearing on PFAS where I met Sandy Wynn-Stelt, whose drinking water in Belmot, Mich., was contaminated by PFAS. PFAS chemicals have been linked to cancer, thyroid, hormonal disorders and – what particularly scared me at the time - pregnancy complications and learning and developmental disorders in infants and small children.

Now my son is a toddler, but we still can’t keep and eat the fish from our home river when he fishes with me in a backpack from shore. This is just one of a growing number of communities where anglers – and even hunters in one place in Michigan – can’t feed their family from their wild harvest due to the presence of these chemicals in the water. 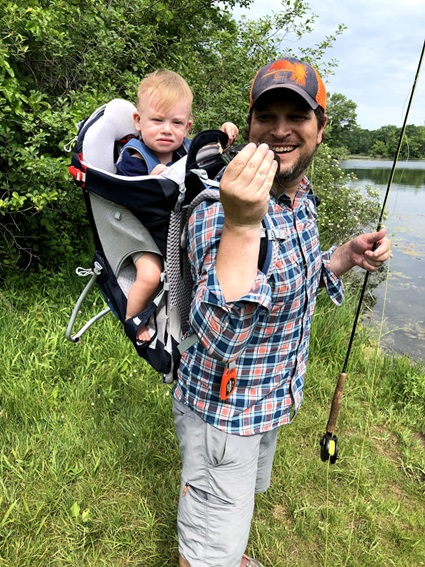 Michigan has been at the forefront of PFAS testing and response due to the outbreak of the chemicals in drinking water supplies near Rockford, Mich., stemming from the Wolverine Worldwide tannery factory, and from the former Wurtsmith Air Force Base near Oscoda, Mich., where in 2018 a white-tailed deer tested positive for PFAS in its system, prompting a “DO NOT EAT” game consumption advisory for a five-mile radius. Michigan has fish consumption advisories on seventeen different lakes and rivers, including the entirety of the Huron River. My colleagues at the National Wildlife Federation Great Lakes Regional Center released a detailed report last fall, The Science and Policy of PFAS in the Great Lakes Region detailing its harms, how it enters our waters, and the policy and legal frameworks to address them.

That’s why it’s important that conservation and environmental leaders from each state come together each year to set the National Wildlife Federation’s conservation priorities; they can bring the unique perspectives and experiences of their states to the table to set a national agenda. The affiliate-passed resolution describes the problems caused by PFAS and the actions the National Wildlife Federation and its affiliates will take in response:

PFAs Impacts on Fish and Wildlife

WHEREAS, per- and polyfluoroalkyl substances (PFAS) have been recognized as an environmental contaminant group with risks to humans, fish, and wildlife, ecosystem; and

WHEREAS, PFASs have been manufactured and utilized in products ranging from fire-fighting foams to consumer products like Teflon cookware, household cleaning products and other fire-, grease-, stain-, and water-repellant goods; and

WHEREAS, PFASs from the manufacturing and use of these products have been found in drinking water supplies in at least 43 states around the nation; and

WHEREAS, many PFASs are persistent, can cycle in the environment for years, and pose some risks to fish and wildlife, though more research is needed, in particular on ecological exposures and effects; and

WHEREAS, the capacity of PFASs to impact human health, as well as the issuance of fish and game consumption advisories in Michigan and other states, has alerted hunters, anglers and the general public to their dangers; and

WHEREAS, there are lands and waters contaminated by high levels of PFAS that are used by Indigenous and non-Indigenous hunting and fishing populations for subsistence consumption of fish and wildlife; and

WHEREAS, the state of Michigan in its establishment of the Michigan PFAS Action Response Team (MPART), a collaborative of seven state agencies, has set a precedent for state action, including via targeted monitoring of this group of chemicals through aggressive surveillance and response plans; and

WHEREAS, MPART may serve as a model for other states and federal agencies to collaborate in solving the various issues relating to PFASs.

NOW, THEREFORE, BE IT RESOLVED that the National Wildlife Federation, at its Annual Meeting assembled June 12, 2020, support PFAS education for the public and our affiliates as well as support state and federal agencies in doing the necessary research to better address the issue, especially relating to fish and wildlife; and

BE IT FURTHER RESOLVED that there is a need for national, state, and local organizations to collaborate and better facilitate the objective decision making needed to find solutions to PFAS contamination to better prevent, contain, and mitigate ecosystem level impacts; and

BE IT FURTHER RESOLVED that NWF encourages government and industry partners to facilitate the phasing out of PFASs in industrial manufacturing production processes and work to limit pollution from industrial and other sources of discharge, including point- and non-point sources of PFAS release; and

BE IT FURTHER RESOLVED that NWF urges Congress to support studies on potential PFAS impacts to wildlife, including a broader suite of bird, reptile and amphibian, and mammalian species at risk and that this research be used to inform the development of appropriate regulatory structures; and

BE IT FINALLY RESOLVED that NWF encourages the United States Environmental Protection Agency as well as state and tribal agencies to establish guidance concerning initiation or expansion, as appropriate, of incorporation of PFASs into fish and wildlife consumption advisory programs, including considering implications of exposures to multiple PFASs as well as other contaminants.

The most serious impacts of PFAS are the harmful effects on people accumulated through drinking water, but it also affects hunters and anglers through its accumulation in the fish and wildlife that we eat. We’ve found it in Michigan because we test for it here, but it’s a safe bet that more will be found even more across the country as testing increases.

Fishing can be fun whether we keep and eat or catch and release, but we can’t ignore the burden these chemicals and do not eat advisories place on people who rely on the fish they catch for part of their family’s diet. Just the close call I had of almost providing wild-caught fish to my pregnant wife and unborn son caused an anxiety in a soon-to-be father that I don’t want to repeat. And the accumulation of these chemicals in a deer to such an extent that it’s not safe to eat should be a wake-up call for every hunter to take this seriously. 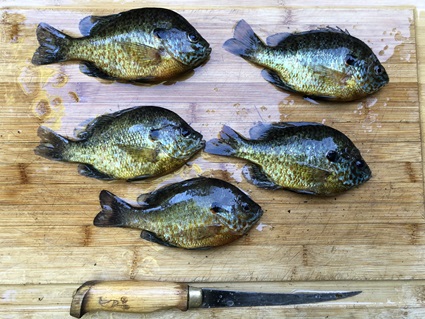 I have hope, though. Through the steps outlined in this resolution, I envision a day when I can take my son fishing on the Huron River in a canoe and catch some bluegills on the foam hoppers I tie for my fly rod and maybe worms on his Zebco. We’ll take those home a couple miles away and grill them in the backyard for fish tacos and he’ll better understand where food comes from and why we have to protect our waters and conserve our fisheries. Maybe we’ll do that every weekend. That’s an opportunity every parent should have.