Every National Wildlife Federation Community Wildlife Habitat has a different story to tell and each one is unique. These community case studies explain how different types of communities — from cities to counties to neighborhoods — have approached the program.

Broward County, the nation's 18th largest county, with a population of 1.7 million people, is located in Southeast Florida and is bordered by the Everglades and the Atlantic Ocean with endless opportunities for viewing and interacting with wildlife. While two-thirds of the county is located in the Everglades, the remaining area is a diverse, vibrant, urban community with parks, beaches, and green space.

Gardening for wildlife, protecting natural areas, and improving flyways for migratory wildlife are a priority for the county commission, which formed the NatureScape Broward program in 2003 to encourage residents and businesses to create wildlife habitats. Broward County was certified as a Community Wildlife Habitat in 2005, and encourages its 31 municipalities to do the same. Successes include the re-establishment of the endangered Atala butterfly population, increased sea turtle nesting, and the first school district in the nation to be certified as a Schoolyard Habitat®. Perhaps the best example of achievement is the continued interest of residents to add native plants, protect water quality, and preserve their unique ecosystems for future generations.

Covering 679 square miles, Benton County is situated in the Willamette Valley of northwestern Oregon. Bordered to the west by the heavily forested Oregon Coast Range, and to the east by the Willamette River, it includes many notable natural features, and with a population of 86,000 people, contains a large and very active contingent of conservationists. The Backyard Wildlife Connections team, a group of local environmental and educational organizations, co-sponsored the effort to preserve wildlife habitats in Benton County while becoming the first certified Community Wildlife Habitat in Oregon in the summer of 2015.

Located in eastern Loudoun County of Northern Virginia, Broadlands is a 1,500-acre master-planned community that combines modern living and active lifestyles within a natural environment with about 4,000 residential units. The community is built along Stream Valley Park, a linear park system that runs throughout Broadlands. Numerous trails, wetlands, woodlands, and parks are found throughout the community. The Homeowners Association operates the "Broadlands Nature Center", which provides nature-related programs for adults and children.

Broadlands was designed to appeal to people who want to live in a community with natural landscapes and habitats. The National Wildlife Federation's certification program provides resources and guidance to continue with our efforts to maintain and improve the natural environment of the community. Becoming certified has given Broadlands residents a distinctive increase in their quality of life. The community celebrates our certification annually on Earth Day.

South Woodlawn Neighborhood Association is made up of approximately 625 homes, condos, and apartments and is located in South Knoxville about two miles from downtown. South Knoxville has become a national destination for outdoor recreation and is becoming known for its unique Urban Wilderness. Like East Tennessee and South Knoxville, South Woodlawn is building a reputation as a place where the outdoors is celebrated.

We wanted to become certified because many in our association appreciate wildlife and believe it would be a great opportunity to be the first certified Community Wildlife Habitat in Tennessee. We have learned a great deal about how to provide for wildlife and have enjoyed sharing this information with others. Through events and door-to-door visitation we've had an opportunity to meet more of our neighbors and have been able to be involved with other groups, businesses, schools, and local leaders. We are delighted that so many people have gotten involved and excited to be a part of the process.

An achievement we are particularly proud of is raising $32,750 in grant money to build an outdoor classroom at South Doyle Middle School, a school in our neighborhood. The classroom includes a stone amphitheater overlooking a creek bordered by mature trees and a meadow, as well as native plants and a water quality research area. We were honored to have Tennessee state senators and representatives, along with both our city and county mayors and representatives from both the county commission and the city council, attend our garden dedication event. A great turnout even in the rain.

Brooklyn Centre is a neighborhood of Cleveland located on a ridge above the Cuyahoga River and Big Creek Valleys. We have great views of downtown Cleveland as well as a ringside seat for watching a broad range of wildlife and migratory birds, which call our majestic oaks, beeches, and maples home.

A while back, a group of friends and neighbors decided to take advantage of the shared goals and values we had with the National Wildlife Federation. Our history of being the first settlement west of the Cuyahoga and our rich heritage gave us a great starting point for sharing and teaching others about how becoming a National Wildlife Federation Community Wildlife Habitat would enhance the place we live, work, and play.

Nibley City, located near Logan in Northern Utah's Cache County, is a fast growing community with a population of 5,600. The county is nestled in a beautiful valley surrounded by mountains approaching 10,000 feet. Like most places in the scenic West, our population has grown and development has had negative impacts on wildlife. Twenty of us decided to certify our own properties with the National Wildlife Federation and to recruit others so that Nibley could become Utah's first certified community as an ensign to others across our state. We meet monthly and sponsor monthly activities/projects suited to improve wildlife habitat. We have had a great relationship with our city officials who now ask us for advice on developing new parks. Our mayor and city council are now certifying their properties as well.

Our activities include a free flower/seed exchange, songbird identification workshop, birdhouse building contest, wildlife photography contest, rainwater harvest workshop, planting projects, booths at our local Gardener's Market, tours of certified properties, and more. Our affiliation with the National Wildlife Federation has given our group a well-recognized name, and an identity that is now known throughout our county. And we are just getting started!

Chula Vista is the second largest city in San Diego County. Located seven miles south of downtown San Diego and seven miles north of one of the world's busiest international border crossings, Chula Vista is at the crossroads of the region. From a scenic bay front that stretches along the coast to the communities and majestic San Miguel Mountain in the east, Chula Vista is a biodiversity hotspot with over 5,000 acres of protected open space habitat.

By working with our residents to encourage them to make their own yards into habitat for the many species that call Chula Vista home we are able to expand opportunities for wildlife in our community. We also utilize our interactions with our residents and businesses to stress the importance of water conservation; because we typically receive less than 10 inches of average annual rainfall, conserving water is very important to minimizing water imports and the impact they have on the ecosystems where the water is coming from.

To support these important goals we host regular workshops on topics such as how to establish a wildlife-friendly habitat in your backyard (even if you only have a balcony!), how to compost, how to install a "laundry to landscape" gray water re-use system, how to install a rainwater collection system, and how community gardens can be wildlife habitat.

Austin, Texas, located on the Blackland Prairies and the Edwards Plateau ecoregions in Central Texas, is home to more than 850,000 people. It is also the city with the largest number of Certified Wildlife Habitats in the country. As part of the Community Plan, the Wildlife Austin program helped to achieve and maintain the Community Wildlife Habitat certification for the city as well as facilitate community involvement in various wildlife habitat projects. Becoming certified has helped Austin create valuable wildlife habitat, increase native plant use, and sequester carbon.

We hope to continue to further involve the community in increasing our number of certified habitats as well as increase our number of volunteers under the National Wildlife Federation's Habitat Steward volunteer program. 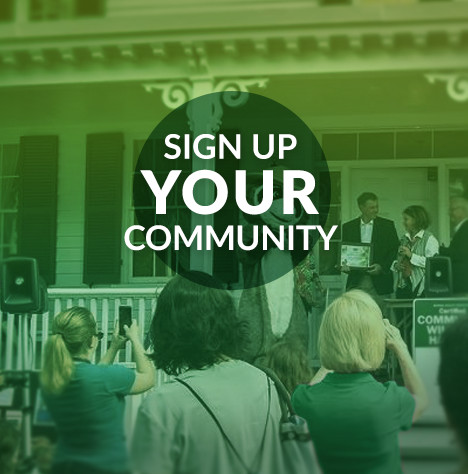 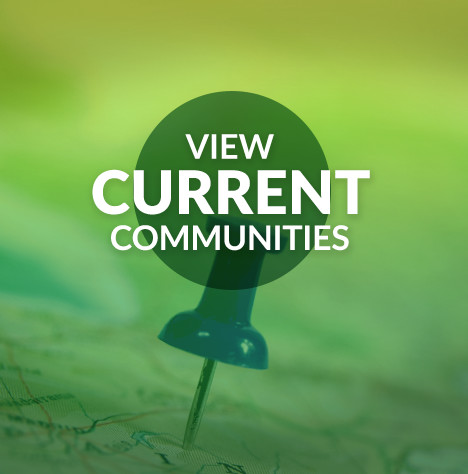 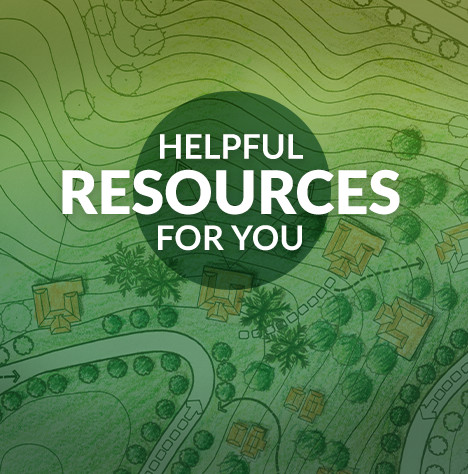