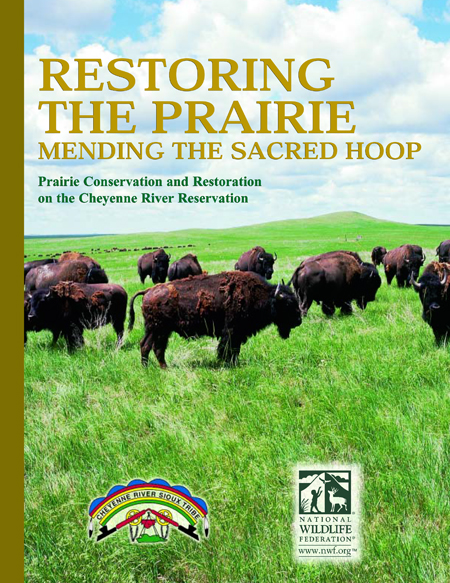 Nearly two centuries ago, Lewis and Clark began their voyage of discovery to the Missouri River and lands beyond. Prairie grasslands comprised the single largest ecological community they encountered on their journey, sustaining some of the West’s most legendary wildlife.

Millions of buffalo, mule deer and pronghorn grazed on prairie grasses and flowering plants. Large and small predators fed upon the grazing animals while eagles, ducks and migratory shorebirds soared overhead in search of a place to rear their young. A complicated and intricate tapestry was woven together, with habitat and wildlife in careful balance.

Indigenous people were also part of this delicate but resilient tapestry. Using all the prairies provided, the people and their culture prospered. Their survival depended on respecting all the prairie provided-shelter, clothing and food.

However, all this changed with the settlement of the Great Plains and the plowing of the prairies. Wildlife populations plummeted because of severe habitat loss and over-hunting. Buffalo were relegated to small fenced areas where they were protected but unable to flourish. The new prairie settlers had little tolerance for wildlife on grasslands that were now far more valuable as crop or pasture lands than habitat. The native people, too, were displaced and moved aside to accommodate agricultural development.

This report seeks to bring to light the possibilities for conservation success on tribal lands and, ultimately, grasslands across North America.

Prairie Conservation and Restoration on the Cheyenne River Reservation