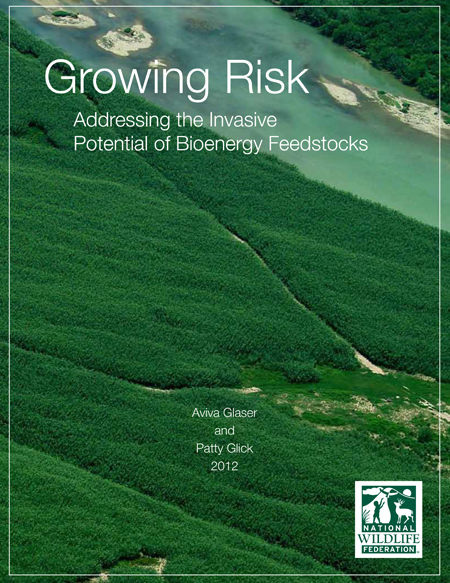 Without question, America needs to transition to a cleaner, more sustainable energy future. As we move forward with our energy choices, we must be mindful of how short term economic decisions can come with unintended consequences and high long-term costs to society and the environment. Bioenergy is one homegrown source of renewable energy that could help meet some of our energy needs. However, in order to create a truly clean energy future, bioenergy must be produced in a way that has long-term economic viability, helps address climate change, and protects and enhances native habitats and ecosystems.

The explosion in federal and state mandates and incentives for renewable energy in recent years has led to a greatly increased demand for cheap and plentiful biomass from a variety of plants and microorganisms. This increased demand for bioenergy has led to considerable interest in a number of non-native and potentially invasive species that are currently being cultivated or considered for use as bioenergy crops. In fact, some of the very characteristics that make a plant particularly useful as a source of biomass energy (e.g., rapid growth, competitiveness, tolerance of a range of climate conditions) are the same characteristics that make a plant a potentially highly invasive species.

Widespread cultivation of exotic and genetically modified species for bioenergy is becoming increasingly likely. Should these species escape cultivated areas and enter nearby habitats, the results could be devastating for native ecosystems as well as the economy. Very little is known about the full potential scope of the problem, yet the industry is moving full speed ahead. Already, there are examples of intentional cultivation of biomass species that are known to be invasive or have the potential to become invasive. For instance:

In addition, the use of already highly-destructive invasive plants for bioenergy, including Chinese tallow (Triadica sebifera), kudzu (Pueraria montana var. lobata), Eurasian watermilfoil (Myriophyllum spicatum), and common reed (Phragmites australis), is being proposed as a way to capitalize on the potential benefits of the plants while providing an opportunity for their control.While this may allow for a win-win for ecosystem restoration and renewable energy production, it also raises the concern that the active re-establishment of the invasive species, rather than their control, might be incentivized.

The severity of this threat is by no means trivial. Every year, invasive species cost the United States billions of dollars and affect countless acres of native ecosystems. Researchers estimate that nearly half of the species listed as threatened or endangered under the U.S. Endangered Species Act are at risk, at least in part, due to the impacts of invasive species. Despite this, few safeguards exist in law and in practice to prevent the spread of invasive species. To date, current laws and regulations dealing with invasive species have been reactive and piecemeal.

As a result, invasive species that we may have been able to inhibit are causing widespread environmental and economic harm. We now have an opportunity to prevent irreparable harm by heeding sensible precautions. With foresight and careful screening, we have important opportunities to minimize and, where possible, prevent negative impacts of biomass feedstocks on the nation’s communities and ecosystems. We recommend some key actions to help ensure that the next generation of bioenergy does not fuel the next invasive species problem.

Bioenergy can be an important part of a sustainable energy future, but only if it is produced in a way that safeguards native ecosystems and minimizes the risk of invasion.

This report addresses the invasive potential of bioenergy feedstocks.