The Dirt on Dirt 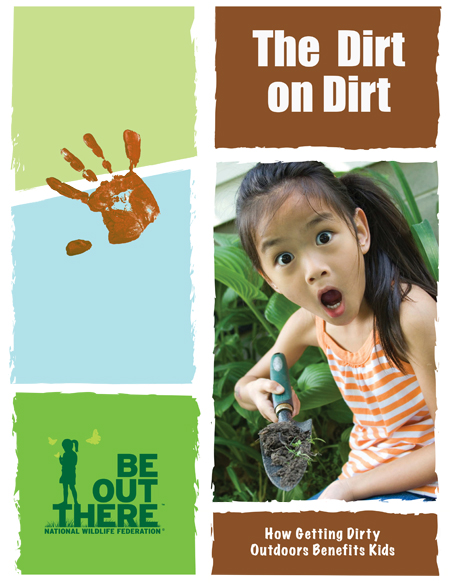 “Don’t track mud in the house!”

“Wash your hands before dinner!”

“You can’t play with that, you don’t know where it’s been!”

Parents wear those phrases out like old blue jeans put through the spin cycle too many times. Many have come to see D-I-R-T as a four-letter word. Only two decades ago, kids made forts with sticks and mud, waded up to their knees in streams. How many do that now? Fears about dangers lurking in the muck (microbes, parasites and amoebas, oh my!) and a societal slant in favor of oversanitization keep families from letting kids do what comes naturally, which is to go outside and get a little messy.

But here’s a dirty little secret:

Dirt and germs can actually be good for kids. The things small children want to do outside, like building mud castles, splashing around in puddles and rolling down hills until their clothes are irreparably grass-stained—all those things that make mothers reach for hand sanitizer and laundry detergent— may, in fact, be a grubby little prescription for health and happiness.

Unfortunately, boys and girls today spend the better part of their time, seven hours per day on average (Rideout, 2010), indoors, in the sterile company of technology, rather than following their in-born impulses to explore the natural world with their senses. This indoor childhood is damaging to kids. In fact, in the last twenty years as kids spent less and less time outside, childhood obesity rates more than doubled (CDC, 2008), the United States became the largest consumer of ADHD medications in the world (Sax, 2000), 7.6 million U.S. children are vitamin D deficient (Kumar, 2000), and the use of antidepressants in pediatric patients rose sharply (Delate, 2004).

When kids do leave the house, a growing body of research suggests the exact things we do in the name of protecting them from dirt and germs, such as not letting them get too messy and frequently using hand sanitizers and antibacterial products, can inhibit their mental and physical health and resilience.

This report reveals how getting down and dirty in the great outdoors — far from being a bad thing — helps children lead healthier, happier lives.

The Dirt on Dirt

This report reveals how getting down and dirty in the great outdoors — far from being a bad thing — helps children lead healthier, happier lives.