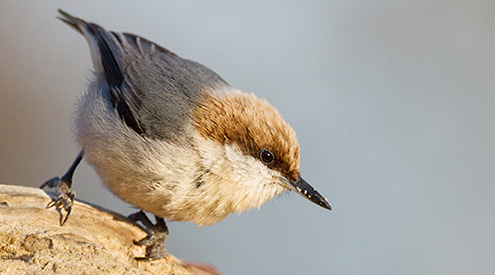 The city of Atlanta again made the top three most wildlife friendly cities, this time sneaking up a spot to number two on our list. Atlanta currently has 1,002 Certified Wildlife Habitats, 63 of which are Schoolyard Habitats. The city’s Climate Action Plan includes a focus on expanding urban parks and greenspaces within the city as well as expanding tree canopy.  Atlanta is also known as “The City in a Forest” for its large number of trees and its commitment to restoring urban tree canopy to support wildlife and communities.  The Atlanta Metro Area is home to 6 certified Community Wildlife Habitats, including Druid Hills, Chamblee, Roswell, Johns Creek, Alpharetta and Milton.

“Atlanta was just named number two on the list of the Top 10 Wildlife Cities in the US by the National Wildlife Federation,” said Mike Worley, executive director, Georgia Wildlife Federation. “As the Georgia affiliate of NWF, we at Georgia Wildlife Federation salute our capitol city, our “City in a Forest”. After evaluating the number of Certified Wildlife Habitats, in looking at Monarch butterflies initiatives, in Schoolyard Habitats and in our percentage of natural and park space Atlanta sets a high standard.  Let’s all celebrate this achievement, it’s not the first time we’ve been here.  Furthermore, let’s recommit ourselves to be even more vigilant in conserving and expanding our natural areas and our healthy wildlife populations…they enrich our souls, they improve our lives and health…and they improve our property values.  Look out Austin - just like we always do in Atlanta, we’re eyeing that number one spot.”