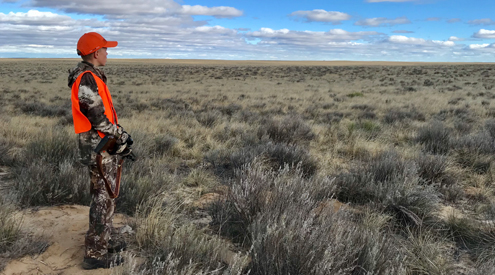 The new legislation, sponsored by Sens. James Risch (R-Idaho), would grow the ranks of hunters who support conservation efforts through excise taxes on firearms and equipment. The Pittman-Robertson Act was central to the founding of the National Wildlife Federation in 1936.

The Pittman-Robertson Modernization Act would authorize some funding from Pittman-Robertson excise taxes on hunting and shooting equipment to be spent by state wildlife agencies on recruiting and marketing to hunters and recreational shooters in order to reverse declines in hunting participation, which provides funding for wildlife conservation.

The Federal Aid in Wildlife Restoration Act, commonly known at the Pittman-Robertson Act, has been instrumental in recovering many of America’s wildlife species since it was originally passed in 1937 to distribute an excise tax on firearms and hunting equipment to state fish and wildlife agencies for conservation efforts. It includes an 11% tax on firearms, ammunition, and archery equipment that is apportioned to state wildlife agencies each year for wildlife conservation and hunter education. Since distributions began in 1939, it has provided $18.8 billion to state fish and wildlife agencies, all funded by hunters and recreational shooters.

However, the number of hunters has declined in recent decades, from 14.1 million hunters in 1991 to 11.5 million by 2016, according to the National Survey of Fishing, Hunting, & Wildlife-Associated Recreation by the U.S. Fish and Wildlife Service, and projections forecast that number will continue to drop without the efforts that the Pittman-Robertson Modernization Act will allow.