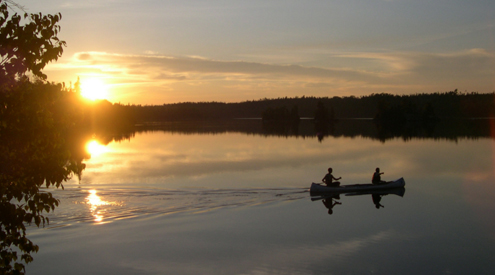 “Few laws have been as transformative to the nation’s quality of life as the Clean Water Act.”

WASHINGTON, D.C. (October 20, 2022) — A new report from the National Wildlife Federation outlines how the Clean Water Act – which was signed into law 50 years ago this week -– has improved water quality and protected water bodies nationwide.

The report, Five Decades of Clean Water: The Clean Water Act’s Incredible Successes, Its Current Limitations, and Its Uncertain Future, details the law’s successes, including:

“Few laws have been as transformative to the nation’s quality of life as the Clean Water Act,” said Jim Murphy, director of legal advocacy for the National Wildlife Federation. “The waterways that could lose protection are the kidneys and sponges of larger rivers and lakes, safeguarding the health and safety of millions of Americans.”

The 50th anniversary of the law’s passage comes as the Supreme Court is considering a case that has the potential to remove Clean Water Act protections for roughly half the nation’s streams and wetlands.

“If the Supreme Court rules in favor of polluters, state and local agencies must step in to ensure our drinking water supplies, flood protection, and critical habitats are secure for future generations and Congress must act to restore the broad protections it intended,” said Murphy.

The outcome of this case could put people and wildlife across the country at risk:

“From undrinkable water in Jackson to the flood-prone wards of Houston, the importance of clean water and thriving wetlands has never been clearer,” said O’Mara.