A better understanding of their behavior can help protect birds from habitat loss, pollution, climate change and other threats 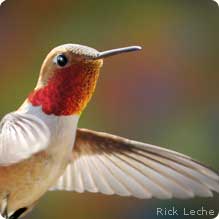 The familiar phrase “bird brain” may make you think birds are not too bright, but the sexual antics and social lives of birds are surprisingly sophisticated. Why do birds divorce? What makes them cheat on their mates? Why might couples favor sons over daughters? These aspects of behavior aren’t mere curiosities: they’re crucial puzzle pieces that will help researchers understand the threats to birds from pollutants, climate change and habitat destruction.

MYTH #1:
Birds sing because they are happy
Males sing as a form of aggression to warn competing males to stay away and also to signal their personal qualities to attract females to mate with them. Females tend to prefer males who sing more often or have more complex songs.

MYTH #2:
Birds pair for life
Divorce is a regular part of life for almost all birds; most live with one partner for only a few months or years, depending on the species. Annual divorce rates range from 99 percent in the greater flamingo to 0 percent in the wandering albatross.

MYTH #3:
Birds are monogamous
Most songbirds in North America cheat on their mates; DNA paternity testing shows that in many species, 40 percent of the young are the result of extra-martial matings.

MYTH #4:
Touching a baby bird causes parents to abandon the nest
Parents put so much effort into building nests, incubating eggs and caring for young that they rarely desert nestlings simply because a person has found the nest.  A young bird chirping for food near the nest has not necessarily been abandoned; its parents are probably nearby waiting for you to leave the area.

MYTH #5:
Swallows survive winter by burrowing in the mud
Thank Aristotle for this idea, but the truth is hard to believe too. Purple martins and barn swallows fly about 10,000 miles round trip to Brazil to escape the northern winters.

MYTH #6:
Feeding hummingbirds in the fall stops them from migrating
Many birds enjoy plentiful food in the early fall, especially those that feed on flowers and fruit, but they leave on migration anyway because of favorable tail winds and shortening day length.

MYTH #7:
Birds are stupid
Bird brains are simple in design compared with mammals, but don’t let this fool you. Birds can recognize relatives they haven’t seen in years, tell a neighbor from a stranger just by its voice, remember the location of food they hid away months earlier, and even use tools.

MYTH #8:
Two parents are needed to raise the young
In many birds like hummingbirds and woodcock, the female raises the young all by herself. In other birds like crows and blue jays, parents recruit nannies, usually former offspring, to help protect and feed the young.

MYTH #9:
Birds have no sense of smell
Most birds cannot smell odors nearly as well as dogs, for instance, but some seabirds can recognize their mate by smell alone, and turkey vultures find their meals by sniffing out the gases coming from carrion.

MYTH #10:
Since birds can fly so well, they can easily adapt to climate change
Although many birds species are moving north as temperatures rise, and even laying eggs earlier, in some cases their food supply no longer peaks when they need it the most--and their young suffer.

Bridget Stutchbury is a professor of biology at York University in Toronto and the author of several books about birds. Her latest, The Private Lives of Birds: A Scientist Reveals the Intricacies of Avian Social Life, was published by Walker & Company on June 1, 2010.