By a Nose: Birds' Surprising Sense of Smell

Biologists are discovering that many avian species rely on scent for feeding, breeding and other behaviors 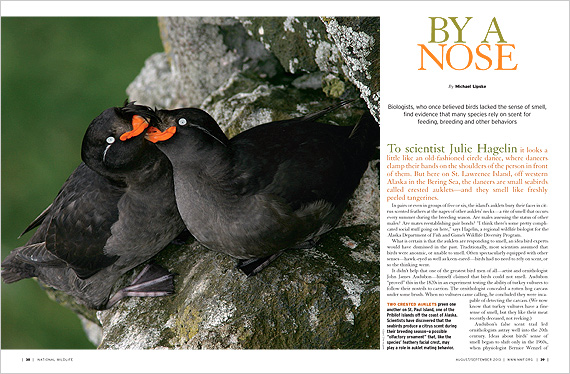 TO SCIENTIST JULIE HAGELIN  it looks a little like an old-fashioned circle dance, where dancers clamp their hands on the shoulders of the person in front of them. But here on St. Lawrence Island, off western Alaska in the Bering Sea, the dancers are small seabirds called crested auklets—and they smell like freshly peeled tangerines.

In pairs or even in groups of five or six, the island’s auklets bury their faces in citrus-scented feathers at the napes of other auklets’ necks—a rite of smell that occurs every summer during the breeding season. Are males assessing the status of other males? Are mates reestablishing pair bonds? “I think there’s some pretty complicated social stuff going on here,” says Hagelin, a regional wildlife biologist for the Alaska Department of Fish and Game’s Wildlife Diversity Program.

What is certain is that the auklets are responding to smell, an idea bird experts would have dismissed in the past. Traditionally, most scientists assumed that birds were anosmic, or unable to smell. Often spectacularly equipped with other senses—hawk-eyed as well as keen-eared—birds had no need to rely on scent, or so the thinking went. 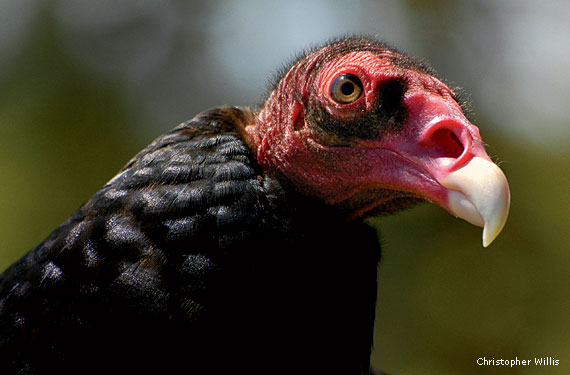 It didn’t help that one of the greatest bird men of all—artist and ornithologist John James Audubon—himself claimed that birds could not smell. Audubon “proved” this in the 1820s in an experiment testing the ability of turkey vultures (above) to follow their nostrils to carrion. The ornithologist concealed a rotten hog carcass under some brush. When no vultures came calling, he concluded they were incapable of detecting the carcass. (We now know that turkey vultures have a fine sense of smell, but they like their meat recently deceased, not reeking.)

Audubon’s false scent trail led ornithologists astray well into the 20th century. Ideas about birds’ sense of smell began to shift only in the 1960s, when physiologist Bernice Wenzel of the University of California–Los Angeles began focusing on the study of olfaction in birds. One of her early experiments—described by British zoologist Tim Birkhead in his 2012 book Bird Sense: What It’s Like to Be a Bird—involved measuring the heart rates of pigeons while they were exposed to a stream of unscented air followed by air to which odor had been added. To Wenzel’s surprise, the scented air made the pigeons’ heart rates spike. More investigations followed, involving a range of bird species. Wenzel ultimately demonstrated that even birds with very small olfactory bulbs have the ability to smell. (The olfactory bulb is the part of a vertebrate brain that processes odors.)

She also was the first to prove scientifically that kiwis—flightless, nocturnal birds whose nostrils are at the ends of their long beaks—rely on scent when foraging for earthworms and other invertebrates in the forests of New Zealand. In the decades since Wenzel kick-started the science of bird olfaction, evidence has mounted that many bird species depend on smell, whether to feed themselves and their young, interact with other members of their species or just find their way home. Burrow-nesting petrels, for example, which have some of the biggest olfactory bulbs of any bird species, often return to their nesting colonies at night and appear to rely on scent to recognize their musky-smelling home burrows.

Biologist Gabrielle Nevitt of the University of California–Davis has spent much of her career investigating how seabirds forage and navigate over vast stretches of open ocean. One of her recent projects, conducted with French scientist and albatross authority Henri Weimerskirch, analyzed how the wandering albatross (right) finds food—usually squid—on foraging trips that can cover thousands of square miles of ocean. 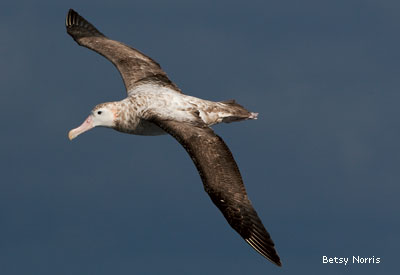 “We explored data collected using a combination of stomach-temperature recorders [devices that indicate when a bird has eaten] and high-resolution GPS to look at how birds approached a food item on the water from kilometers away,” says Nevitt. Nearly half the time the birds flew a zigzag path to home in on odor plumes coming from food. Depending on the wind, albatrosses may lock onto the scent of prey from as far away as 12 miles.

Seabirds may be the avian world’s super smellers, but it’s beginning to look as if smell plays a role even in the lives of songbirds, which have relatively small olfactory bulbs. E. Tobias Krause and Barbara Caspers, biologists at Germany’s University of Bielefeld, recently tested the ability of fledgling zebra finches to recognize relatives by scent.

When the finches in their lab hatched, the researchers took them from their parents and put them in a different brood. After 20 to 23 days, the young birds were offered a choice between a nest box smelling like the nest they had hatched in or the nest in which they had been reared. The finches approached the nest that smelled like their genetic parents. That a songbird could recognize its kin “based on olfactory cues alone was a radically new insight,” Krause says. 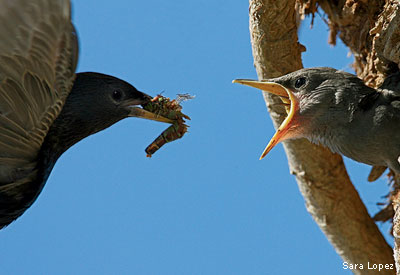 Scientists in Germany have shown that another small-bulbed bird, the European starling (left), relies on its sense of smell to select aromatic (and parasite-resisting) plants for its nest. A study of blue tits on Corsica showed similar behavior, with the birds bringing to their nests pungent herbs such as lavender and mint.

As part of her research on crested auklet breeding behavior, Hagelin spent about three years examining auklets that had been killed by predatory gulls. “I would scare the gull away, remove the head, and then give the gull back what it really wanted for dinner, which was the body.” Dissecting the heads, Hagelin learned that crested auklets “are thoroughly unremarkable when it comes to their olfactory bulb size.” Yet the birds have provided abundant evidence that they respond to the body scent they produce.

In one field experiment, Hagelin presented individual adult birds with a choice of scents in a Plexiglas T-maze (“We called it the Smell-O-Tron,” she says, laughing). Given a choice between a novel smell—a synthetic version of banana scent—or their tangerine scent, the birds showed no interest in the banana smell but were attracted to the smell of auklet.

In other experiments, Hagelin and two colleagues applied synthetic auklet scent to the napes of taxidermy models of male crested auklets. When both scented and unscented models were put out in the nesting colony, male and female auklets approached scented male models more often than they did unscented ones.

We humans aren’t known for our keen sense of smell, but Hagelin says that when the wind is blowing the right way, she can smell crested auklets from as far away as a half mile. The birds begin producing their scent in late spring, and it wanes over the course of summer. To Hagelin, this pattern suggests that the scent could function as a kind of “olfactory ornament,” much like feathery facial crests that serve as visual ornaments during the breeding season.

That auklets and other birds are paying attention to scent “radically alters our view of how and why birds behave,” Hagelin says. “I suspect that birds use their noses in a variety of ways that we are only now beginning to understand.”