News of the Wild: Are Brown Bears Descended from Polar Bears?

One study shows on Alaska's ABC Islands, this is indeed the case 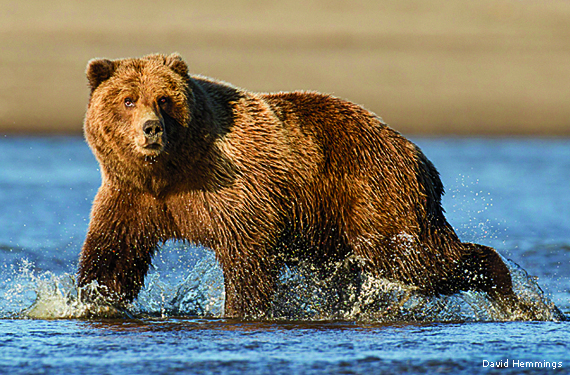 A GENETIC STUDY OF ALASKAN BEARS published last March in PLOS Genetics reveals that the huge brown bears of Alaska's Admiralty, Baranof and Chichagof Islands, known as the ABC Islands, originated as a population of polar bears. DNA studies by James Cahill, a graduate student in ecology and evolutionary biology at the University of California-Santa Cruz, and his colleagues revealed that ABC-island brown bears show clear evidence of polar bear ancestry and share more DNA with female polar bears than with males. This evidence suggests that at the end of the last ice age a polar bear population became isolated on the ABC Islands and that male brown bears, which when young tend to leave the area where they were born, swam to the islands and “gradually transformed the population from polar bears into brown bears,” Cahill says.

The new work indicates that episodes of gene flow between the two species occurred only in isolated populations and did not affect the larger polar bear population, which remains free of brown bear genes. However, the findings suggest that continued climate warming and loss of Arctic sea ice may allow the same genetic swamping to occur more broadly.