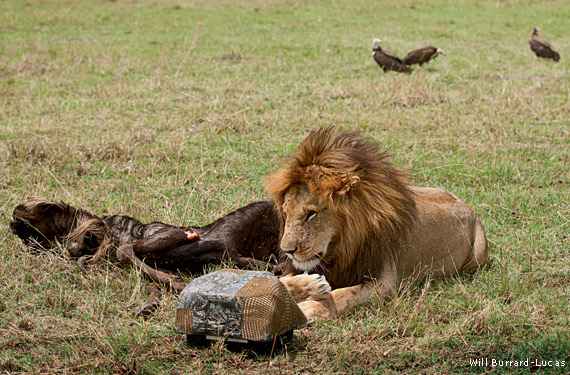 WILDLIFE PHOTOGRAPHERS are always trying to get their lenses as close as possible to animal subjects, but four years ago British camera pro Will Burrard-Lucas took the process a giant step further. Backed with knowledge from a degree in physics, he built BeetleCams—remote-controlled, wheeled robots mounted with cameras to capture close-up, ground-level images of African wildlife. He and his brother, Matt, took a BeetleCam to Tanzania in 2009 and captured images of elephants and buffalo before a lion demolished the equipment. 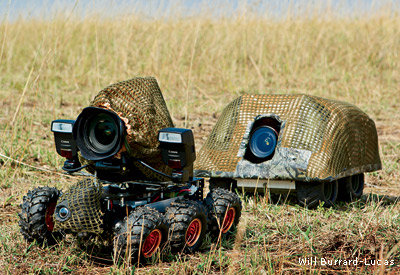 In 2011 they took newly designed BeetleCams (right), including one with an armor shell of aluminum and fiberglass, to Kenya’s Maasai Mara National Reserve to get in-their-faces photographs of lions while the cameramen stayed more than 50 yards away. “The BeetleCam received a battering but survived, and we came back with a portfolio of lion photographs that exceeded all our expectations,” Will says.

Among their pictures is this close-up of lionesses feeding (below) and a lion beside a wildebeest (top), looking a trifle put out at having a camera in his face. 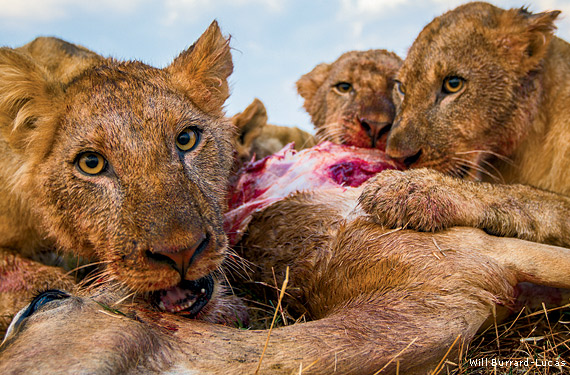 Will moved from London to Zambia in 2012 to spend a year photographing wildlife, primarily in South Luangwa National Park. Visit his website, www.burrard-lucas.com, to see BeetleCams at work.