Protecting public lands, a farm bill "worth the wait," a win for whales and offshore wind, and more 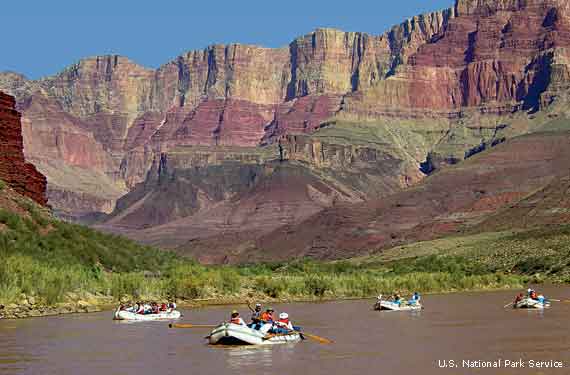 National, state and community parks, wilderness areas, refuges and reserves encompass more than 640 million acres of critical wildlife habitat in the United States and offer visitors unique outdoor experiences. Since its inception, NWF has been fighting to ensure that these public lands receive adequate funding and protections and remain accessible to all those who treasure them. Following are some ways the Federation, with the support of its members, have helped conserve these vital landscapes.

• NWF, its affiliates and partners have worked for the past 50 years to support the national Land and Water Conservation Fund, which annually uses hundreds of millions of dollars of royalties from oil and gas drilling rather than taxpayer dollars to acquire public lands. These include the Everglades Headwaters National Wildlife Refuge and Conservation Area, established in 2012 and home to more than 200 imperiled plant and animal species such as the scrub-jay and endangered Florida panther.

• For more than 30 years, NWF has fought against habitat fragmentation on public lands. For example, NWF won a decade-long battle in 2005, when a court ruled against a U.S. Bureau of Land Management plan to rebuild abandoned roads within Arizona’s Arrastra Mountain Wilderness Area. 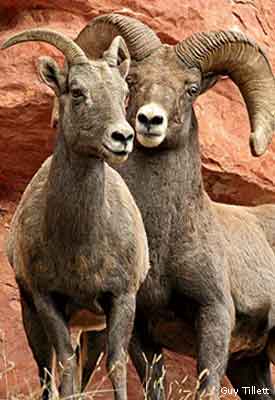 • NWF has been collaborating with communities, sportsmen and outdoor recreationists to protect public lands from harmful energy development for more than a decade. This includes pushing for passage of the 2009 Omnibus Public Lands Act, which protects 2.2 million wilderness acres in nine states. In 2012, NWF also secured federal protections from oil and gas development for more than 11 million acres in the National Petroleum Reserve in Alaska. Its Teshekpuk Lake provides habitat for hundreds of thousands of migratory birds and calving grounds for 45,000 caribou. The same year, NWF, the Arizona Wildlife Federation and partners helped establish a 20-year moratorium on uranium mining claims on more than 1 million acres of public lands surrounding Grand Canyon National Park (above).

• NWF, its state affiliates and partners have worked to establish several landscapes as national monuments, thereby protecting them from future development. These includes Colorado’s Chimney Rock in 2012, which provides about 5,000 acres of vital habitat for mountain lions, eagles, bats and woodpeckers, and New Mexico’s Rio Grande del Norte in 2013, which features more than 240,000 acres inhabited by mule deer, elk, bighorn sheep (right), pronghorn, raptors, river otters and cutthroat trout. Both are also migration corridors for birds such as sandhill cranes, herons and hummingbirds. NWF is working on achieving this designation for other areas in Colorado, Idaho, New Mexico and West Virginia.

“Conserving and expanding our public lands is essential to providing wildlife continuous habitat and to inspiring generations of stewards who will protect these precious, wild spaces,” says Kate Zimmerman, NWF’s policy director for public lands.

In March, the Obama administration selected Na’Taki Osborne Jelks, manager of education and advocacy programs in NWF’s Atlanta office, as one of 14 White House Champions of Changefor her outstanding efforts to teach conservation stewardship to youth. For more about Jelks’ work and that of NWF’s South Central Regional Center, go to www.nwf.org/southeast.

With encouragement from the Federation and other supporters, the U.S. Congress passed the RESTORE Act in 2012, dedicating 80 percent of civil fines and penalties from the 2010 BP oil spill to repairing damage to the Gulf of Mexico. NWF, its Gulf state affiliates and the Restore the Mississippi River Delta coalition recently released Path to a Healthy Gulf: Priorities and Projects to Restore the Gulf of Mexico. This report recommends projects that would employ these funds—an estimated $4 billion to $20 billion—to not only address this damage but also help repair a half-century’s worth of ecological degradation in the region.

These projects would restore wetlands, barrier islands, sea-grass beds and coral and oyster reefs to buffer communities against disasters such as sea-level rise and flooding as well as violent storms. These habitats also provide essential food, shelter and nurseries for birds, fish, sea turtles and other marine life, including shellfish.

“Natural resources are the foundation of the Gulf Coast economy,” says David White, director of NWF’s Gulf of Mexico Restoration Campaign. “The best way to offset the disaster’s impacts is to implement projects that repair damaged wildlife habitats.” Find details about these projects at www.nwf.org/oilspill.

Farm Bill “Worth the Wait” 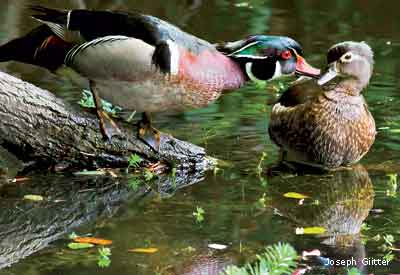 NWF, with the support of farmers, sportsmen and other conservationists, has worked for three years to ensure the U.S. Congress reauthorized a federal Farm Bill that encourages farmers to conserve habitat. While not perfect, the bill that finally passed in January was “worth the wait,” says Julie Sibbing, NWF’s senior director of agriculture and forestry programs.

The bill includes a critical provision that will protect water quality: In order for farmers to receive crop insurance subsidies, they will have to practice basic soil and wetland conservation measures on environmentally sensitive land. Doing so will prevent millions of wetland acres from being drained, keep millions of tons of soil from eroding and washing into waterways, and ensure that taxpayer money will not subsidize environmentally destructive farming practices.

The bill also includes funding for farmers to create wildlife habitat and work on renewable-energy projects such as planting biofuel crops. However, the final bill limits subsides to plant crops on fragile native grasslands in only six states rather than nationwide and cuts incentives for farmers to set aside farmland for wildlife. A full analysis of the bill can be downloaded from www.nwf.org/farmbill.

A Win for Whales And Offshore Wind

This spring, NWF and a coalition of organizations secured a second landmark agreement with offshore wind developers to protect endangered North Atlantic right whales. Fewer than 500 of these animals exist, so such agreements are critical to protect this species as the need for clean offshore wind power continues to grow.

Deepwater Wind, a company that holds a lease for offshore wind development in the waters off Rhode Island and Massachusetts, has agreed to increase whale monitoring, reduce vessel speeds and limit if not eliminate sound-producing surveys in the area during the whales’ peak migration season from November through mid-May. Loud underwater noises have been linked to disruption of marine mammal communication and hearing loss, making the animals more vulnerable to ship strikes and predation.

“Responsibly developed renewable energy is essential for protecting wildlife from the dangers of climate change and other detrimental consequences of dirty fuels,” says Catherine Bowes, NWF’s senior manager of climate and energy. “We congratulate Deepwater Wind on being a leader in this field, and we are working to inspire others to take similar initiative.” Learn more at www.nwf.org/offshorewind. 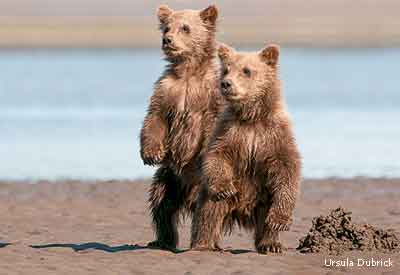 In February, the U.S. Environmental Protection Agency (EPA) initiated a formal review process of the proposed Pebble Mine in Alaska, which would be the country’s largest open-pit copper and gold mine. The agency conducted an assessment and, after having received more than 850,000 comments from organizations such as NWF and its affiliate the Renewable Resources Coalition, residents, sportsmen and others, concluded in January that the mine would likely have significant, irreversible negative impacts on Alaska’s Bristol Bay. This watershed provides more than half of the world’s sockeye salmon, an important economic resource and food for wildlife such as brown bears (left).

EPA is consulting with the U.S. Army Corps of Engineers and the mine’s developer and will hold a public comment period before ruling whether it will prohibit or restrict the mine’s detrimental fill activities. Although the mine is not yet banned, “this is a huge step in the right direction,” says NWF Senior Attorney Tony Turrini.

In August, Alaska residents also will be able to vote on a state primary ballot initiative that would require legislative approval of any proposed large-scale mining in the Bristol Bay Fisheries Reserve. Go to www.renewableresourcescoalition.org to learn more.

NWF Invites You to Explore Nature During Great Outdoors Month