Founder of craigslist branches out to help squirrels, owls and people 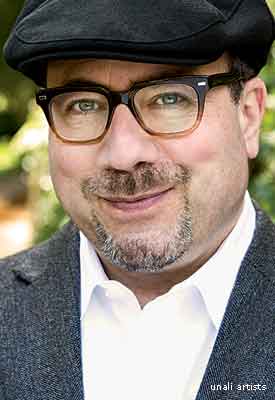 CRAIG NEWMARK MAY BE BEST KNOWN FOR CRAIGSLIST, the online classified ad forum he founded in 1995. But since digital agency Rad Campaign introduced him to the Federation in 2012, he has been a celebrity to NWF for his online #Hoot2Give and #Squirrels4Good fundraising campaigns and his personal donations, which together have provided thousands of dollars for wildlife. Although an avid birder, he also enjoys watching squirrels in his San Francisco, California, backyard because, he says, “I relate to their personalities.”

Newmark does leap agilely between many branches of philanthropy. Through his website craigconnects.org, launched in 2011, he promotes causes ranging from aiding veterans to supporting investigative journalism and voters’ rights. He says he uses social media to further organizations that are “good at getting stuff done in what I believe in” and “areas that I think are not getting enough attention and where I can move the needle.”

Why? “My focus is on the here and now,” says Newmark, “But I have a vision for the next 20 years where everyone on the planet uses the Internet to help each other out.”

NWF Supporter Spotlight: Oatmeal Cartoonist Matthew Inman
Join the Conversation and Voice Your Support for Wildlife and NWF
Leave Your Own Legacy for Wildlife
More Ways You Can Help