How gardening benefits kids, legacy of an oil spill, love at first scent and more 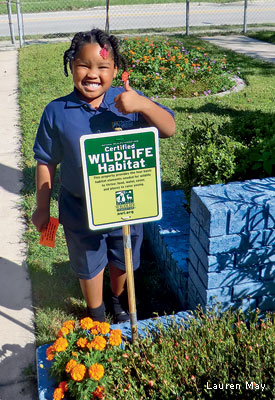 Researchers at Cornell University have identified a simple, low-cost way to give kids more exercise: schoolyard gardens. In a study of elementary schools in six New York counties, the team noted that youngsters at schools with gardens—such as the St. Pius V Catholic School in Jacksonville, Florida (right)—were four times more active than those at facilities with no gardens. “This is one of the first experiments to measure the effects of gardening on students’ physical activity,” says Patrick Fitzgerald, senior director of community wildlife at NWF, which administers the nation’s largest schoolyard-habitat program with some 4,500 participating institutions.

Playing in schoolyards that feature gardens, natural habitats and trees also reduces children’s stress levels, according to environmental designers at the University of Colorado–Boulder. Writing in 2014 in the periodical Health & Place, the researchers observed that schools are prime sites for promoting good health by providing access to nature. “Schools are where children spend a major part of their life hours, so they’re important places to look at for integrating daily contact with the natural world,” says Louise Chawla, lead author of the study. 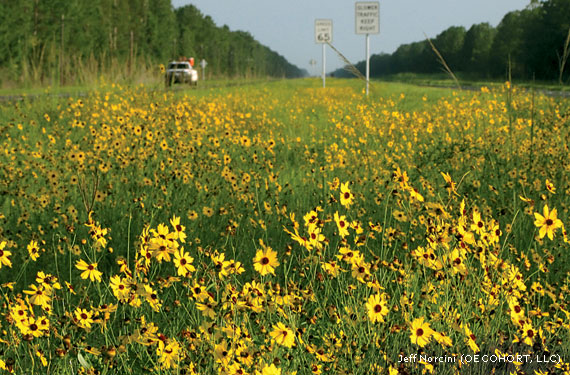 There’s a lot more to roadside vegetation than meets the eye. According to a study released last year by the Florida Department of Transportation, such vegetation provides the state with nearly a half-billion dollars annually in ecosystem services, including carbon sequestration, prevention of polluted-rainwater runoff and support for crop pollinators such as bees and butterflies. The agency also found that the value of these services would triple to $1.5 billion when low-maintenance native plants (such as coreopsis growing along Route 98, left) are incorporated into the state’s highway landscapes. “It’s clear this vegetation has significant value to every Floridian in terms of the air we breathe, the food we eat and the waterways and springs we enjoy,” says Lisa Roberts, executive director of the Florida Wildflower Foundation. 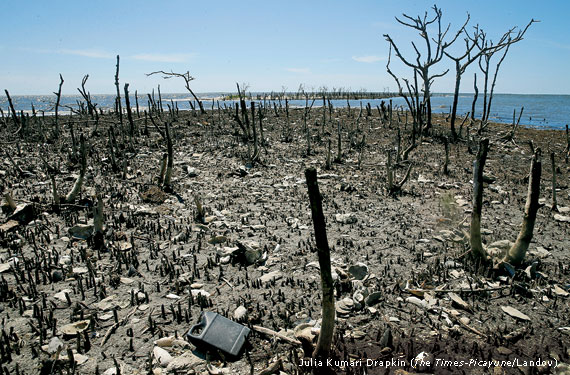 Legacy of an Oil Spill

The dead stumps of oil-choked mangroves sprout from Cat Island in Barataria Bay off the coast of Louisiana. Five years ago—before the BP spill dumped more than 140 million gallons of crude oil into the Gulf of Mexico—this site was packed with breeding pelicans, which relied on the island’s mangroves for nesting. “Mangroves have little breathing structures on their roots, which became coated in oil, killing the plants,” says David Muth, director of NWF’s Gulf Restoration Program. Today the once-thriving rookery is gone, and without the trees to hold soil in place, Cat Island and other barrier islands in Barataria Bay are eroding more rapidly than before the spill. 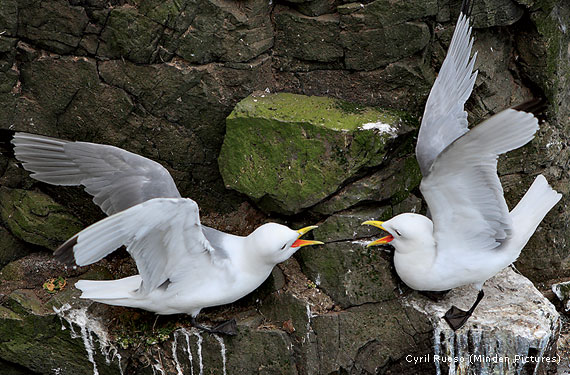 A long-term study of cliff-nesting black-legged kittiwakes in Alaska has found the first evidence that birds may choose their mates through their olfactory senses. In the journal Nature’s Scientific Reports, behavioral experts affiliated with the Konrad Lorenz Institute of Ethology in Austria reported last November that when the seabirds groom themselves with their bills, they spread chemical compounds from their preen glands throughout their plumage. These chemicals produce distinct smells that allow kittiwakes to compare their own odors with those of potential mates, enabling the animals to choose unrelated individuals as breeding partners to produce fitter offspring. “The more research that is performed on smell,” says team leader Richard Wagner, “the more it appears that anything mammals can do, birds can do, too.” 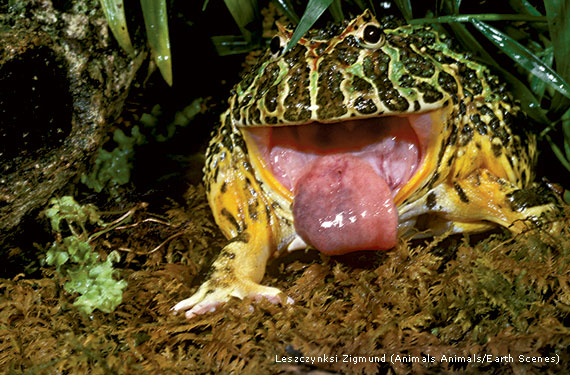 To catch a meal, the South American horned frog lies in wait until potential prey wanders close. Then the frog shoots out its tongue, slapping its target with the sticky underside and pulling the prey into its open maw, all in milliseconds. After a first-ever investigation of the adhesive strength of the frog’s tongue, researchers at Christian-Albrechts-Universität zu Kiel in Germany reported last year that the amphibian can capture prey weighing as much as three times its own body weight—the equivalent of a human lifting a 400-pound object with his or her tongue.