A photographer captures a stunning photo of a bird and bloom 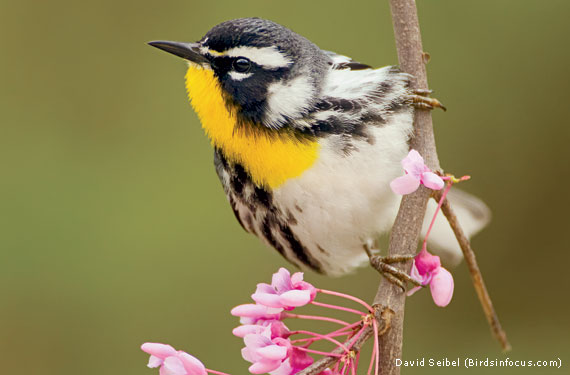 IN BRIGHT BREEDING PLUMAGE, a yellow-throated warbler perches on an eastern redbud tree in Bonner Springs, Kansas. “I had been envisioning this image for years,” says David Seibel, an ornithologist and professional bird photographer (BirdsInFocus.com). Seibel took this photo from his car window using a beanbag as a tripod. “In many ways, it was a lucky shot,” he says. “I was facing directly into the sun with no flash, but the bird lined up with dense foliage behind it to block the light.” 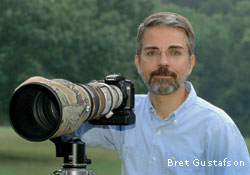 With scores of other songbird species, yellow-throated warblers migrate from tropical climes to North American breeding grounds during April and May. To fuel their journeys, they eat insects produced by native trees such as redbuds. This common occurrence became sublime when bird and bloom united for a brief moment within Seibel’s line of sight.
More from National Wildlife magazine and NWF