Sandhill cranes take a Canada goose gosling under their wing. 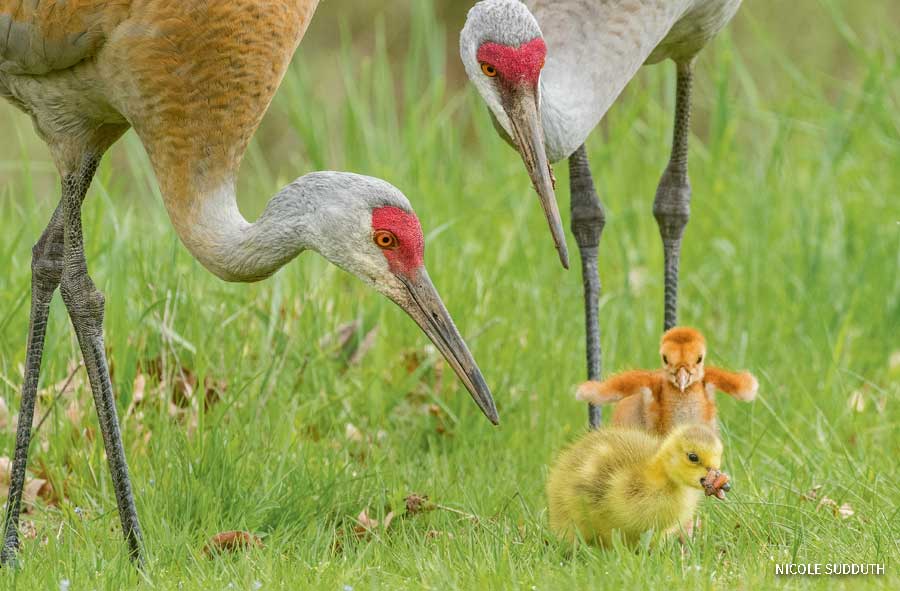 A CHARMING MIX-UP evolved last spring in a Michigan park, where photographer Nicole Sudduth was documenting a pair of nesting sandhill cranes. To her surprise, when the first of their two eggs hatched, out popped a Canada goose gosling, its yellow fluff and stubby beak telltale signs that it was a different species. Two days later, a reddish sandhill crane colt hatched from the second egg—and the blended family began to bond. 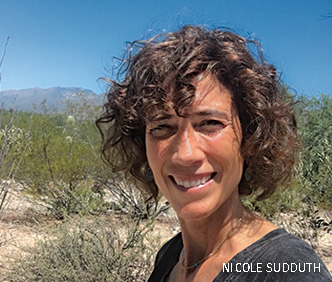 Sudduth thinks heavy rains flooded a nearby Canada goose nest, prompting the parents to deposit their egg with the neighbors. Whatever happened, the outcome was magical. “The crane parents didn’t seem to favor one chick over the other,” says Sudduth, who followed the family for several weeks. The father (background) often stood guard while the mother (far left) dug up worms and dropped them near the chicks, teaching them to forage. Though geese don’t typically dig for worms, this little one got the hang of it, and the adoptive siblings rarely squabbled. Seeing such harmony “was very endearing,” says Sudduth. As always, nature has much to teach us all.