This proposal creates a once-in-a-generation opportunity for both wildlife and people. 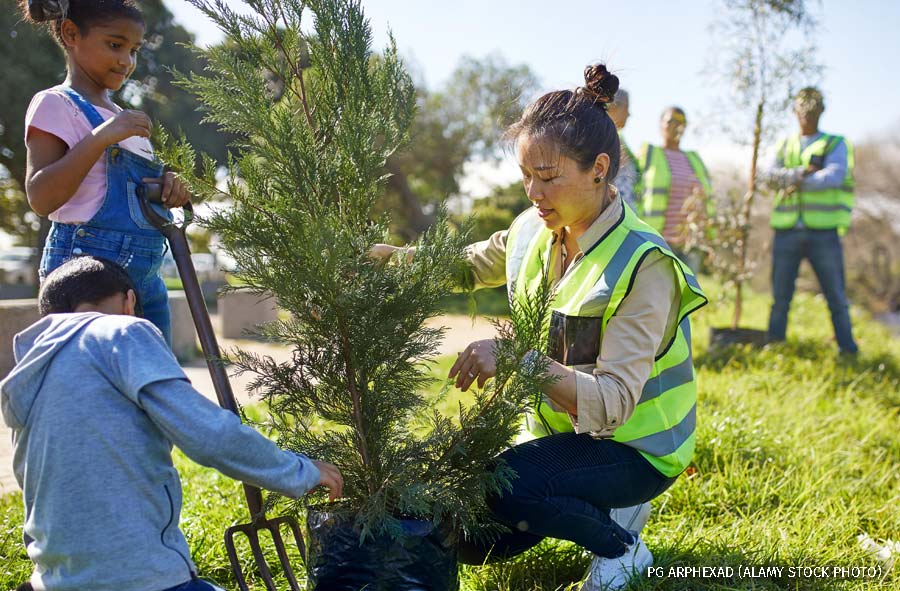 AS THE U.S. CONGRESS DEBATES President Biden’s American Jobs Plan, much of the focus is on transformational investments under consideration for transportation, clean energy, water infrastructure, broadband, buildings, manufacturing and innovation. Lost in much of the media coverage is that this package also includes historic investments in natural infrastructure restoration, resilience and reclamation.

The National Wildlife Federation is urging Congress to allocate at least 5 percent of the package—roughly $200 billion—for investment in conservation, including restoration of our forests, wetlands, grasslands, shrublands and coasts; reclamation of abandoned mines, orphan oil and gas wells and Superfund sites; restoration and reconnection of crucial wildlife habitat and corridors; expansion of outdoor recreational infrastructure; and enhancement of natural climate solutions in agriculture, ranching and forestry. These ideas, like the Recovering America’s Wildlife Act, all have broad bipartisan support.

Much of this work could be completed by a 21st century version of the Civilian Conservation Corps, which President Biden’s plan is calling the Civilian Climate Corps.

The plan is a once-in-a-generation opportunity for both wildlife and people. Our “5 Percent for Nature” proposal will create more than 3.5 million good jobs over five years—in many of the places where unemployment is highest—and at a highly cost-effective rate because much of the investment goes toward labor rather than materials and equipment.

These proposed restoration actions will help confront the climate crisis by naturally sequestering more carbon and bolstering community resilience to wildfires, hurricanes and floods. They’ll advance environmental justice by removing pollution from our air, water and soils. They’ll create jobs in rural communities by improving the productivity of working lands and growing the outdoor recreation economy. They’ll recover imperiled wildlife species by restoring degraded habitat. And they’ll reduce long-term taxpayer liabilities and the national debt while also supporting workers in industries and regions affected disproportionately by the pandemic such as agriculture, forestry, ranching, energy and tourism.

Please join us in supporting “5 Percent for Nature.” Together, we can save thousands of at-risk wildlife species and restore America’s natural treasures while putting millions of Americans to work.