A shrimp's potent blow, a bird's powerful memory and a bee's pungent way to fend off foes 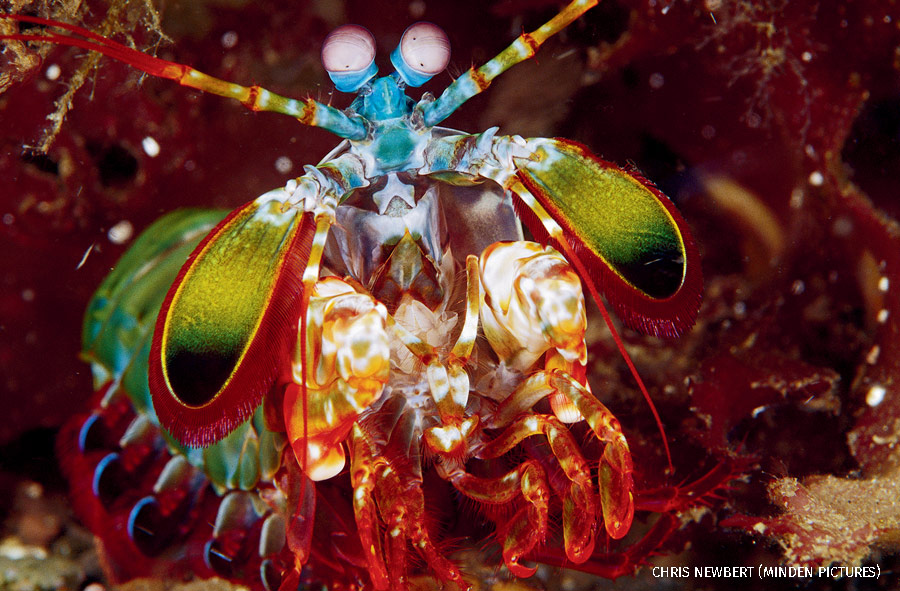 Mantis shrimp (peacock mantis shrimp, above) unleash one of the most powerful blows in the animal kingdom. The small crustaceans defend themselves and cripple prey with devastating strikes from their clublike front appendages, which hit at speeds as fast as 50 miles per hour. Marine biologists have long wondered how the animals develop such powerful weapons. But in a new study of captive Philippine mantis shrimp, Duke University researchers found that the crustaceans’ behavior is innate, not learned.

The animals’ larvae—each about the size of a grain of rice—begin practicing their punches just nine days after hatching. “These larvae are transparent, so we could visualize everything working inside the appendage, which is incredibly rare,” says Duke biologist and lead author Jacob Harrison. Harrison notes that the team’s research would not have been possible with adult mantis shrimp, which have opaque exoskeletons. To film the larvae’s appendages in action, the scientists used a special high-resolution camera, shooting at 20,000 frames per second. They report in the Journal of Experimental Biology that although the infant crustaceans’ punches are slower than those of adults, they still are 150 times faster than typical prey such as brine shrimp can swim. 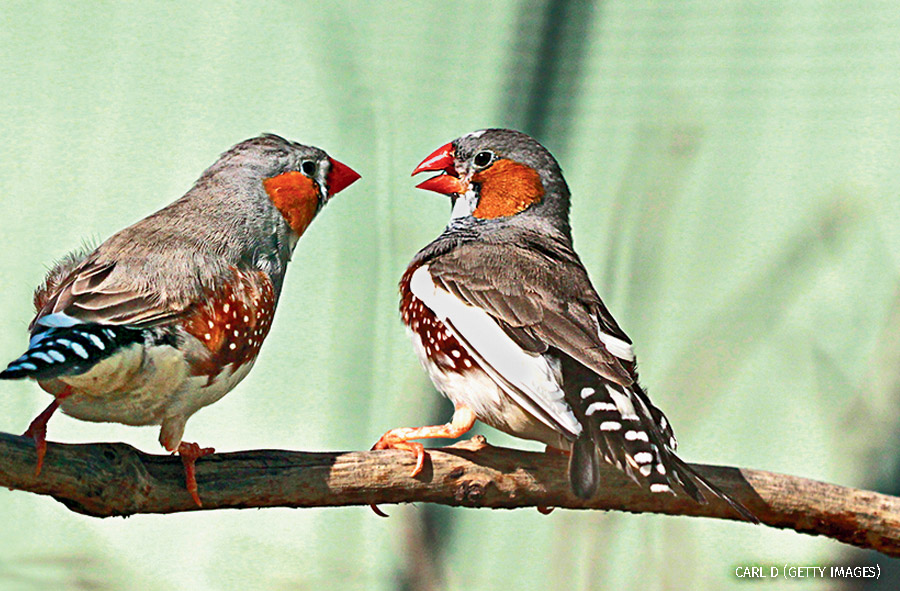 Scientists at the University of California–Berkeley have uncovered evidence that zebra finches (above) can rapidly memorize the signature sounds of more than 40 members of their flock—a language skill called fast mapping that previously had been documented only in humans. In a study under controlled conditions, the scientists played a wide range of zebra finch recordings for each of 20 birds in the study, drawing from a large library so the calls were different each time. They found that the birds not only can distinguish their mates’ calls, they also can remember other flock members’ calls for more than a month. In Science Advances, the researchers write that the majority of the finches memorized others’ signature sounds after hearing them just 10 times. Some birds required fewer than five exposures to the calls, evidence, the scientists say, of fast mapping. “For animals, the ability to recognize the source and meaning of a cohort member’s call requires complex mapping skills, and this is something zebra finches have clearly mastered,” says co-author Frederic Theunissen, a UC–Berkeley psychology and neuroscience professor. 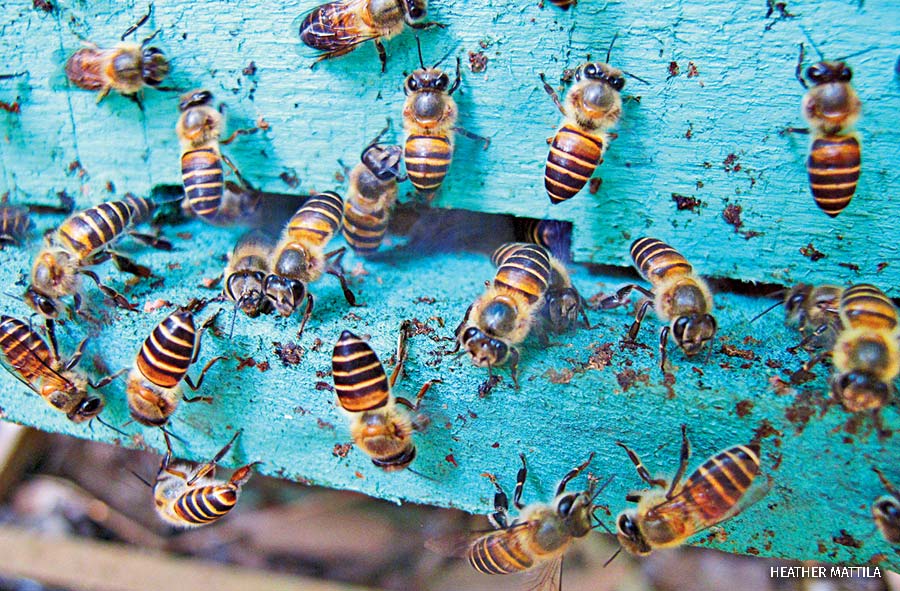 Fending off foes with feces

An Asian giant hornet packs about seven times as much venom in a single sting as an Asian honey bee, and attacks by the deadly 2-inch-long hornets can wipe out entire bee colonies. But biologists from Wellesley College and the University of Guelph have discovered that honey bees have evolved an effective strategy to ward off such attacks. As the scientists reported recently in the journal PLOS ONE, the bees cover entrances to their nests with other animals’ feces (above)—a defensive behavior called fecal spotting that deters hornets. Based on fieldwork in apiaries managed by beekeepers in Vietnam, the study is the first to uncover an apparent use of rudimentary tools by honey bees. The team observed that hornets rarely launch mass attacks on heavily spotted hives and that they spend less than half as much time at nest entrances with moderate dung spotting as they do at hives with few spots. “It is amazing how well these relatively small bees can defend themselves against giant hornets,” says lead researcher and Wellesley biology professor Heather Mattila. “We don’t yet know why the dung repels hornets,” she adds.