The Underline adds art, gardens and safe spaces to play under the city’s rails. 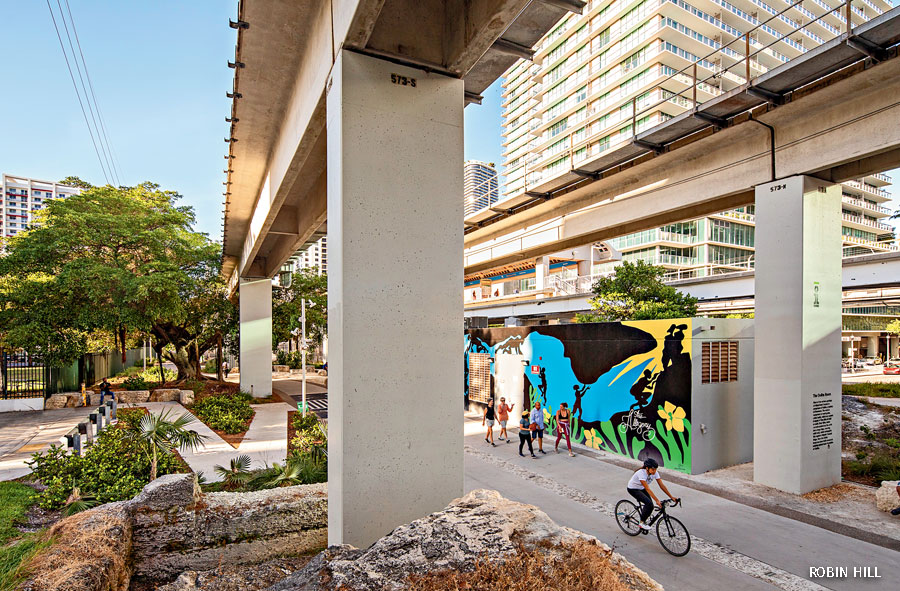 A LOFTY GOAL | Miami’s Underline hopes to create a world-class linear park that will “transform regional mobility and celebrate diversity, culture and lifelong learning.” Opened this year, the first leg of the project offers safe, beautiful space for outdoor art, walking and cycling (above) and butterfly gardens featuring native plants (below). Once complete, the 9.64-mile route will increase safety at 30 intersections along the way.

HAVE YOU EVER HAD A TERRIBLE EXPERIENCE and, in the aftermath, thought of countless ways to prevent the same thing from happening to others? Or viewed an old historic site and had an idea of how to bring it back to life?

Miami resident Meg Daly experienced both. Unable to drive after breaking both her arms in a biking accident near Miami’s old rail line in 2013, Daly began riding the city’s elevated Metrorail—built over the old line—to maintain her mobility. While embracing the slower pace of life, she came up with a “crazy idea”—a dream to create a safe space under the elevated rail where people could bike, jog or enjoy nature right in the heart of the city. 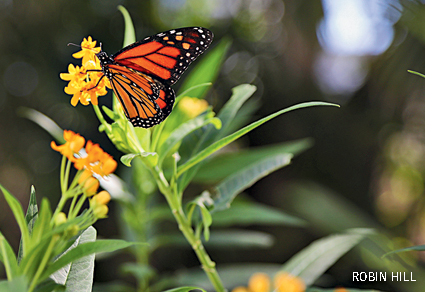 That dream is coming to fruition with the completion of the first phase of a $143 million urban trail and public art space known as The Underline. Daly has been a full-time volunteer and CEO of the project since it began—but it has been a collaborative effort from day one.

The Underline received moral support and guidance from sister projects within the High Line Network such as the Detroit Riverfront Conservancy, the 11th Street Bridge Park in Washington, D.C., and the Atlanta BeltLine. “Partnerships help you to move a lot faster than you would on your own,” Daly says, “but you have to do the work.”

Key to executing the project was a commitment to build an environmentally friendly, sustainable space that the community wanted. That meant more than 100 meetings with residents and supporters. Their overwhelming request was to have a safe space with native plants to add beauty and benefit wildlife—and The Underline delivered.

Completed in February, the first phase of the project is a half-mile-long corridor of trails and gardens with ample lighting. Native milkweed, scarlet sage and other blooming plants attract five species of butterflies, including the at-risk monarch. Native trees, shrubs and grasses provide food and shelter for wildlife and help cool the air, absorb and filter stormwater and reduce runoff, flooding and air pollution. 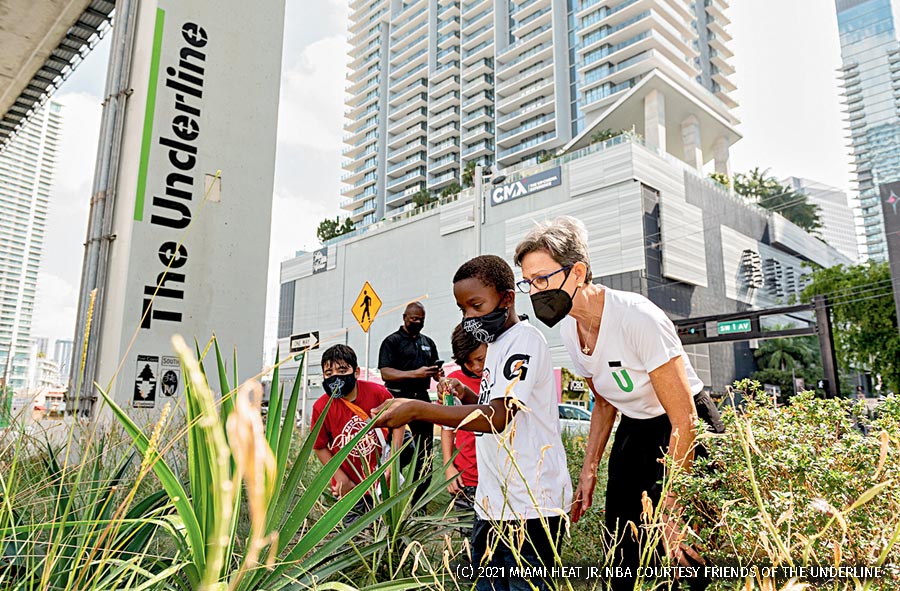 The Underline provides educational tours for area schoolchildren and others who can learn about native vegetation (above), and athletic areas for sports (below). Underline CEO Meg Daly (above, at right) knew her “crazy idea” to transform a former rail line into a public treasure would happen one day. Now, she calls the park “the soul of the city.”

“Once you have the space, people come, and you have a place,” says Daly. Such parks inspire inclusion and conservation. For example, The Underline partnered with Breakthrough Miami, an enrichment program for under-resourced students who learn to educate visitors about everything from Florida’s Native American Tribes to native vegetation. The Underline also promotes equity through its Budding Entrepreneurs program, funded by an innovation grant from The Children’s Trust. Teen entrepreneurs from underserved areas successfully completed a 16-week class at Miami Dade College prior to launching businesses on-site this summer. 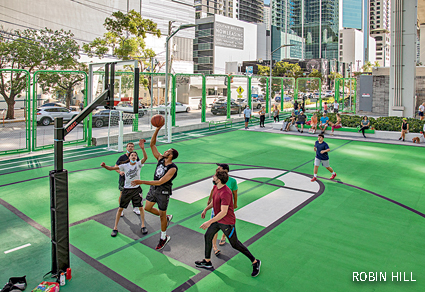 When the last two phases of the project are complete in 2025, The Underline will run nearly 10 miles, serving more than 100,000 nearby residents. It will include hundreds of butterfly gardens plus outdoor fitness facilities and public spaces reflecting the culture of neighborhoods along the way.

“There was a time when I didn’t think I could go on, and that was when my dad died,” says Daly, who had worked tirelessly with her father, building support to make this vision a reality. Thanks to her army of believers, Daly overcame her despair and got back to the project she and her dad had begun. She now encourages others to fight for positive change in their own communities. Like people, she adds, “nature is resilient. It will restore itself if given the opportunity.”

Adriênne Danielle Bolden is CEO of Leverage Miami, a business consulting firm based in Miami, Florida.