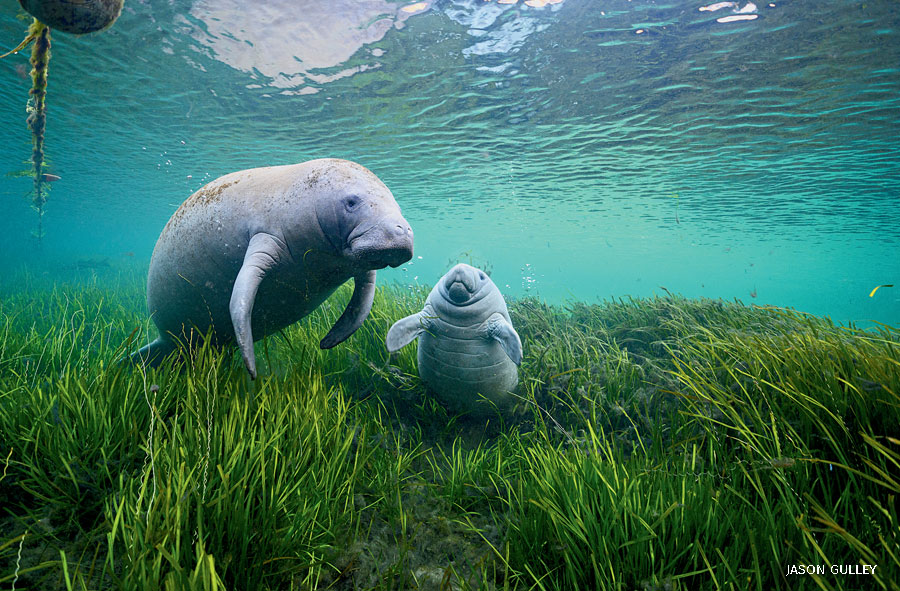 IN THE FIRST THREE MONTHS of this year, more than 475 of Florida’s West Indian manatees—the subspecies native to the state—perished, most dying of starvation. This toll followed a grim record set in 2021, when more than 1,100 of the mammals died, nearly twice as many as in the previous year. “There were times when we would get 10 new dead manatees reported in a single day,” says Andy Garrett, manatee rescue coordinator with the Florida Fish and Wildlife Conservation Commission—a serious blow for a threatened species with a Florida population of 6,300 to 7,500. 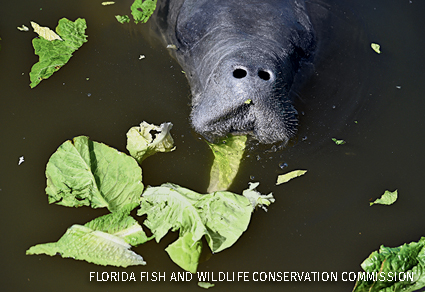 Most of the deaths were in Florida’s Indian River Lagoon (IRL), a 156-mile-long estuary that covers a third of the state’s Atlantic coast. Winter temperatures in late 2020 had been unseasonably cold, and when ocean waters drop below 68 degrees F, manatees seek warmer waters such as outflows from power plants along the IRL, where they feed on seagrass beds. During the past decade, water quality in the lagoon has declined because of pollutants from agricultural runoff, lawn fertilizers, septic tanks and other sources. Excess nutrients and warming have caused harmful algae blooms, which block sunlight from reaching seagrasses. Annual grass die-offs have depleted seagrass coverage by about 90 percent, transforming forage habitat into a wasteland. “I equate it to a forest fire,” says Garrett.

“It’s a wake-up call of how delicate our environment is and how everything is balanced on the head of a pin,” says Jessica Bibza, senior specialist for wildlife policy in the National Wildlife Federation’s Gulf program. Healing this intricate web requires improving water quality. “We need to invest aggressively in every project that will reduce nutrients and balance fresh water to the Indian River Lagoon system,” says Duane De Freese, executive director of the IRL National Estuary Program.

“When hundreds of thousand-pound animals show up dead, you can’t miss it,” says Bibza. “But it’s not just the manatees that are impacted by poor water quality and decimated seagrass habitat. How much are we missing of what’s going on below the surface?”

Divya Abhat is a science and conservation journalist based in Maryland.