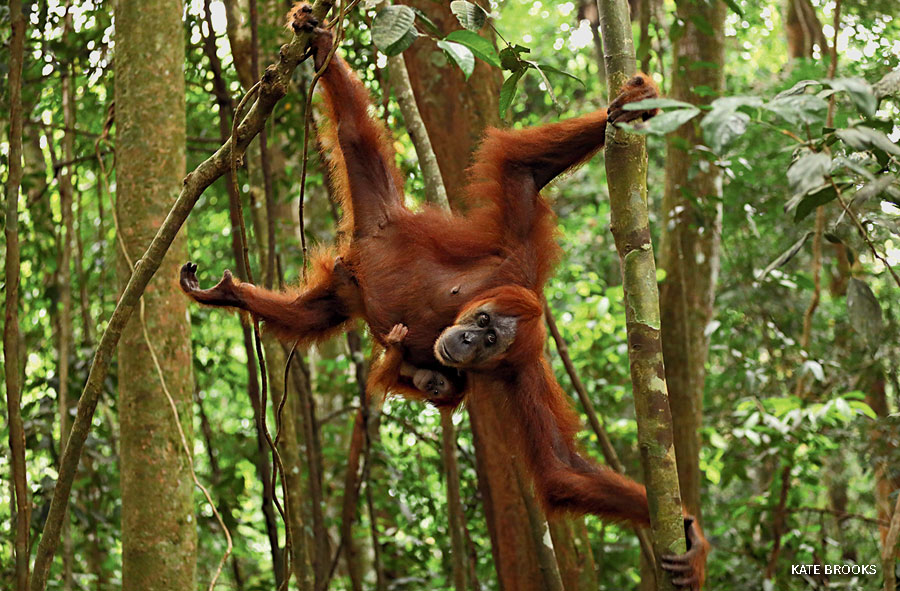 Orangutans in Sumatra (above) are losing habitat as trees are felled for palm oil. In Brazil (below), clearing land for ranching and crops is devastating the Amazon.

A FEW YEARS AGO, my heart broke as I watched a video of an orangutan in Indonesia confront a giant logging machine as it cut through the animal’s forest home. With men yelling and the engine roaring, the orangutan slowly moved away through a tangled web of branches. 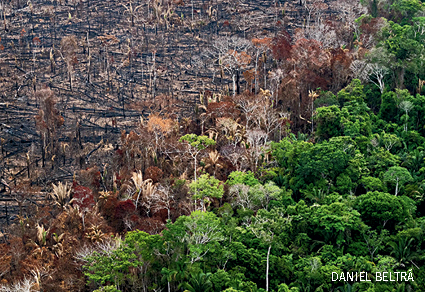 A 2018 study in Current Biology found that more than 100,000 critically endangered Bornean orangutans were lost between 1999 and 2015, primarily due to deforestation. Since 1960, more than 85 percent of forest cover in Côte d’Ivoire has been lost, mainly due to cocoa production, more than 20 percent of which occurs illegally and in protected areas. And some 17 percent of the Amazon’s tropical forests—home to some of Earth’s greatest biodiversity—has been lost in the last 50 years, primarily to cattle ranching.

Trees filter water and absorb carbon, so when trees vanish, Earth’s climate suffers. According to a 2018 report from the World Resources Institute, tropical forest deforestation ranks third—only behind China and the United States—as a source of carbon emissions.

Recognizing that global deforestation is fueled largely by consumer demand for commodities, U.S. lawmakers are proposing bipartisan action to address the crisis. Congress is now considering the FOREST Act, which would restrict products from illegally deforested land from entering U.S. markets. New York and California legislatures are also considering “deforestation-free procurement” acts that would do the same. All three bills would also help protect Indigenous peoples, whose ancestral forest lands are grabbed for commodity production.

“American consumers are unknowingly driving this destruction,” says Hawai‘i Sen. Brian Schatz, author of the FOREST Act. “Our bill will help put an end to that.” New York State Sen. Liz Krueger agrees: “Tropical and boreal deforestation—driven by our consumer choices—is creating ecological and social crises on a global scale that we cannot ignore. ... That’s why [we need] to ensure that the products we buy are not contributing to the loss of Earth’s most vital ecosystems.” Such laws—with support from individual consumers—can help heal the Earth.

Etelle Higonnet is a knight in France’s National Order of Merit for helping shape that country’s zero-deforestation strategy.

Our Work: International Wildlife Conservation »
Blog: This Bill Could Breathe New Life Into Our Forests »
Lifelines of our Planet »