Without strong protection for wetlands and streams, wildlife populations can plunge 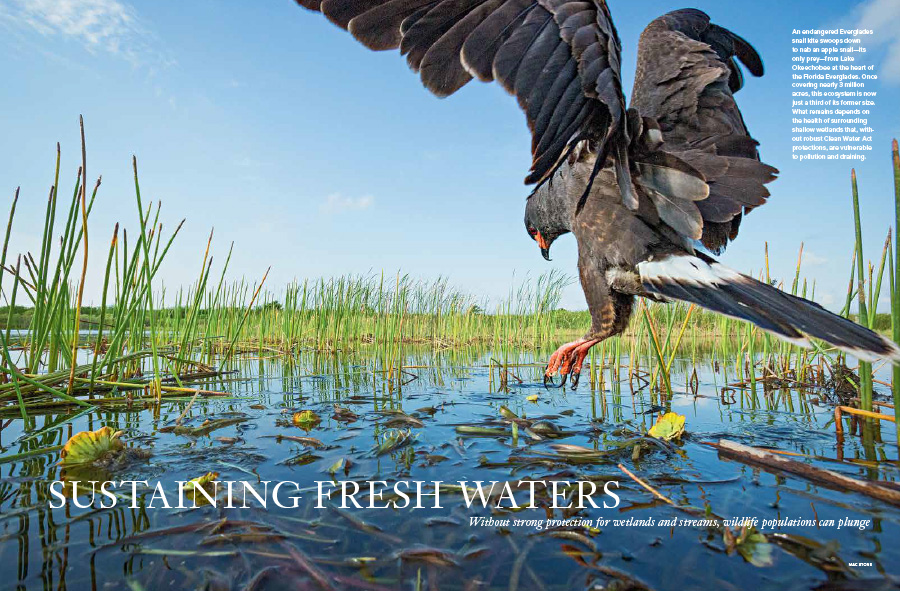 An endangered Everglades snail kite swoops down to nab an apple snail—its only prey—from Lake Okeechobee at the heart of the Florida Everglades. Once covering nearly 3 million acres, this ecosystem is now just a third of its former size. What remains depends on the health of surrounding shallow wetlands that, without robust Clean Water Act protections, are vulnerable to pollution and draining. (Photo by Mac Stone)

FIFTY YEARS AGO THIS OCTOBER, Republicans and Democrats worked together to pass the landmark Clean Water Act to clean up our lakes, rivers, streams, wetlands and bays and keep them healthy for both people and wildlife (see A Potent Promise). Because the act protected all “waters of the United States,” the definition of that term was—and remains—critically important to its effectiveness.

When it passed the legislation, Congress intended to define the term broadly and established strong federal protections for the full array of U.S. waters, from our largest lakes and rivers downstream to upstream headwaters and seasonal water bodies to the wetlands that were being paved over nationwide. During the following half century, there has been little doubt that the act’s safeguards apply to larger water bodies such as the Great Lakes, Mississippi River and Chesapeake Bay. But whether those protections extend to small headwater streams, streams that do not flow year-round and certain wetlands has become increasingly politicized during the past two decades.

The resulting ambiguity has “left a large part of the nation’s drinking water supply at increased risk of pollution and destruction,” says Jan Goldman-Carter, former counsel and director of wetlands and water resources at the National Wildlife Federation. Today, tens of millions of Americans receive their drinking water from streams not clearly protected by the Clean Water Act. And many wildlife species—from raptors, waterfowl and wood storks to North America’s rarest trout and mammals such as river otters (see photos below)—depend on the same fresh waters. Yet in 2020, the Trump administration sought to define “waters of the United States” even more narrowly—and thereby weaken the law—by issuing the Navigable Waters Protection Rule.

The rule eliminated the act’s safeguards for more than half the nation’s wetlands and millions of miles of streams, “effectively allowing them to be polluted or destroyed outright under federal law,” says NWF Director of Legal Advocacy Jim Murphy. While the rule was in effect—until it was rescinded by the Biden administration in 2021—75 percent of attempts to protect fresh waters from harmful development through the Clean Water Act were denied.

The Biden administration now has an opportunity to further strengthen the act by issuing a clear, science-based and highly protective rule defining “waters of the United States” as broadly as the Clean Water Act’s founders intended 50 years ago. Without such a rule, our drinking water, communities and way of life—along with the future of river otters, wood storks, waterfowl and other American wildlife—will remain at great risk. 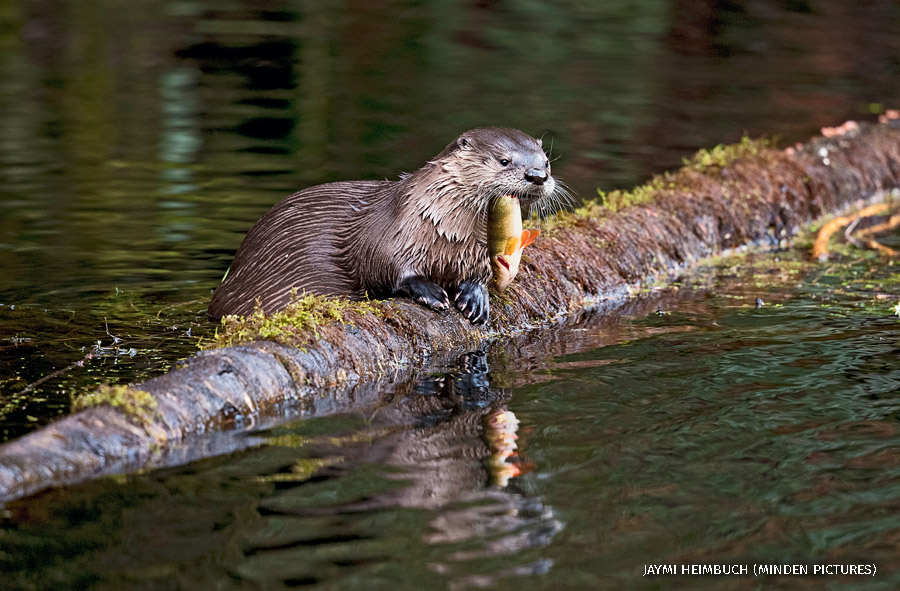 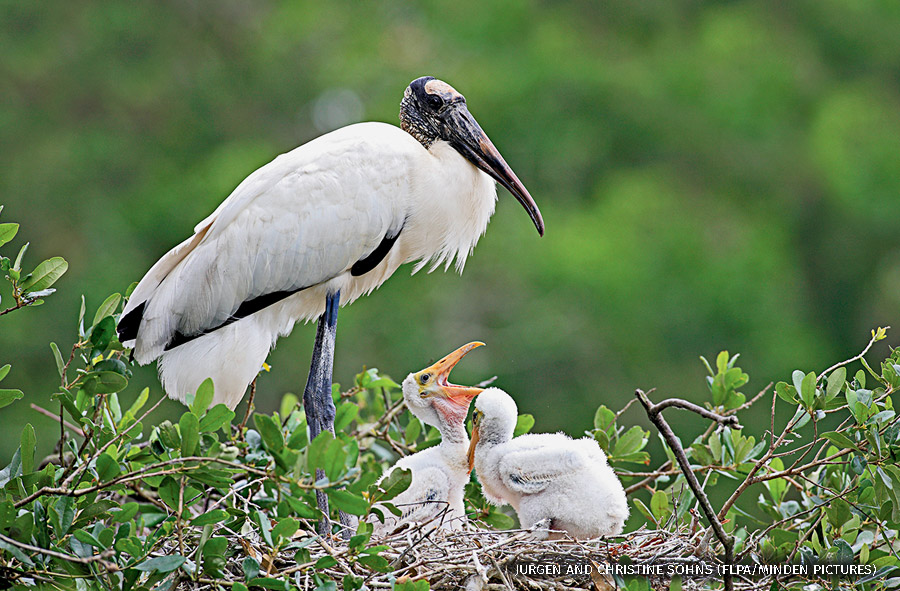 North America’s only native stork, this federally listed threatened species relies on shallow fresh waters of southern swamps. When the previous administration weakened the Clean Water Act with the Navigable Waters Protection Rule, it cleared the way for a massive titanium mine at the edge of one such important habitat: Georgia’s Okefenokee Swamp. If completed, the mine could interfere with stork feeding by harming water quality and disrupting the delicate balance of water levels throughout the swamp. 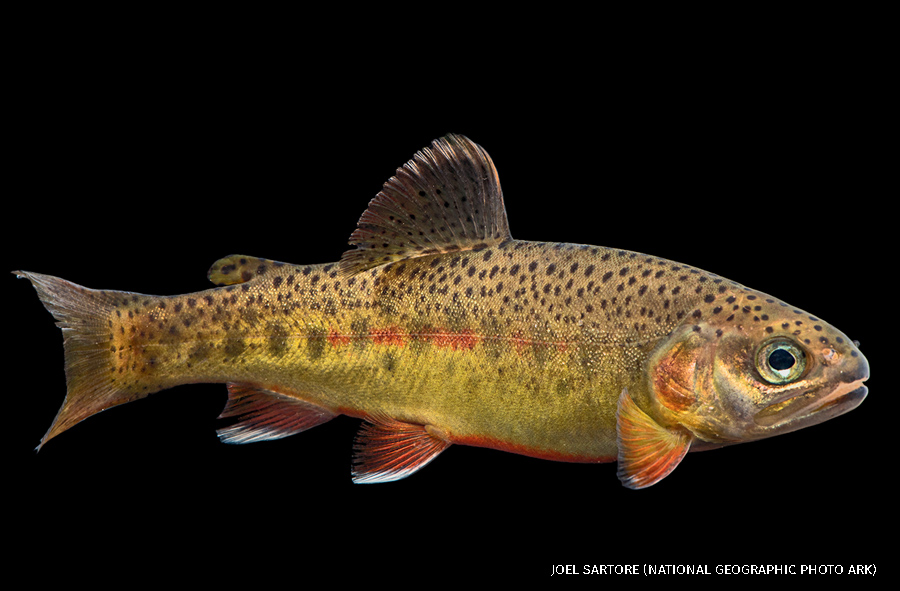 One of the rarest trout species in the United States, the Gila trout is only found in cold, perennial mountain streams and tributaries of the Gila River in Arizona and New Mexico. These water bodies depend on a constant flow of clean water from smaller upstream sources, including ephemeral streams that flow only after a rainfall or snowmelt. In Arizona, where more than 95 percent of streams are seasonal, losing Clean Water Act protections could have a devastating impact on the Gila trout. 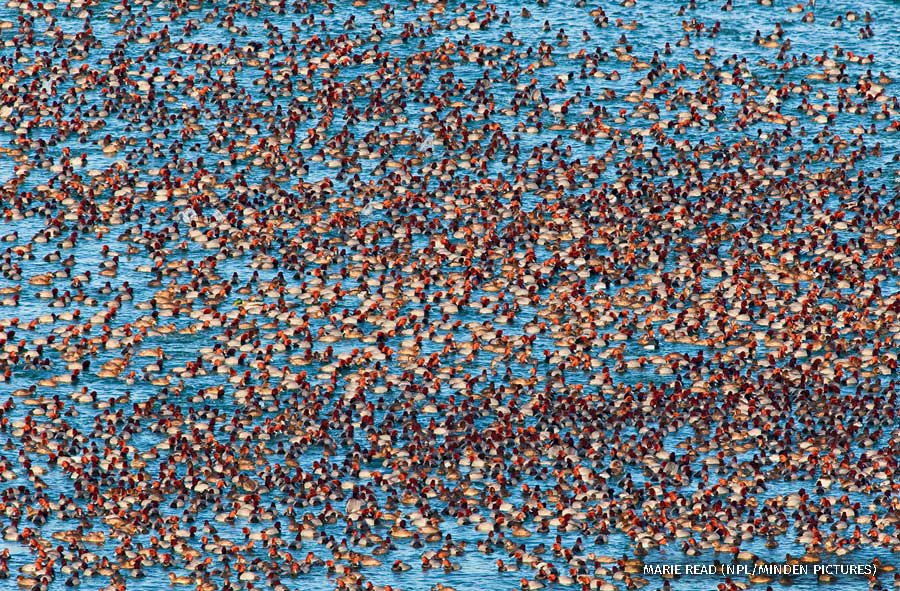 Redheads breed primarily in wetlands of the Great Plains’ Prairie Pothole Region. This habitat formed more than 10,000 years ago when retreating glaciers carved shallow depressions that fill with water in spring. The Trump administration eliminated Clean Water Act protections for such seasonal wetlands, putting these crucial and threatened waterfowl havens at risk. 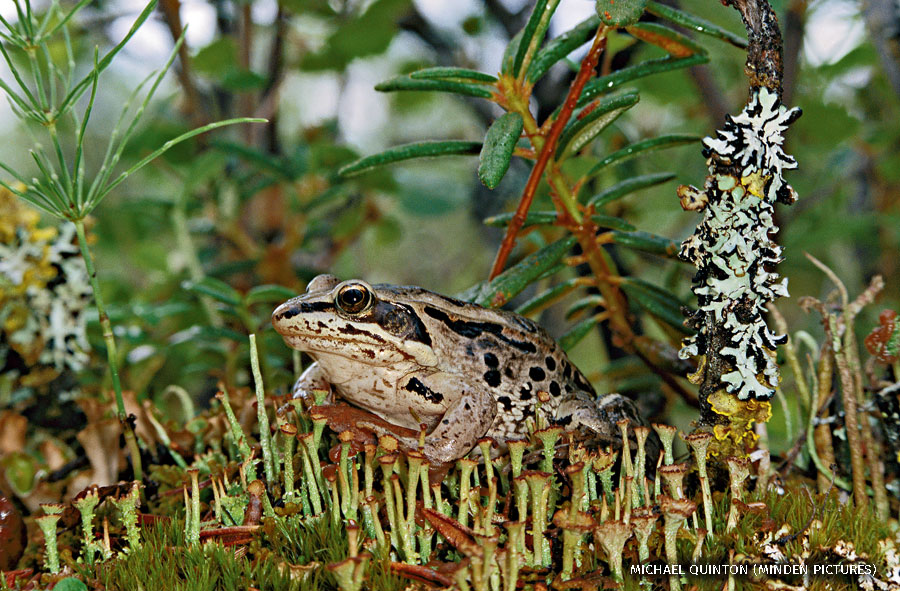 Ranging as far north as the Arctic Circle, wood frogs survive frigid weather by freezing during winter. Come spring, they thaw and head to shallow seasonal depressions called vernal pools to mate and lay eggs. Lacking fish that eat eggs and tadpoles, these pools are vital frog breeding grounds whose clear coverage by the Clean Water Act is critical to their survival.

Glenn Watkins is a water resources policy specialist for the National Wildlife Federation.