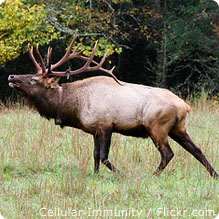 In a move that could spell the end of the proposed Otter Creek mine, Arch Coal today announced it cannot pay its bills and is seeking bankruptcy protection.  Trading of Arch Coal stock on the New York Stock Exchange has been halted.  Arch is the second largest coal producer in the United States with active mines in Wyoming and Appalachia. It also has submitted an application to build the largest proposed coal mine in the nation at Otter Creek, Montana, threatening tribal resources, water quality, property rights, wildlife, agriculture, and increased climate impacts.  Arch isn’t able to pay its bills, begging the question of how it would afford to pay for reclamation at the Otter Creek Mine if permitted.

Arch Coal’s precipitous U.S. market decline has caused it to look to sell coal to Asian markets. As a result, it invested in the Otter Creek mine, and became part owner in the beleaguered Tongue River Railroad and the highly controversial Millennium Bulk Terminals-Longview coal export terminal in Washington.

Nearly 200 nations agreed last month to end the burning of most fossil fuels by midcentury. Meeting that goal and solving climate change requires much of the world’s coal be left in the ground. The Otter Creek valley is a good place to start.

“For centuries, the Cheyenne have maintained respect for the land, water and animals; these values have transcended through the ages to today. Continuing these teachings is very important for the young, those who are not here yet and the future of our Mother Earth. Embracing these values along with alternative and renewable energy will ensure a healthier environment" said Vanessa Braided Hair, cofounder of the grassroots organization ecoCheyenne.

“Arch’s bankruptcy illuminates how irresponsible it would be to allow a company that can’t pay its bills to start a new mine that will result in damage to wildlife and habitat that it can’t pay to clean up,” said Tom France, Senior Director of Western Wildlife Conservation, National Wildlife Federation.

“It all comes down to changes in the market. China is on the verge of laying off 100,000 coal miners because of decreased demand. Arch was banking on coal exports to lift them out of their slump, but that hope has disappeared. At home, cleaner energy sources are consistently outcompeting coal. Then last month nearly 200 nations, including the U.S., just agreed to dramatically decrease reliance on coal in order to address the climate crisis. Arch is facing an inevitable shift in the market to cleaner and cheaper fuels,” said Anne Hedges, Deputy Director of the Montana Environmental Information Center.

“The proposed coal mine would jeopardize some of the best wildlife habitat in the state and decrease public access and opportunity for sportsmen. If Arch Coal is allowed to start a new mine -- when they inevitably won't be able to afford the cleanup -- Montanans will be left holding the bill, while losing the habitat and wildlife that makes Montana special,” said John Bradley, Eastern Montana Field Representative for the Montana Wildlife Federation.

“Now is the time to reform America’s coal program. We need to align our nation’s long-term energy supply decisions with our climate objectives. And that means managing our federal lands—held in the public trust—to prioritize clean energy, not opening new areas to more fossil fuel extraction that digs the carbon hole deeper, while degrading our natural heritage,” said Amanda Jahshan, Wildlife Energy Conservation Fellow with the Natural Resources Defense Council.