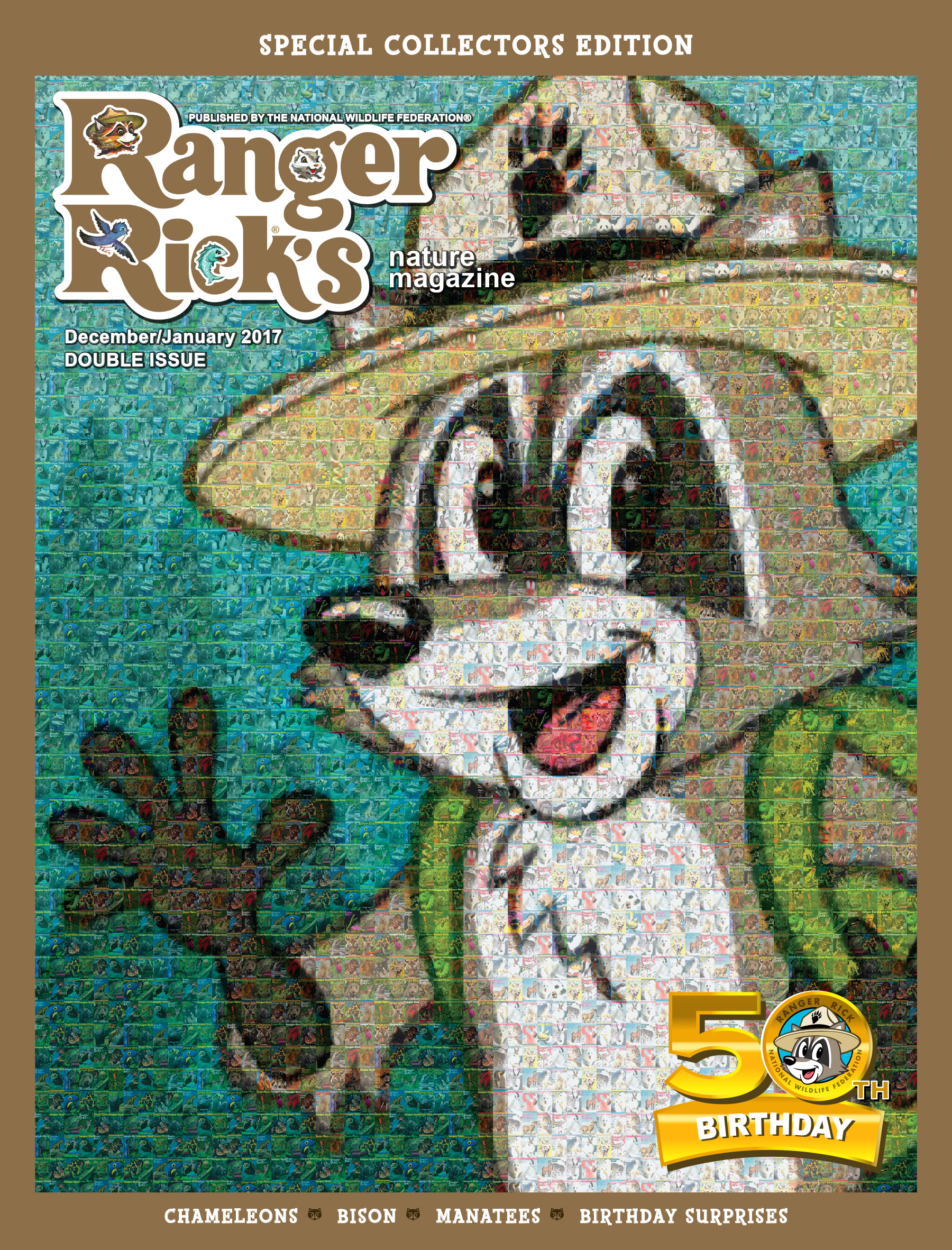 ”The National Wildlife Federation believes that when we share our love of wildlife with kids, we can spark a lifelong passion to learn about, explore and protect nature.  Ranger Rick and his friends are your family’s guides to amazing wildlife adventures starting right outside your front door,” said O’Mara.  “In celebration of the magazine’s 50th birthday, we are expanding the world of Ranger Rick through new products and experiences that make discovering and protecting the natural world accessible, engaging and fun.”

Building on the success of its Ranger Rick magazines for 7-12 year olds and Ranger Rick Jr. for ages 4-7, the National Wildlife Federation recently launched a new publication, Ranger Rick Cub. Cub features a smaller size for the tiny hands of babies and toddlers ages 0-4 and encourages “lap time” reading with parents, grandparents or any trusted adult who wants to introduce wildlife and nature to the youngest members of the family.  Readers will also see fresh new looks for Ranger Rick and all of his animal buddies compliments of Emmy-nominated art director and illustrator Parker Jacobs who is best known for his work on the hit children's television series Yo Gabba Gabba!

Other activities planned for Ranger Rick’s celebration year in 2017 include appearances by well-known National Wildlife Federation naturalist and spokesperson, David Mizejewski, as well as a happy birthday campaign on social media and original features and activities on www.RangerRick.com

The National Wildlife Federation’s Brand Licensing Division is collaborating with like-minded partners who share the organization’s vision for creating engaging, sustainable and conservation-minded products for today’s children and families. Ranger Rick-themed consumer products coming in 2017 include books, activity kits, and kid-friendly adventure accessories.  Building on an extensive library of more than 50 Ranger Rick titles, the National Wildlife Federation will roll out a robust publishing program including a series of children's books from publishing partners that include Harper Collins, Teacher Created Resources, Rowman & Littlefield (under the Muddy Boots imprint), and Quarto Publishing (under the Walter Foster imprint). Complementing the extensive Ranger Rick publishing program, is a digital platform with Ruckus Media Group, as well as traditional consumer products that include categories such as apparel, plush, puzzles, health and beauty and toys.

The National Wildlife Federation has selected The Punch Point Group (www.punchpointgroup.com) as its agency of record to oversee communications, publicity and promotion for Ranger Rick’s 50th Birthday year-long celebration.