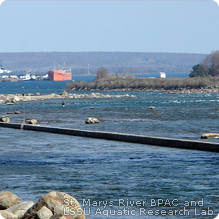 The Healing Our Waters-Great Lakes Coalition is calling on Congress to restore funding to core Great Lakes restoration programs that protect drinking water, keep beaches open, and support the outdoor recreation economy, following the release of President Barack Obama’s budget on Tuesday. For the third straight year, the Obama Administration is recommending cutting federal efforts to restore and protect the Great Lakes—a resource that more than 30 million people depend on for drinking water.

“The president’s budget is disappointing. We will, as we have in the last few years, look to Republicans and Democrats in Congress who have been strong defenders of Great Lakes programs that protect our drinking water, jobs, and way of life,” said Todd Ambs, campaign director for the Healing Our Waters-Great Lakes Coalition. “Congress has rebuffed President Obama’s proposed cuts to Great Lakes programs before. And we look forward to working again with Republicans and Democrats in Congress to restore funding to Great Lakes protection efforts that are producing results for the environment and economy in communities across the region.”

The administration’s budget also proposes cutting the Clean Water State Revolving Fund, a federal initiative that helps communities fix wastewater infrastructure to prevent sewage overflows into the Great Lakes and the rivers and streams which lead into them. President Obama recommends $979 million for the program, a cut of $414 million from the currently appropriated $1.39 billion.

The Clean Water State Revolving Fund allocates funding by formula. If enacted, President Obama’s budget would invest about $355 million in the Great Lakes states of Minnesota, Wisconsin, Illinois, Indiana, Michigan, Ohio, Pennsylvania, and New York – a cut of about $148 million from the roughly $505 million that the eight states received in the current budget. A U.S. Environmental Protection Agency report released in January of this year assessed the level of wastewater infrastructure need at $271 billion. In the Great Lakes states alone, the need over the next 20 years was estimated at $77 billion.

“We are pleased to see this proposed increased investment in drinking water infrastructure, but disappointed that our wastewater infrastructure did not also receive a boost in funds,” said Ambs. “Drinking water availability is at the forefront of our minds, especially in the Great Lakes region. In August 2014, we saw more than 400,000 people in Toledo, Ohio lose access to safe tap water for three days. Now we’re seeing 100,000 people in Flint, Mich., who haven’t had access to safe water for almost two years. These water infrastructure investments are critical.”

The Obama Administration is also recommending $2.6 million in the effort to keep Asian carp out of the Great Lakes, by funding a study on how best to bolster defenses in the Chicago area waterways by possibly constructing a new lock and dam. The Healing Our Waters-Great Lakes Coalition supports bolstering defenses now, while moving toward the most effective, permanent long-term solution—physically separating the Great Lakes and Mississippi River systems.

The Healing Our Waters-Great Lakes Coalition will look to restore funding to core Great Lakes programs in the coming year, while also looking to authorize the successful Great Lakes Restoration Initiative.

“The president’s budget request underscores the need to fully authorize successful Great Lakes programs,” said Chad Lord, policy director for the Healing Our Waters-Great Lakes Coalition. “An on-again, off-again, unsustained effort will not restore the Great Lakes to health. Our job is not done until we’ve put an end to beach closures, fish consumption advisories, and drinking water restrictions. Authorizing the Great Lakes Restoration Initiative will help ensure that the nation maintains Great Lakes restoration and protection as a long-term priority.”