Six Years After the Deepwater Horizon

New Report: 9 Things You Didn’t Know About the Deepwater Horizon Disaster and How We Can Restore the Gulf of Mexico 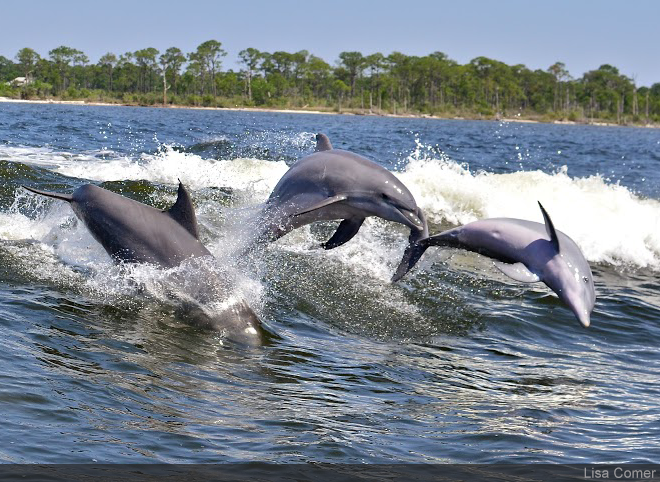 On the eve of the six-year anniversary of the explosion of the Deepwater Horizon oil rig, an interactive report by the National Wildlife Federation takes a look at what the latest science tells us about what happened as a result of the oil spill – and how we can restore the Gulf of Mexico.

"While the disaster in the Gulf occurred six years ago, the impacts on dolphins, sea turtles and many other species are still being felt today," said Collin O’Mara, president and CEO of the National Wildlife Federation. “Now we must take the steps necessary to restore the Gulf."

In late February, the federal government and state agencies finalized the Deepwater Horizon Oil Spill: Final Programmatic Damage Assessment and Restoration Plan, the result of a massive, six-year effort to understand the impacts of the spill and how to restore the Gulf. This assessment – and the results of the studies described in it – were kept from the public until BP agreed to a settlement last year. Much of the information in the National Wildlife Federation report released today was taken from this nearly 2,000-page assessment.

The National Wildlife Federation report, 9 Things You Didn’t Know About the Deepwater Horizon Disaster and How We Can Restore the Gulf of Mexico, includes these key findings:

Nearly all of the populations of dolphins and whales in the oiled area were found to have demonstrable, quantifiable injuries.
In the five years after the disaster, more than three-quarters of pregnant bottlenose dolphins in the oiled areas failed to give birth to a viable calf.
Bottlenose dolphin populations in some places on the Mississippi and Louisiana coasts could ultimately decline by more than half.
Nearly half of the rare Bryde’s whales in the Gulf were exposed to oil. As a result, the already-imperiled species could ultimately die out from the Gulf altogether.
As many as 8.3 billion oysters were lost as a result of the oil spill and response effort. The dramatic reduction in oyster populations imperils the sustainability of the oyster fishery in the northern Gulf of Mexico.
In 2010, the oil spill killed between two and five trillion larval fish.
Significant numbers of threated Gulf sturgeon were exposed to oil. Studies indicate that these exposed fish suffered immune system dysfunction and damage to their DNA.
The fate of as much as 30 percent of the oil remains unknown to this day.
The National Wildlife Federation also estimates that between the various legal settlements with all the different companies, there could be as much as $16 billion available for ecological restoration of the Gulf of Mexico. The settlement with BP, which was just finalized earlier this month, will be paid out over 17 years, beginning in April 2017.

“No one has ever attempted a restoration effort on this scale or over this period of time. It is a phenomenal amount of money, but the needs of the Gulf of Mexico are numerous and urgent. For example, every hour, the Mississippi River Delta loses an average of a football field of wetlands,” said Amanda Fuller, deputy director of Gulf restoration for the National Wildlife Federation. "Federal, state and local leaders should take this opportunity to work together for comprehensive restoration of the Gulf. We need to avoid the temptation to spend these settlements on projects with limited benefits that don’t add up to a healthy, resilient system."

The report makes several recommendations for how to spend this money, such as on efforts to improve the health of coastal estuaries – nursery grounds for many species of fish – as well as to protect key coastal landscapes, rebuild oyster populations and restore eroding wetlands.

“We now know that in many cases the impacts to wildlife were worse than we had previously suspected,” said Ryan Fikes, Gulf Restoration Scientist for the National Wildlife Federation. “But we also have reason to be hopeful: There are concrete steps we can take to improve the outlook for the Gulf and its wildlife. We know that restoring the Gulf’s estuaries – from the Everglades to Bahia Grande – will be important for restoring the Gulf as a whole. As we make plans to spend this money, we need to let science be our guide.”

Click here for the full audio of the report teleconference