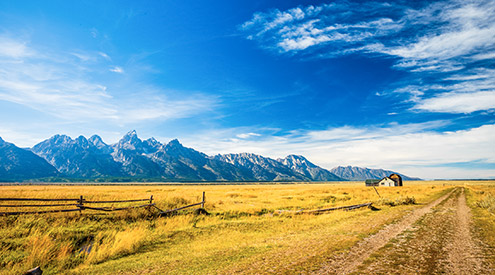 Collin O’Mara, president and CEO of the National Wildlife Federation, praised the introduction of the bipartisan bill, saying:

“America’s prairies provide essential habitat for ducks, pheasants, raptors, songbirds, and pollinators—yet we’ve lost more than 90% of original prairie acreage to the plow. By introducing the American Prairie Conservation Act, Senators Thune, Klobuchar, Rounds, and Bennet, and Representatives Noem and Walz are standing up for America’s native prairies — and the wildlife and sportsmen and women — that depend upon them. This common-sense, bipartisan bill represents a concrete opportunity for this Congress to conserve one of America’s most iconic American landscapes and the wildlife species, ranching operations, and sequestered soil carbon they support. By working together across the aisle and across chambers, we can preserve America’s native prairies for future generations.”

The American Prairie Conservation Act builds upon the foundation of the 2014 Farm Bill by expanding the sodsaver provision so it applies nationwide. It also strengthens the sodsaver provision by closing a loophole in existing law and requiring more accurate tracking and reporting on grassland loss. The bill does not prohibit farmers from plowing up prairies, but it would require them to take on more of the risk of bringing these new areas, which are often quite marginal and erosion-prone, into production, thus protecting taxpayers and conserving vital natural resources.