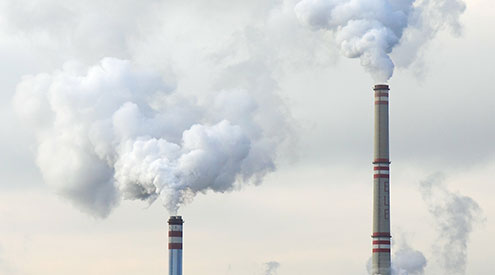 WASHINGTON, D.C. (October 9, 2017) — Today, Administrator Scott Pruitt announced that the Environmental Protection Agency (EPA) would propose a rule to “roll back” the Clean Power Plan. While the details have yet to be released, this likely means that the EPA will repeal the plan and replace it with what is almost certain to be a much weaker plan. The Clean Power Plan is a landmark rule that for the first time imposed limits on harmful carbon pollution from our power sector.

In response to this proposed rulemaking, the National Wildlife Federation President and CEO Collin O’Mara said:

“In the wake of record-breaking and devastating hurricanes and wildfires, the pressing need for our leaders to take action to ensure a safe and stable climate for people and wildlife could not be more clear. Further, The Supreme Court has been crystal clear that the EPA has a statutory responsibility to act. Yet today, despite the overwhelming scientific evidence and legal obligations, the administration has willfully abdicated its responsibility to address the climate threat that imperils our communities, wildlife, and outdoor heritage.

“In the absence of federal leadership, states, localities, and businesses are stepping up to fill the void by reducing carbon pollution, creating clean energy jobs, and safeguarding wildlife and our multi-billion dollar outdoor economy. But these actions alone are not enough to stem the scale of the challenge. We need American federal leadership at home and abroad to avert dangerous levels of warming by decreasing emissions significantly and quickly. It is time to stop re-litigating sound science and past decisions, and instead move ahead to embrace market-based, pro-growth solutions that will ensure a thriving future for America's communities and wildlife.”

The original plan, finalized in 2015, is required under the Clean Air Act and was a result of two Supreme Court decisions. It would have reduced power plant emissions by 32 percent over the next 13 years. The original plan contained flexible provisions that allowed states to creatively tailor emissions reductions plans to take maximum advantage of burgeoning new clean technologies and market-based carbon pricing solutions. An upcoming proposed new rule is anticipated to effectively gut this flexible approach and replace it with minimal, inflexible reduction requirements that essentially require no new pollution cleanup beyond minor power plant efficiency improvements. Repealing the rule would illegally allow power plants to pollute with no limits. A replacement is unlikely to meet the requirements of the law.