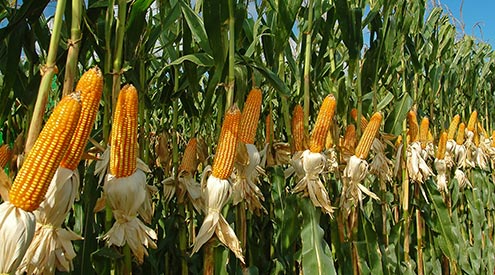 WASHINGTON, D.C. — In response to today’s final rule from the Environmental Protection Agency establishing the mandated volumes of corn ethanol and other biofuels in next year’s gasoline supply, National Wildlife Federation President and CEO Collin O’Mara issued the following statement:

“The Trump Administration’s business-as-usual approach signals that leadership in improving the Renewable Fuel Standard will not come from the EPA, and Congress must step up and reform the law before it does any more damage to wildlife habitat, water quality, and our changing climate.

“EPA Administrator Scott Pruitt brought with him high hopes that he could help change course on the agency’s implementation of the flawed ethanol mandate, yet this rule is the latest example of his putting certain vested interests ahead of the American people, at the expense of the environment, public health, wildlife, and the economy. The National Wildlife Federation is disappointed that the agency has decided to maintain full support for corn ethanol and soy biodiesel while undercutting more sustainable alternatives.”

Demand for corn and soy driven in part by the Renewable Fuel Standard has contributed to the destruction of millions of acres of grassland and other wildlife habitat across the country, contributed to massive toxic algal blooms and the largest-ever Dead Zone in the Gulf of Mexico, and sent as much carbon pollution into the air as an additional 20 million cars on the road. The National Wildlife Federation has joined with other conservation and environmental groups in repeatedly asking EPA to effectively implement the land conversion prohibition, and in calling on Congress to reform the law by reducing the mandate, focusing on cellulosic and truly advanced fuels, and establishing funding to protect and restore wildlife habitat.

The final rule issued today by the EPA is part of its annual process for implementing the biofuel blending requirements in the Renewable Fuel Standard (RFS) adopted by Congress in 2007. The rule sets the volume obligations for corn-based ethanol at 15 billion gallons next year, consistent with the current year and the maximum allowed under the law. The rule also stays the course on biomass-based diesel, the level for which is set a year in advance and which is principally made from soybean oil, holding the requirement steady at 2.1 billion gallons. Soy biodiesel, however, also qualifies for the portion of the mandate for so-called “advanced biofuels,” which is being set at 4.29 billion gallons, a slight increase over the current year.

In contrast, the rule essentially removes all support for cellulosic fuels, which hold the promise of far better environmental performance than corn- and soy-based fuels. It also continues to thwart the provision of the law meant to prevent conversion of grasslands, forest, wetlands, and other wildlife habitat into cropland to produce crops for biofuel.