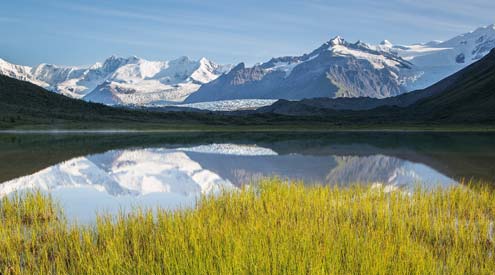 WASHINGTON — Congress just passed a tax reform bill including a provision that would open the Arctic National Wildlife Refuge to mandated lease sales for drilling and fossil fuel extraction.

“As millions of children dream tonight about reindeer pulling Santa’s sleigh, the Republican Congress voted to decimate critically important calving habitat for America’s reindeer (the Coastal Plain of the Arctic National Wildlife Refuge hosts the migration of 200,000 porcupine caribou, a.k.a. reindeer). Allowing drilling in one of America’s most sacred places — not for national security or economic necessity, but under the guise of offsetting less than 0.1 percent of $1.5 trillion in tax cuts — is a betrayal of 60 years of bipartisan conservation leadership and will irreversibly mar essential habitat for polar bears, porcupine caribou, and musk oxen with a checkerboard of well pads, roads, landing strips, and pipelines.

“But this fight is not over. Just because Congress has opened the refuge to allow drilling does not mean it should be drilled and we will work with responsible companies to ensure that it’s not. As this month’s auction for 10 million acres of leases in the National Petroleum Reserve demonstrated (in which only 80,000 acres received bids), there is virtually no market demand for drilling in the Arctic, given the significant risks and exorbitantly high costs. The National Wildlife Federation will stand with our tribal partners and work with companies and investors to defend one of America’s last great wildernesses, for our children, our grandchildren, and America’s wildlife every step of the way from the boardroom to the courtroom.”