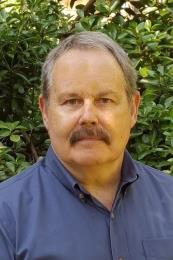 "From the Deepwater Horizon oil spill and climate change to Everglades restoration and public lands defense, including the Arctic National Wildlife Refuge, Jim Lyon has been at the center of some of the most pressing conservation issues of our time.” said Collin O’Mara, president and CEO of the National Wildlife Federation. “For more than two decades, Jim brought together disparate voices to form a cohesive movement, because he believes that when different groups set aside their differences and work together, good things happen for wildlife and habitat conservation.”

The Charlie Shaw Conservation Partnership Award honors individuals who have demonstrated a true appreciation for the value and potential of the NWF-affiliate partnership. The award ceremony took place at the National Wildlife Federation’s annual meeting held at Skamania Lodge, in Stevenson, Washington.

“Jim’s decades in the trenches gives him a great sense of what needs to happen next and who needs to be looped into any given conversation,” said Angie Rosser, Executive Director of the West Virginia Rivers Coalition. “He has real respect for the power of local voices and that is why he is an invaluable member of the greater Federation family.”

Lyon has represented the National Wildlife Federation on numerous coalitions and alliances including the Green Group, Sportsmen for Responsible Energy Development, the Blue-Green Alliance, the Partnership Project, the Climate Action Campaign, the American Wind Wildlife Institute, and the Western Coalfield Alliance.

“Throughout my career I’m always felt pretty rewarded just by the fact that I get to work on such amazing things for a living. But upon reflection, it’s been the people and the organizations that I’ve worked with that goes to the heart. And then on top of it all, getting honored by them makes it real special,” said Lyon.

As the vice president for conservation policy for the National Wildlife Federation (NWF), Jim Lyon is instrumental in developing and implementing strategies and campaigns to help the Federation achieve its national policy goals. Throughout his over 20 year tenure with NWF, Jim has engaged on a host of conservation issues, including the Gulf oil spill; climate change and energy policy; conservation funding; Everglades restoration; public lands protections including special places like the Arctic National Wildlife Refuge and defending keystone environmental protection laws like the Clean Water Act, Clean Air Acts, and Endangered Species Act. He has lobbied and testified before Congress, written numerous reports and books on natural resource policy, and worked with many citizen organizations across the country to help communities impacted by environmental degradation and pollution problems. As an expert in conservation policy, Jim has spent the past three decades working to bring affiliate and Federation priorities to the fore with national policymakers, elected officials, and the media.