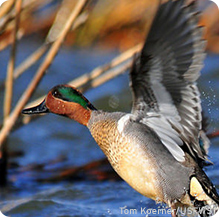 These comments come as the environmental benefits of biofuels are facing intense scrutiny. In 2011 and 2016, the National Research Council and the Government Accountability Office, respectively, concluded that the Renewable Fuel Standard (RFS) is unlikely or failing to meet its climate mitigation goals. Recent research has also found that 7 million acres of native habitat in the U.S. were converted in to crop production during the biofuel ramp-up in the years following the passage of the current RFS.

“We’re concerned that most biofuels are a cure worse than the disease,” said Congressman Waxman. “We’d like to have second-generation, ultra-low carbon fuels, but what we actually have is corn ethanol and soy and palm biodiesel. These food-based fuels offer no climate emissions advantages and contribute to the conversion of native habitats for agricultural production.”

“The corn ethanol mandate has had massive unintended consequences on our public health, wildlife, and drinking water – and it’s time for our elected officials to make long-overdue reforms to the Renewable Fuel Standard,” said Collin O’Mara, president and CEO of the National Wildlife Federation. “Congress can put in place common-sense, bipartisan reforms that advance sustainable fuels the right way – solutions that work for family farmers while protecting our water, wildlife, and economy.”

Sierra Club Executive Director Michael Brune added, “The increase in ethanol production has resulted in the destruction of local land and water resources all while producing the same amount of dirty emissions as fossil fuels. It's obvious that corn ethanol is not a solution to the climate crisis. Communities and families across the country deserve truly clean fuel options that won't wreak havoc on their health and communities. It's high time the EPA stop subsidizing the ethanol industry and eliminate the use of ethanol in our fuels once and for all.”