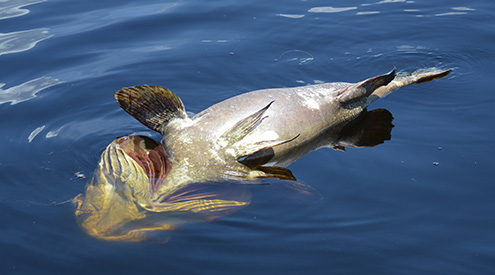 WASHINGTON —Today, the Senate Committee on Science, Commerce and Transportation is holding a hearing on the recent upswing in outbreaks of toxic algae nationwide. Collin O’Mara made the following comment in advance of the hearing:

“I just got back from southwest Florida and I was astounded by the carnage – tens of thousands dead fish, dead sea turtles, manatees, and dolphins, closed beaches, and a putrid stench that went on for miles. Florida’s toxic algae crisis is particularly extreme but there are similar situations across the country—in Arkansas, the Great Lakes, the Chesapeake, the Finger Lakes, and elsewhere. Increasing water pollution, poor water management decisions, and warming waters fueled by climate change are exacerbating these outbreaks and creating economic and environmental disasters nationwide.