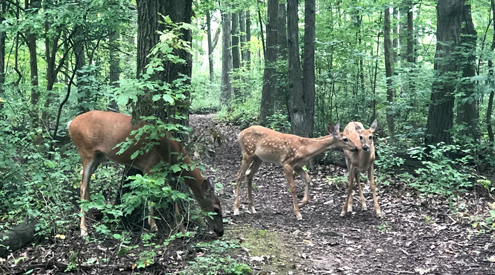 “Chronic wasting disease is one of the greatest threats facing deer and elk. It also jeopardizes the vital conservation funding that hunters generate through license sales and excise taxes on sporting equipment,” said Mike Leahy, director for wildlife, hunting, and fishing policy for the National Wildlife Federation. “Thank you to Senators Barrasso, Bennet, and Jones and Representatives Abraham and Veasey for working across the aisle to support research that will help state wildlife managers conserve bedrock species of our outdoor heritage.”

The legislation is supported by the National Wildlife Federation and other groups including the Theodore Roosevelt Conservation Partnership and the National Deer Alliance.

Founded in 1936, the National Wildlife Federation is the country’s largest conservation organization, representing 51 state and territorial affiliate organizations and over 6 million members and supporters. Its mission is to unite all Americans to ensure wildlife thrive in a rapidly changing world.