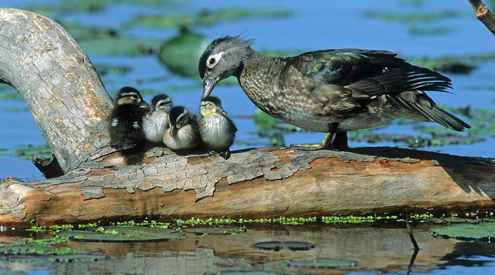 The EPA’s standard sets volume limits under the Renewable Fuel Standards program, which requires fuel producers to blend tens of billions of gallons of primarily corn ethanol and soy biodiesel into fossil fuels sold to consumers. Although the program was intended to help reduce greenhouse emissions, it has instead led to the conversion of millions of acres of grassland to primarily corn production. This has instigated the loss of vital habitat, massive nutrient pollution runoff into waters, and released up to 131 million metric tons of carbon into the atmosphere from the soil and lost vegetation — the equivalent of 38 coal-fired power plants.

“Today’s action serves one purpose: To ensure the EPA follows the law and abides by provisions to protect wildlife, habitat, and our natural resources. The Renewable Fuel Standard, as implemented by the EPA, has decimated millions of acres of native grasslands, drained important prairie potholes that nurture waterfowl, and added to the nutrient pollution that fuels the massive dead zone in the Gulf of Mexico,” said Julie Sibbing, associate vice president for land stewardship at the National Wildlife Federation. “From exacerbating climate change to destroying habitat, the costs of the status quo are too steep and the benefits too limited. The EPA must implement the Renewable Fuel Standard as written by Congress and comply with requirements to minimize impacts on wildlife and their habitat.”

The suit alleges that EPA fell short in complying with the law in important ways: