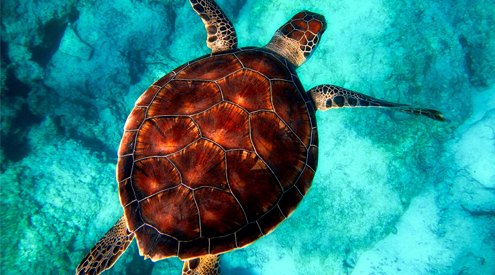 5 Million College Students, Faculty and Staff Engage in the War on Plastic Pollution and Solid Waste in National Tournament

The 2019 RecycleMania competition results are in with campuses recycling and composting 69.5 million pounds of waste and cutting out more than 300 million single-use plastic bottles.

Washington, DC — Plastic pollution and solid waste disposal are rising as a critical threat to the world’s wildlife and to human health. There are few solutions to this problem as important as engaging and educating America’s future leaders on the dangers of solid waste and plastics build-up, and how the problem can be addressed through reduction of use, recycling, composting, and more.

The RecycleMania competition is designed to educate and challenge students, staff and faculty at U.S, college campuses to compete for best in category by reducing and recycling the most waste in an prescribed eight week period.

The competition measures such factors as how much of a campus’s waste stream is recycled, how much is diverted, per capita results, food waste abatement and more. It also examines the effect of education on young people avoiding single-use plastics such as disposable bottles and packaging.

Some 300 campuses in 43 states competed in RecycleMania in 2019 engaging 4.25 million students and 900,000 faculty and staff for a total of more than 5.1 million participants.

From Feb. 3 to March 30, the participating colleges and universities recycled or composted (and donated to food banks and farms and used for biofuels) 69.5 million pounds of waste. In these eight weeks, the participants prevented the release of 99,254 metric tons of carbon dioxide equivalent (MTCO2E) into the atmosphere, which is equivalent to preventing the annual emissions from 20,895 of cars.

Loyola Marymount University in California wins in two of the main RecycleMania categories – the diversion category recognizes Loyola for the highest waste diversion percentage of 89%, and the per capita category awards Loyola for recycling the largest combined amount of paper, cardboard and bottles and cans on a per person basis (both students and staff); Loyola’s per capita for the 2019 competition was 78 lbs. per person. Knox College in Illinois takes first place in Food Organics, for donating close to 5,000 pounds of food to a local food bank.

RecycleMania also features special categories that require one time reporting during the 8 week time frame. Southwestern College in Kansas wins for the Electronics category for highest per capita, and Saint Louis University in Missouri wins for total amount recycled; Union College in New York wins the Race to Zero Waste category for their efforts to significantly reduce their waste stream in one building over a one month period; and Ohio State University (highest diversion rate) and Rutgers University (highest per capita) lead the way for GameDay Basketball.

Complete results for these and other categories can be found at recyclemania.org, including a breakout that shows how schools performed by Carnegie, as well by state, athletic conference and other groupings. The national winners of each category are recognized with an award made from recycled materials.

“RecycleMania not only helps campuses improve their recycling and reduce waste, its framework provides guidance for campuses to work toward zero waste” said Stacy Wheeler, president of RecycleMania, Inc. “The RecycleMania competition engages millions of students each year, and helps them gain skills through their leadership as part of the RecycleMania teams.”

“For 19 years, RecycleMania has engaged and educated millions of students, faculty and staff at more than 1,000 colleges and universities in how reduction, recycling and composting can save our environment and wildlife habitat,” said Kevin Coyle, vice president for education and training at National Wildlife Federation. "In those years Tournament participants have also prevented the release of nearly 1.55 million metric tons of carbon dioxide equivalent, which is comparable to removing over 320,000 passenger vehicles from the road for one year."

In recent years the true threat posed by plastics and solid waste pollution has become better understood through the identification of vast areas of floating plastic trash and particles in our oceans. One of these, in the northern Pacific, is twice the size of Texas. This plastic waste is ingested by sea creatures of all kinds, fish, whales, dolphins and turtles and, importantly, smaller animals such as shrimp and plankton. This means it gets into the food chain and, in turn, is ingested by humans. It is now estimated that 90% of all seabirds are ingesting plastic particles and floating trash as they mistake it for food. Most official estimates are that just 9% of recyclable material is actually recycled, making it clear there is a huge need for improved public education. There is also a huge need for educating people on how to avoid generating solid waste and plastic pollution altogether, through such practices as reusable containers and bottles. The plastic pollution and solid waste problem is not just an ocean issue. Freshwater systems, including major drinking supplies and land areas across the U.S., are likewise seeing more solid waste pollution posing a threat to land and water creatures, people and habitats.

RecycleMania has been helping campuses reduce waste and improve their recycling efforts, since it’s launch in 2001. Today it is the nation’s premier waste reduction and recycling competition among colleges and universities, in partnership with the National Wildlife Federation.

Change is coming for the 2020 RecycleMania competition. RecycleMania Inc. and NWF are ramping up our efforts to help campuses work toward zero waste. With that goal in mind, a few changes to look forward to include a new competition name, main engagement category, and more resources to support campuses in their efforts to work toward reduced and zero waste, and advancing their knowledge to learn how to move toward a circular economy. Please visit the 2019 RecycleMania scoreboard to check the complete results of this year’s tournament.