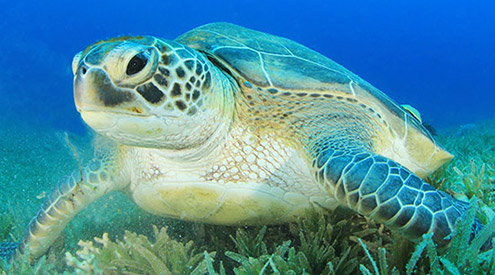 EPA Power Sector Plan is Anything but Clean

The new Affordable Clean Energy rule, finalized today, would replace the first ever federal carbon pollution standards for power plants — called the Clean Power Plan. However, the EPA’s plan is not only substantially worse than the Clean Power Plan, which would have reduced emissions from the power sector 32 percent by 2030, EPA’s proposed replacement is worse than if the agency had done nothing at all.

“How we choose to power our nation will determine how serious we are about confronting climate change,” said Shannon Heyck-Williams, director of climate and energy policy at the National Wildlife Federation. ”The EPA must ensure clean air, water and land for Americans and wildlife. Unfortunately, this plan does nothing to live up to these responsibilities, and instead opens the door to more pollution and the escalating effects of climate change.

“The current Administration’s political agenda is blind to facts, but the science is clear: we must deal with climate change, now. The EPA should reverse course to put the power sector on target to meet Paris Agreement goals, and then achieve net zero economy-wide emissions no later than 2050.”