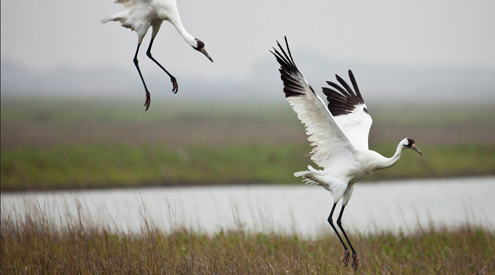 'The future of the natural world depends upon us.'

Washington, DC — The Recovering America’s Wildlife Act will help address and reverse America’s wildlife crisis. The bipartisan legislation, which has more than 50 original cosponsors from both parties, would fund efforts to help recover 12,000 species considered in need, including the more than 1,600 U.S. species listed under the Endangered Species Act.

“More than one-third of all wildlife species in the United States are at-risk or vulnerable to extinction. If we are serious about saving our wildlife heritage, we must invest in on-the-ground solutions that match the magnitude of the crisis,” said Collin O’Mara, president and CEO of the National Wildlife Federation. “We can overcome America’s wildlife crisis by restoring and reconnecting habitat, removing invasive species, eradicating wildlife diseases, reducing pollution, and mitigating climate impacts — the future of the natural world depends upon us.

“Thank you to Representatives Dingell and Fortenberry for working together to find bipartisan solutions that will accelerate the recovery of America’s wildlife through proactive, collaborative conservation efforts.”

About the Recovering America’s Wildlife Act: