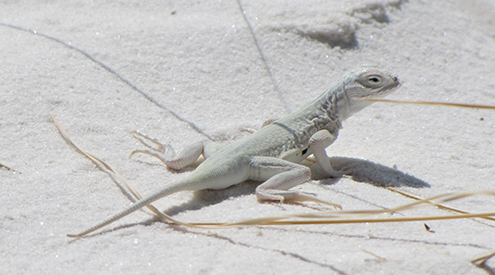 Today’s Senate vote to create the White Sands National Park in southern New Mexico is good news for wildlife, outdoor recreationists and local communities. The new designation will bring additional resources for the area and continue to fuel a growing outdoor recreation economy.

Established in 1933 as a national monument, White Sands is home to more than 800 different species of wildlife and welcomes more than 500,000 visitors every year.  The new designation, which was part of the National Defense Authorization Act, includes a land exchange with the Department of Defense to better safeguard the missile range which borders the monument.  According to a study conducted by Headwaters Economics, making White Sands a national park could generate an additional $7.5 million in tourism spending.

“White Sands National Park will attract more visitors to the region which is good news for all of us in New Mexico,” said Jesse Deubel, executive director of the New Mexico Wildlife Federation. “The new designation brings much deserved attention to this national treasure, which contains the largest gypsum dune field in the world, abundant wildlife and artifacts dating back nearly 12,000 years.”