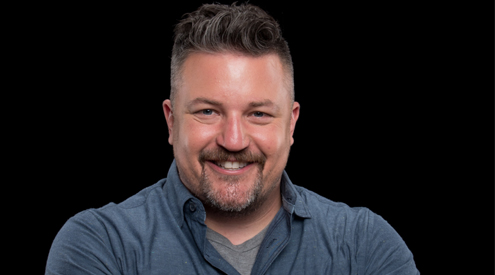 Encouraging Americans to Learn About Local Wildlife, ‘Wild Thing’ Will be Available Daily via Amazon Devices Throughout April

Starting today, “Wild Thing” will present audiences with a new briefing every Monday through Friday throughout April. Installments will feature facts, information, and captivating sounds from the National Wildlife Federation’s new Nature Guides. Mizejewski will co-host the podcast alongside Judge, whose podcast This is Love recently launched a new season featuring stories of animals and perseverance.

“America’s wildlife are in crisis, and we at the National Wildlife Federation are working non-stop to support and recover species across North America. We need more people to join our work to ensure our wildlife and natural heritage endure for future generations,” Mizejewski said. “Through ‘Wild Thing’ we hope to celebrate our National Wildlife Week and encourage all Americans to support wildlife conservation and learn more about the fascinating animals that call our country home.”

“From wolf packs in Yellowstone to fish in Antarctica, our new season of This Is Love brings listeners to the wild,” Judge said. “Our hope is that these stories give some insight into how we’re all connected. We’re also excited to partner now with the National Wildlife Federation to bring audiences ‘Wild Thing,’ connecting listeners maybe a little bit further to the extraordinary world outside their door, even for a few moments each day.”

David Mizejewski is an expert on wildlife and our environment. He has hosted television series and regularly appears in the media to promote wildlife conservation. He specializes in urban ecology, the role that native plants have on wildlife populations, and helping people connect to nature by restoring wildlife habitat in their cities, towns, neighborhoods, backyards and gardens. He authored Attracting Birds, Butterflies and Other Backyard Wildlife. Visit the National Wildlife Federation Media Center here. To schedule Mizejewski for a media appearance or interview, please contact Hali Simon at SimonH@nwf.org.

Phoebe Judge is the host and co-creator of the podcasts Criminal, This Is Love, and Phoebe Reads A Mystery. Previously, Judge was a host at WUNC North Carolina Public Radio and a reporter based in the gulf coast of Mississippi. Judge covered the BP oil spill and the aftermath of Hurricane Katrina for Mississippi Public Broadcasting and NPR, and her work has received multiple Edward R. Murrow and Associated Press awards. To hear the new season of This Is Love, visit Apple Podcasts here.