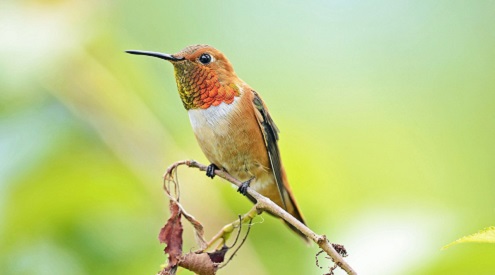 One Year After Wildlife Crisis Report, Trendlines Still Pointing in the Wrong Direction

WASHINGTON, D.C. — One year after the Intergovernmental Science-Policy Platform on Biodiversity and Ecosystem Services warned that one million species were at risk of extinction due to human activities, wildlife species are worse off and have fewer protections to speed their recovery.

In the year since the extinction report, wildlife worldwide are still declining. According to a National Wildlife Federation analysis, of the 15,649 globally threatened species tracked for population trends by the International Union for the Conservation of Nature (IUCN) Red List — a widely used and respected database of wildlife species — 90 percent are declining, 9 percent are stable and only 1 percent are increasing.

“America’s wildlife is in crisis, essential ecosystems are in danger of collapsing and we are facing a pandemic stemming from the illegal wildlife trade,” said Collin O’Mara, president and CEO of the National Wildlife Federation. “To save species and reverse these troubling trendlines, we must act on sound science and invest in the conservation projects that protect wildlife and our way of life. We urge our leaders to prioritize wildlife conservation, because when we save wildlife we save ourselves.”

2019 began with the death of Lonely George, the last Hawaiian tree snail of his kind. Later in the year, there was another notable loss: the death of Harapan, Malaysia’s last Sumatran rhino, leaving just 80 individuals of the species remaining in nearby Indonesia.

“The extinction crisis continues to accelerate worldwide,” said Dr. Bruce Stein, National Wildlife Federation chief scientist and a member of the IUCN Species Survival Commission. “Nearly 900 species already are listed as extinct on the IUCN Red List, a number that we can expect to grow in light of the ongoing population declines among the Earth’s most threatened species.”

Despite these continuing declines, 2019 was the first year since 1974 in which the U.S. Fish and Wildlife Service did not list any additional species under the Endangered Species Act. The Fish and Wildlife Service also is pursuing changes to the Endangered Species Act that could make it more difficult for policymakers to protect species on the brink.

Recovering species from the edge of extinction has been done before. In fact, in 2019 the Kirtland’s warbler was declared recovered and removed from the federal list of endangered species, while the Guam rail became the second bird in history to recover after being declared “extinct in the wild,” according to the International Union for Conservation of Nature.

Once imperiled species — such as bald eagles, gray wolves and humpback whales — have made remarkable recoveries thanks to long-term and concerted efforts to protect and restore their populations. Despite growing threats to wildlife from habitat loss, invasive species and a changing climate, these declines can be reversed. It takes sound science, robust, long-term investment — such as passing the bipartisan Recovering America’s Wildlife Act (H.R.3742) — and actions that prioritize wildlife, habitat and America’s outdoor heritage, to save iconic wildlife species for generations to come.